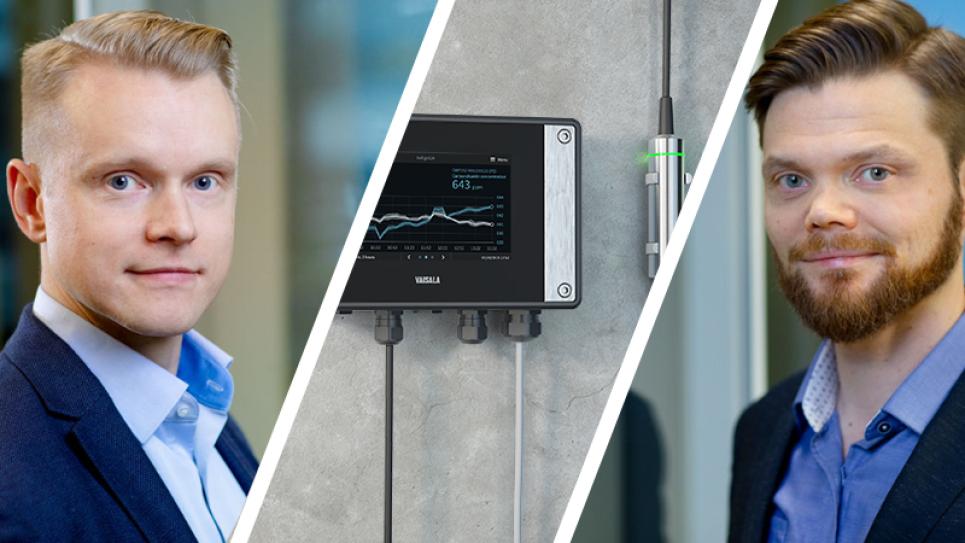 The Vaisala Indigo family is a modular solution with interchangeable probes, smart transmitters, and Indigo Insight PC software. There are many probe options to choose from measuring several parameters: humidity, temperature, dew point, carbon dioxide, moisture in oil, and vaporized hydrogen peroxide. The probes can be attached to three different transmitters: the Indigo201, Indigo202, and Indigo520. But when is a probe sufficient on its own – and when do you need both a probe and a transmitter?

Indigo-compatible smart probes are based on our well established technology and include everything required to perform measurements – the probes are actually already transmitters.

The Indigo-probes have been designed to take users into consideration. Small details are important, for example, standardized cables and an indicator light in the sensor body that shows if the probe is powered. The light also indicates if the communication link is working. When it starts blinking, data is transmitted successfully to the system. Think of a situation where you are installing several probes in a difficult place, like 6 m above the floor, inside a large industrial facility. How do you know that they are working? The indicator light in Indigo-compatible probes tells you both that they are working and that they are transmitting data. In a fault situation the indicator light turns red. This is one of many details that reflect the device’s high quality.

Standardized cables also offer great flexibility. If you need a longer cable, you don’t have to return the entire product to us; instead, you can simply use a standard cable to connect the transmitter and the probe.

Deciding whether to use just a probe or a combination of probe and transmitter is determined by what kind of system connections you have. Can you use Modbus RTU serial protocol, for example? Is your power supply suitable? Is there a need for galvanic isolation?

Typical customers that might choose to use a probe on its own are often Original Equipment Manufacturers (OEM), or someone building an integrated system with its own user interface for observing measurement data. All end users can employ a stand-alone probe if the requirements between the system link and the voltage supply are met, and if you don’t need the advanced features that the transmitters provide. However, there aren’t any specific application areas or industries where using a stand-alone probe is particularly beneficial. Sometimes companies start out convinced that they need both a probe and a transmitter but end up discarding the latter. For example, a pharmaceutical company first purchased Indigo-compatible probes together with Indigo201 transmitters. After some time, they realized that using Modbus works perfectly well for them and decided to use just the Indigo measurement probes without the Indigo transmitters.

Benefits of using a transmitter 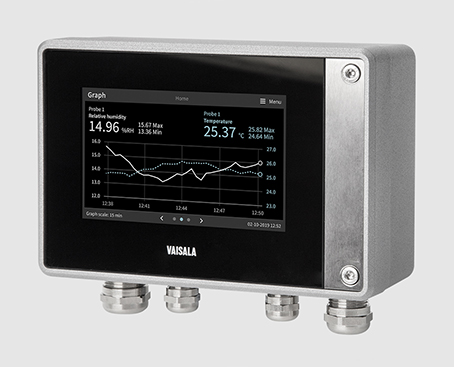 Even though the Indigo probes can be used as a standalone measuring instruments, using them together with an Indigo transmitter is highly recommended. For example, having a local display in the transmitter is useful, when something isn’t clear or there’s a problem, or when performing maintenance work in the field. Hidden costs may decrease considerably. For example, data from probes is shown on the transmitter display, allowing users to view what is going on.

Let’s take a look at a real-life example of a northern European customer who bought Indigo probes without transmitters for an end user located in the Caribbean. The probes were connected to the end-user’s automation system using an analog signal. A problem emerged and despite a lot of troubleshooting, the end user couldn’t figure out root cause. The purchasing company finally sent a technician to the Caribbean only to learn that the analog signal had wrong scaling, which caused the system to not respond correctly to what the probes transmitted. In this case, had the purchasing company opted for a transmitter with a display connected to the system, the purchasing company would not have had to send a technician at all. It would have been more cost efficient to purchase the transmitter with a display in the first place.

If you are looking for maintenance efficiency, it’s not enough to have analog output transmitters with manufacturer-specific service cables and a technician checking measurement devices one by one. Transmitters with displays would be the only smart choice in big industrial facilities, where there may be hundreds of measurement probes.

Yet another reason why the transmitter is important is viewing history data. Sometimes automation systems don’t archive data for long periods or even at all, making it good to have local data storage in the transmitter. It’s very convenient to analyze the historical data from the trend view, while inspecting process conditions in the field. The event log is also excellent for examining random process failures.

Let’s not forget that transmitters are also extremely watertight junction boxes. Transmitters with wiring headers inside tolerate extreme conditions very well, so there’s no need additional field boxes for interconnection. All the connections can be made inside the transmitter enclosure.

Analog messages are often not adequate for modern industrial applications – more sophisticated transmitters are needed to transmit specific data like whether the measurement is working properly, if the data is reliable, and reasons why the transmitter is showing zero. In dew point measurement it’s important for users to know when auto-calibration takes place, which is when measurement data is either not available or not reliable; analog messages cannot show this. For online-offline measurement status to show in analog messages, you would need separate signal for relay and binary input. This problem applies to analog channels only. If you use numeric system links like Modbus RTU, Modbus TCP/IP, or OPC UA, there are no restrictions on how many numeric values you can transmit from the device.

While analog outputs may appear simple, in reality they may be more complicated as the system requires signal conversions. Digital communication on the other hand allows the transmitters to connect directly to an existing automation system without additional complexity. Another advantage of digital communication is the elimination of inaccuracies that appear in analog-to-digital conversion. There’s also no need to calibrate the analog loop, which is important in critical manufacturing industries like pharmaceutical companies. In addition to calibrating the sensor, users may also need to calibrate the analog signal going into the system. In the numeric link the message is always numerically accurate and there’s no need for data transfer calibration.

The Indigo520 transmitter has been thoroughly tested in laboratory conditions. According to Vaisala’s testing philosophy, measurement devices are tested beyond what is required by standards. The transmitter is exposed to different temperatures, humidity levels, salt fog, UV light, mechanical shocks, and vibrations until it fails, providing genuinely reliable insight into what the product can tolerate in the field. Based on this we can guarantee the specifications of the device are tried, tested, and true.

The Indigo520 transmitter with Modbus TCP/IP based on Ethernet is an ideal option for Indigo-compatible smart probes. The wide selection of probes measuring humidity, temperature, dew point, moisture in oil, carbon dioxide, and vaporized hydrogen peroxide can be used in many applications and even in harsh environments. Both Indigo transmitters and probes are corrosion resistant and tolerate different environments and temperatures very well. One of the most demanding environments where the Indigo520 has been installed is a power transmission field in Perth, Australia. The device is exposed to the elements 24/7, including direct sunlight.

When using the combination of transmitter and smart probes, they are also easy to detach and send for calibration without having to remove the transmitter. A laboratory-calibrated replacement probe can be attached to the transmitter, which minimizes downtime considerably.

All things considered, it’s generally recommended to choose one of the Indigo transmitters with the Indigo probes.

Learn more about the Indigo family.
Or, read how using the Indigo520 transmitter helped one of our customers. 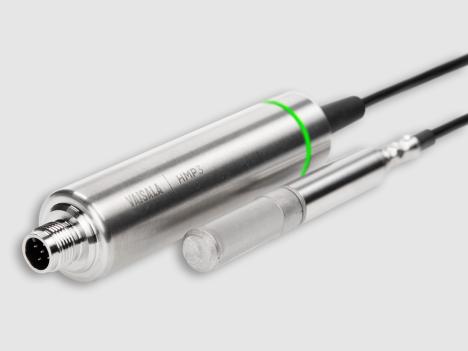 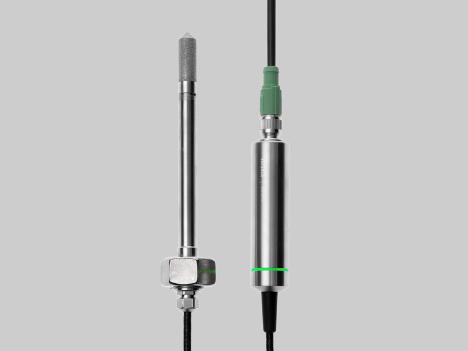 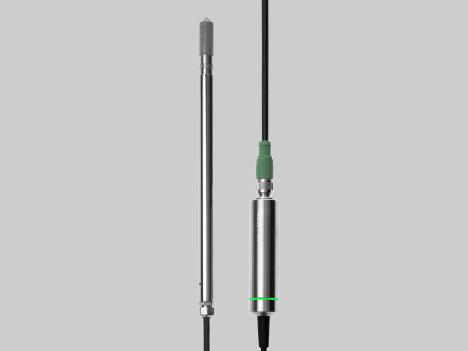 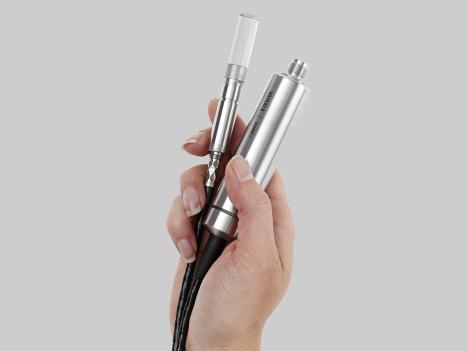 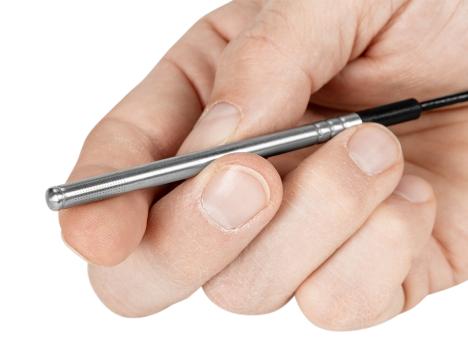 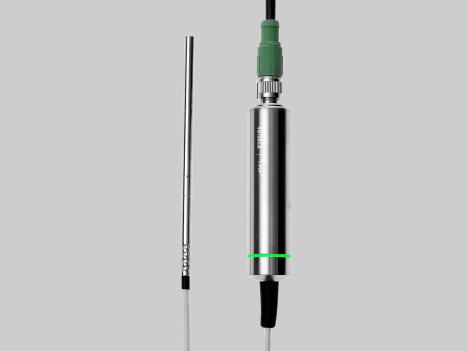 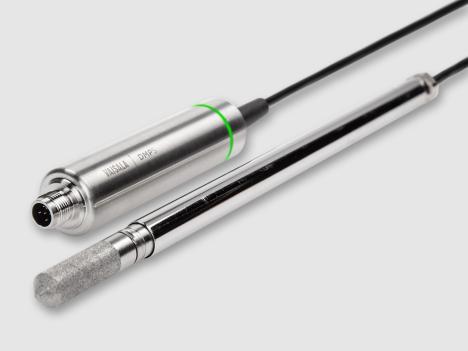 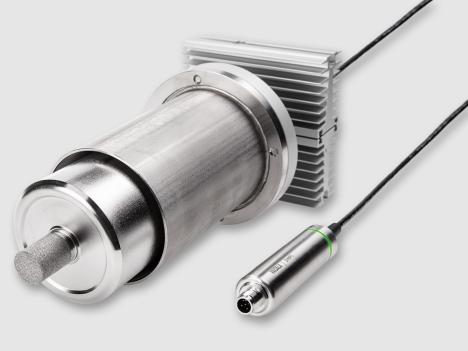 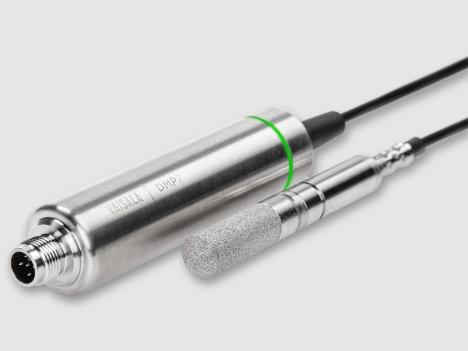 for remote installations in tight spaces
Vaisala DRYCAP® Dew Point and Temperature Probe DMP7 is made for tight spaces and low-humidity...
Read more 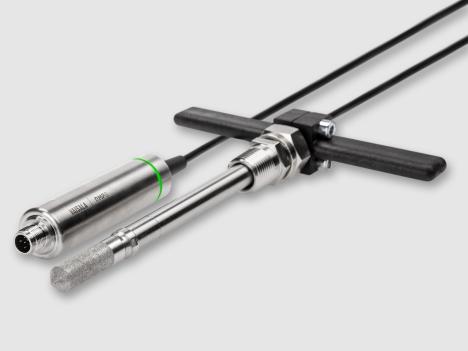 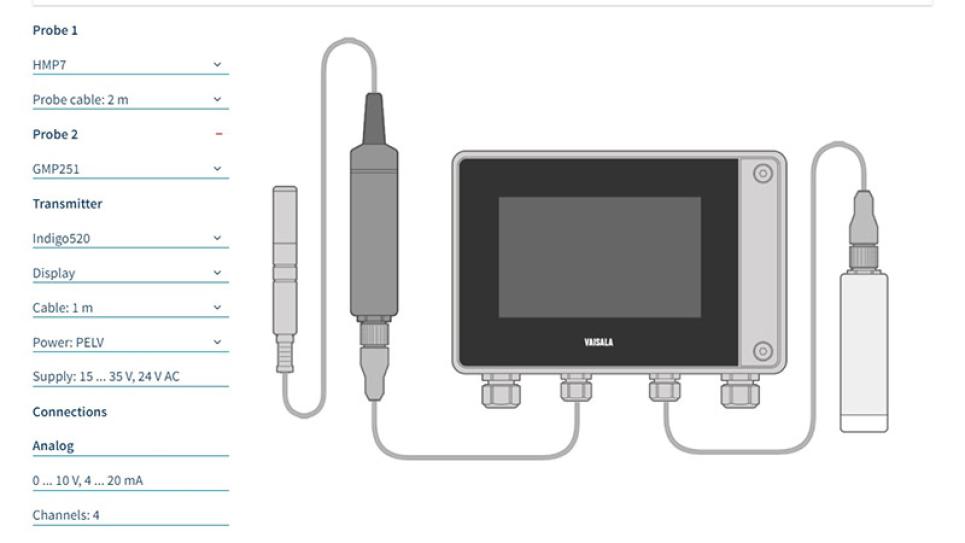