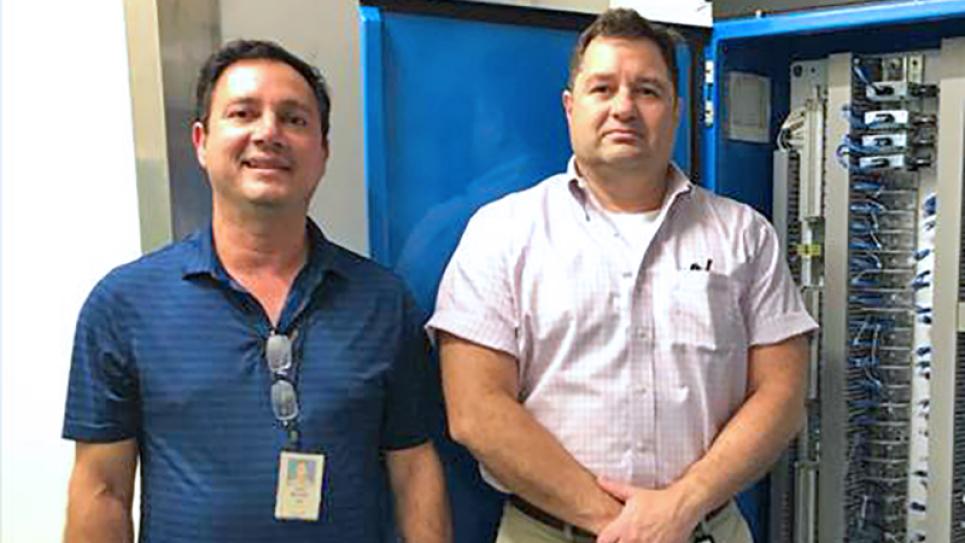 “After installing viewLinc, we were pleased with the system, but it was during the hurricane that it really proved itself...”
- Luis Johnson, Site Automation Engineer, Teva Florida (right) with Jose Moure, Maintenance Engineer (left).

Teva is the world's largest generic pharmaceutical organization. Among a wide range of products, the company also develops biologic and biosimilar products in oncology and other therapeutic categories. Teva has more than 80 manufacturing and distribution facilities around the world and annually produces an average of more than 10 doses for every human on earth.

When a US-based Teva facility made the decision to upgrade their continuous monitoring system (CMS), they compared three system vendors. Their existing monitoring system had become expensive and labor-intensive.

“There are multiple applications in our facility, ranging from cleanrooms, warehousing, stability chambers, refrigerators, incubators and controlled storage of high potency products,” says Johnson. “To ensure we could monitor and document equipment performance as efficiently and accurately as possible, we recognized that we needed to upgrade our technology.”

After evaluating all three systems, they chose the Vaisala viewLinc monitoring system. Johnson recalls there were three key reasons for the selection: data integrity, browser-based monitoring, and fast, easy reports. Most important in terms of regulatory requirements is continuous data. “The Vaisala data loggers record in standalone mode, regardless of power or network connectivity,” says Johnson. “The ability of the loggers to provide over 30 days of continuous data without the need of any external power source is really important in these environments.

“The other vendors had different ways to achieve data logging in case of power outages, but they were offering a localized uninterrupted power supply,” says Johnson. “The problem with that method is that it requires hundreds of devices in addition to the sensors … these devices typically have big batteries and require their own maintenance. The Vaisala data loggers have a battery built into each device and can monitor without external power for eight to 10 years.”

In September 2017, Hurricane Irma, the most powerful Atlantic hurricane on record, hit southwest Florida. Over six million Floridians were evacuated in the largest state evacuation ever. Total damages were estimated at $64 billion USD, making Irma the fifth-costliest hurricane on record. While the Teva facility was equipped with back-up generators to ensure the building automation systems continued to function, temperature and humidity increased greatly throughout the storm.

“After installing viewLinc we were pleased with the system, but it was during the hurricane that it really proved itself,” recalls Johnson. “Once we were able to return to work, we began analyzing conditions during the power outage. We were happy to find all records were complete. This gave our Quality team all the data they needed to determine whether products were maintained within required specifications during the storm. We verified and saved product that might otherwise have been needlessly destroyed because of the storm. As a result, our products reached patients without interruption, and the savings were huge.”

The second feature that made viewLinc the best monitoring system was its web-based user interface. Some monitoring systems involve installing executable packages on every workstation. The viewLinc system is securely accessible online to employees who have been given permission from a viewLinc administrator. As long as they are able to access the corporate intranet, they can view dashboards, trends, manage alarms, and run reports. Johnson notes that other monitoring system vendors offer web-based monitoring, but with limitations that viewLinc doesn’t have.

The third advantage of viewLinc was the software’s ability to manage large amounts of data from an unlimited number of devices. “We have hundreds of probes sampling every minute,” says Johnson. “But viewLinc compresses this information and takes up little space on the server. “As an example, I can run a query for 6 months, minute by minute, and get a full report in a few minutes. That’s hundreds of pages of data. That is phenomenal,” says Johnson.

“Whatever the viewLinc developers did when they designed the system database, they did it right.”

The viewLinc software’s query efficiency comes from its lightweight, embedded database that has no administration or maintenance requirements. There are other features that have made the system the right choice for Teva: employees use the same login credentials for viewLinc that they use for their workstations; they can display graphics (schematics or area photos) and superimpose the sensor location over the images for quick visuals of their areas; and viewLinc’s audit trail shows every interaction with the system, from login to logout.

Another convenience in viewLinc is that users can annotate events with explanations and corrective actions. If a question ever arises regarding an excursion, the software provides an intuitive and secure way to record details about how it occurred and how it was handled. This ensures all activities are tracked and recorded in a way that anticipates an auditor’s questions about events like temperature excursions.

Johnson notes that people who do not work in the automation industry tend to confuse environmental monitoring systems with SCADA or Building Management Systems. A SCADA/BMS system can do anything a monitoring system can, and then some, but at a much higher cost. With a system like viewLinc, where functionality is limited to monitoring, alarming and reporting, costs and validation efforts are significantly reduced.

“The viewLinc system was a perfect fit for what we needed,” says Johnson. “It’s much simpler than SCADA. We only needed reliable monitoring that would aid with compliance and never let us down during power or network interruptions.”

It was key for Teva to collaborate with a vendor that supports their products long after the initial startup and training. The team in Florida work with Vaisala’s technical support to ensure all system users get the most out of viewLinc. Although the software is extremely user-friendly, it still takes time to become familiar with all its capabilities.

“We recently installed a viewLinc testing environment so that when we get new loggers, or someone wants to learn the software without going into our live, validated system, we have an environment where staff can practice setting up and running reports, creating alarm thresholds, annotating events and other common tasks.”

Although Teva has an in-house calibration department, they decided to use Vaisala calibration as a cost-effective way to maintain sensor performance. With Vaisala’s comprehensive calibration package, great user experience, and monitoring data that withstands catastrophic power failures, the viewLinc monitoring system provided a return-on-investment that will continue to grow. 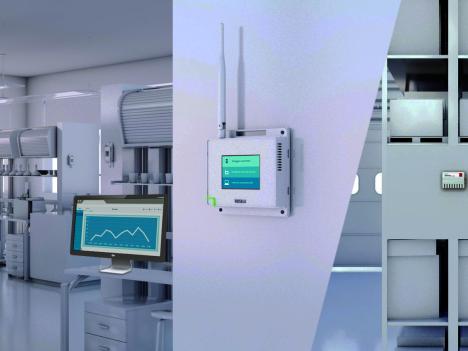 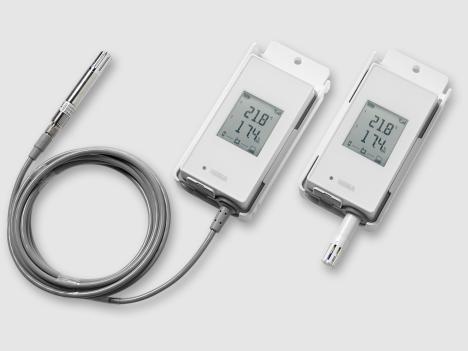 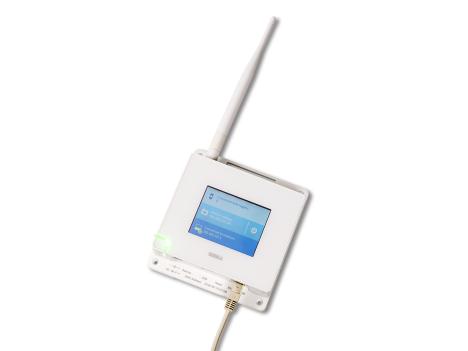