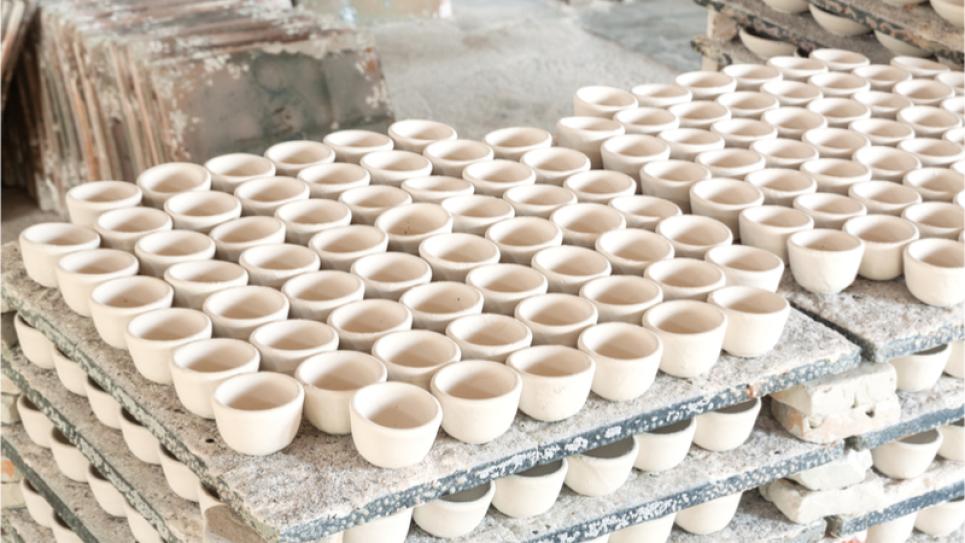 Koramic Pottelberg, part of Wienerberger Group, manufactures Koramic brand roofing tiles in Kortrijk, Belgium. The facility produces 70 million pieces of ceramic a year, most of which are roofing tiles, for customers in Belgium, the Netherlands, France and the UK, where the climatic conditions demand high-quality tiles. As part of its continuous drive to increase the energy efficiency of its operations, Koramic Pottelberg has incorporated humidity measurements taken by Vaisala equipment as part of its energy-recovery project. As a result, the energy consumption of its dryers has been significantly reduced.

Mastering an ancient craft and a modern challenge

Although transforming clay into building materials is one of the world’s oldest trades, brick making is a difficult craft to master. “Our clay is a challenging material for drying,” says Steven Debels, Plant Manager at Koramic Pottelberg. “It naturally contains a lot of water between the layers. This may cause tensions or cracks in the final product if the drying process is not well controlled,” he explains. As well as product quality, energy consumption is a key consideration. “Our work is all about energy savings. We offer energy-efficient solutions for our customers while also working to reduce energy in our own processes at the same time,” he adds.

The process begins in the clay preparation area, where raw materials and additives are mixed to achieve the correct grain size and moisture level. The clay is then sent for forming, where the tiles are pressed in metal molds and transferred to large drying chambers. After drying, the tiles are coated before finally being fired in kilns.

In order to reduce its energy consumption, Koramic Pottelberg initiated a project to recover the heat from the firing kilns for use in the drying stage. “Drying is the most critical stage in our process. What makes the energy recovery challenging is the cyclical nature of the periodic dryers,” Steven Debels says. The energy-recovery solution involves a temperature-controlled system for mixing the hot air – at temperatures of up to 750 °C – from the periodic kilns with cool air and then supplying this 130 °C air to the drying stage, which operates at 45–85 °C. Cooling the air to this temperature requires large flows of dry air into the drying chamber. Relative humidity transmitters, located in the drying chambers, control the drying process. “The humidity must remain at a high level at the beginning of the process. Too fast drying will lead to cracked tiles and lost production,” Debels adds. The humidity in the chamber is controlled by letting moist air out, according to a control signal from the humidity instrument.

After implementing the heat-recovery system, the previously used humidity measurement system was unresponsive at the beginning of the drying cycle. This led to incorrect functioning of the humidity control in the dryer. Marc Mangelschots, Area Sales Manager at Vaisala, came up with a solution. “At the beginning of the drying cycle, the relative humidity in the chamber is close to 100 percent. The condensing environment may saturate the humidity sensor, making the measurement instruments unresponsive. The Vaisala warmed-probe technology allows reliable measurements to be taken in near condensing conditions,” Mangelschots says.

The first two humidity instruments were replaced with Vaisala HMT337 transmitters with warmed-probe technology, which were instantly able to provide accurate measurement and allow optimal control of the drying process. “In addition to the saved energy, the quality of the tiles is better than ever,” says Anthony Dessoubrie, Process Engineer. Debels explains further: “Energy constitutes 20–25 percent of the total production 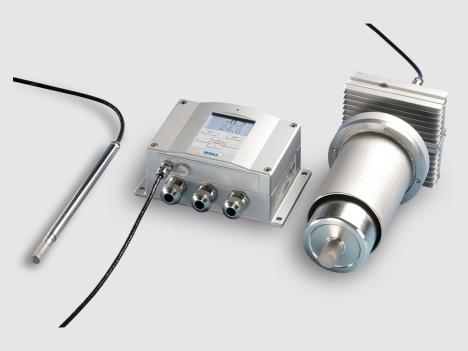