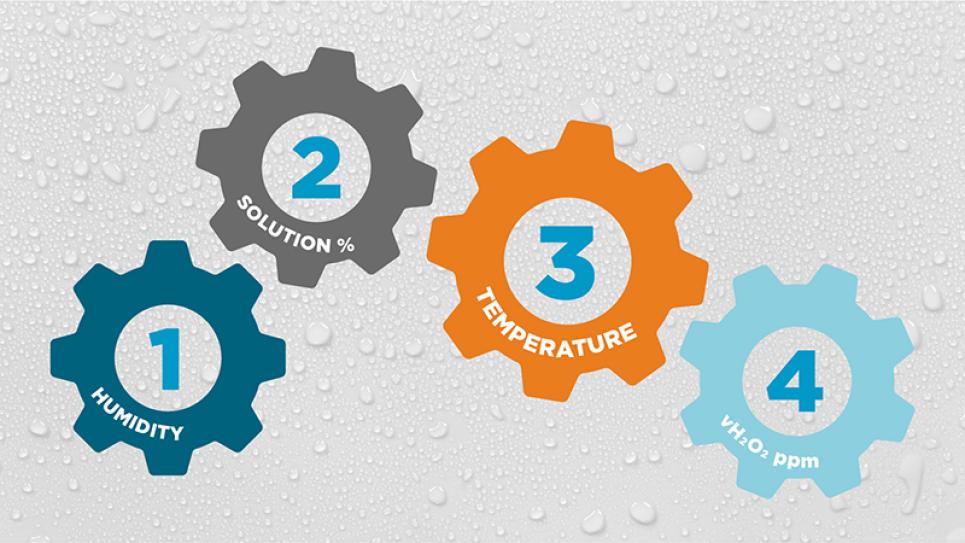 This blog is the third in a 4-part series where we describe how process parameters influence vaporized hydrogen peroxide bio-decontamination applications.

In this series, we propose four basic process parameter rules.  This blog focuses on the third rule:

Increasing the temperature increases the amount of water and hydrogen peroxide vapor the air can hold, thereby increasing the maximum achievable vH2O2.

In our previous blogs in this series, the bio-decontamination cycle temperature was maintained at 23 °C for all exemplar cycles. At a given temperature, air can only hold a certain amount of vapor, whether H2O or H2O2. Now will will demonstrate how changing the temperature can change both the condensation point and the maximum achievable hydrogen peroxide vapor concentration. 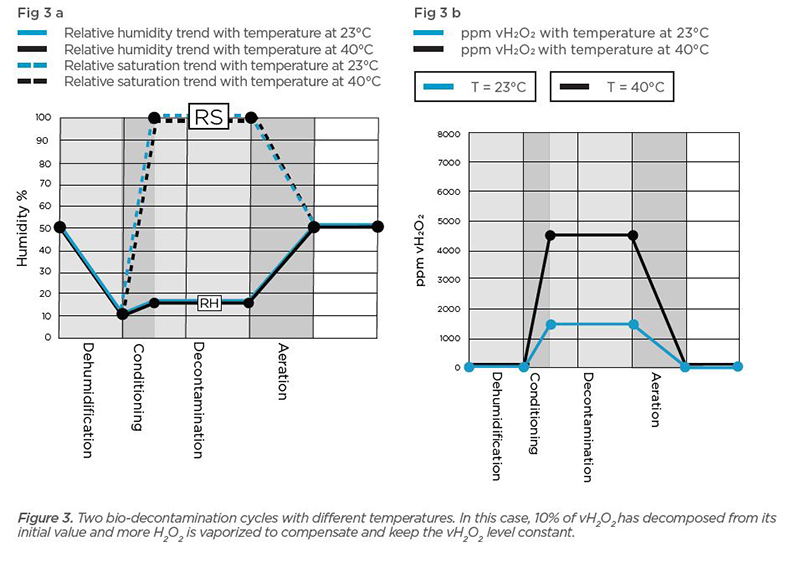 Figure 4 below shows ppm vH2O2 with temperature at 5°C. Relative saturation is on the x axis and relative humidity is on the y axis. The coordinate lines within the x and y axes represent H2O2 vapor concentration from 0 ppm to around 500 ppm. The 0-ppm line represents a vapor that has been created using pure water only. When the H2O2 solution concentration is increased, the vH2O2 also increases. Theoretically, the line along the X-axis represents a vapor that has been created using 100% H2O2 liquid. Condensation occurs once relative saturation is 100% RS and ppm vH2O2 cannot be increased thereafter. Thus, with temperature at 5 °C, initial relative humidity at 0% RH, and vaporizing an H2O2 solution of 100 m-%, the theoretical maximum achievable ppm vH2O2 is 548 ppm. 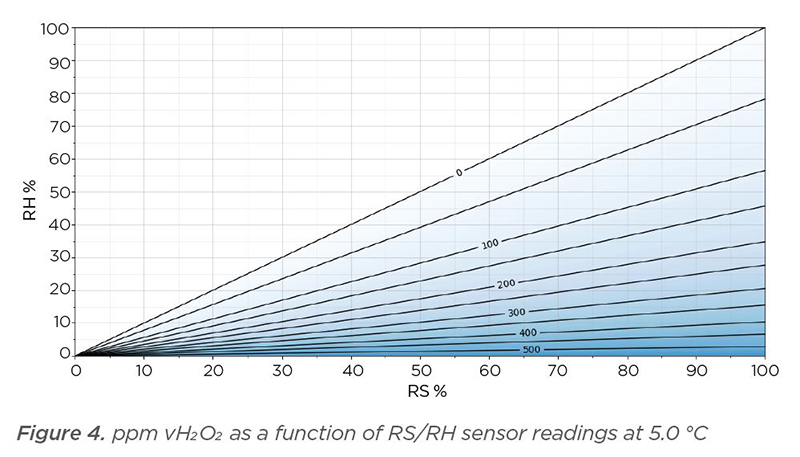 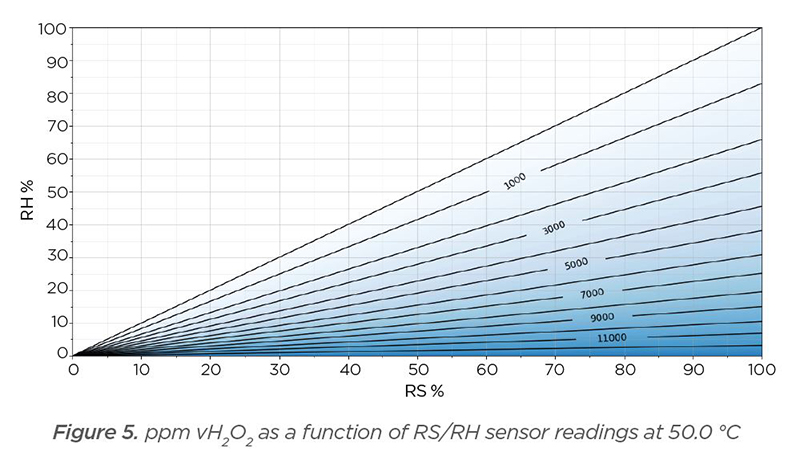 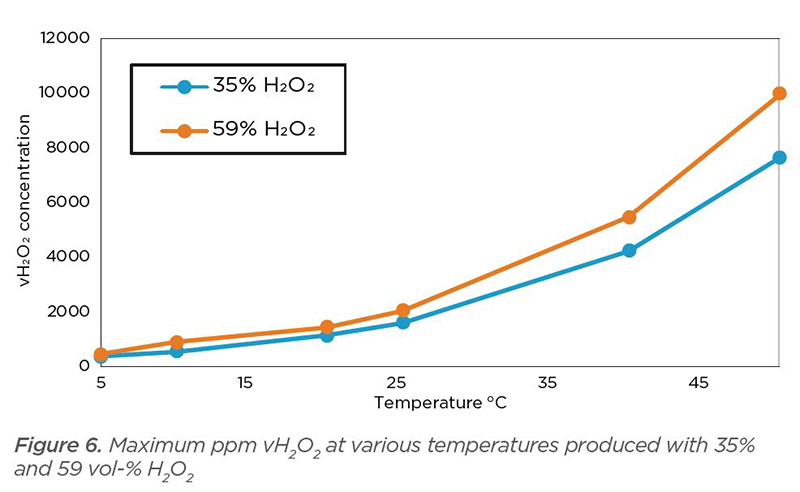 We invite you to view a recorded webinar on this topic.

Please feel free to add comments and questions in the fields below or contact us.