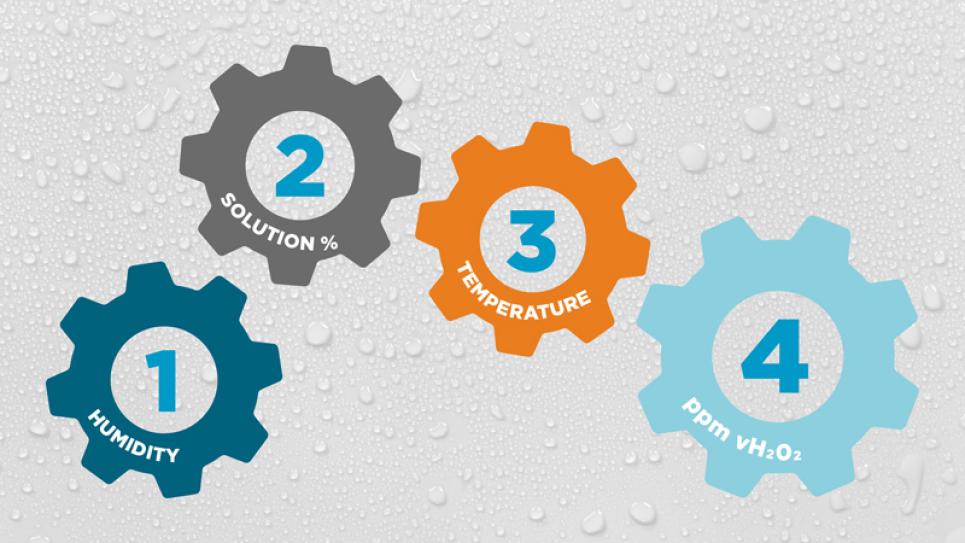 This blog is the fourth in a 4-part series where we describe how process parameters influence vaporized hydrogen peroxide bio-decontamination applications.

In this series, we propose four basic process parameter rules.  This blog focuses on the 4th rule:

Increasing the H2O2 vapor concentration decreases the amount of water vapor the air can hold, and therefore, condensation occurs sooner.

In Figure 7 (from our white paper), we can see that increasing the H2O2 vapor concentration decreases the amount of water vapor the air can hold and condensation occurs sooner. 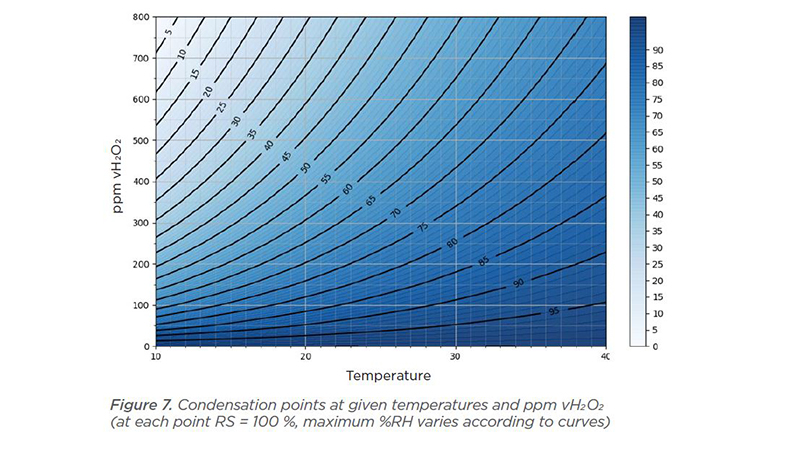 Each point in Figure 7 is a condensation point, meaning that Relative Saturation is 100 %. Temperature is on the x axis and ppm vH2O2 is on the y axis. The curve in the graphs shows the maximum relative humidity at a given temperature and concentration of ppm vH2O2.

Over this series of blogs (based on our white paper), we have demonstrated how an in-depth understanding of the relation between critical process parameters allows for the development of effective, repeatable vH2O2 bio-decontamination cycles.

Single-parameter measurement is often insufficient for monitoring and ineffective for process control. We have also shown why relative saturation is an important value in accurately predicting condensation. This is why Vaisala’s unique PEROXCAP® technology measures multiple parameters in a single sensing unit, including: hydrogen peroxide vapor ppm, temperature, dew point, vapor pressure, and humidity as both relative humidity and relative saturation.

On-demand Webinar:
Common vH2O2 bio-decontamination challenges and how to solve them

In this webinar we answer several of the most common questions we receive on vaporized hydrogen peroxide sensors in bio-decontamination, including: