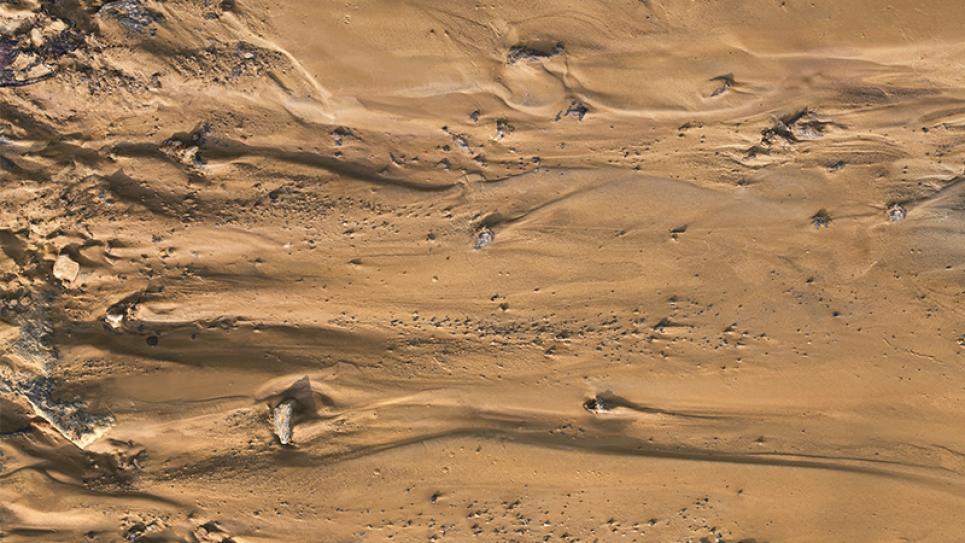 Mars, the 4th planet from the Sun
About 54.6 million kilometers from the Earth,
Published: Jun 1, 2017
Sustainability
Innovations and Inspirations

The first evidence of liquid water on Mars was announced in May 2015. These findings were based on the atmospheric observations by Curiosity Rover. The Rover continues its work on Mars with Vaisala pressure and humidity sensor technology onboard.

NASA's Curiosity Rover has performed surface measurements around the Gale crater near the Martian equator for more than two years. The rover features pressure and humidity devices designed to observe the Martian atmosphere that has been developed by the Finnish Meteorological Institute (FMI). The Rover Environmental Monitoring Station (REMS) instrument suite, as well as the Sample Analysis at Mars (SAM) and Dynamic Albedo of Neutrons (DAN) instruments have made it possible to assess that, during night time perchlorate salts on the upper layer of the Martian surface are able to absorb sufficient moisture to form a brine solution, even if the temperature is well below zero degrees Celsius.

The humidity device REMS-H and pressure device REMS-P have been developed by FMI and are based on Vaisala's sensor components. Vaisala has equipped the FMI devices onboard the rover with standard Vaisala HUMICAP® humidity sensors and specially customized Vaisala BAROCAP® pressure sensors. Thanks to the long-term stability and accuracy of these sensors, as well as their ability to tolerate dust, chemicals, and harsh environmental conditions, the technologies are especially suitable for such demanding applications.

Compared to Earth, Mars is a dry planet. However, there have been observations of small amounts of water in the atmosphere in the past, though never in liquid form. Martian surface temperatures vary during the night from -135 to -70 °C and the Martian top surface layer along its equator achieves plus degree temperatures during the day time. Considering the temperature and low pressure of the atmosphere on Mars, it has been estimated that liquid water could not be present on Mars.

Now, NASA's Mars Science Laboratory (MSL) and the observations it has carried out by the Gale crater and specifically based on the measurements made by FMI and Vaisala technology, together combined with numerical models, have demonstrated otherwise.

"In the Martian atmosphere, below the surface layer at a few centimeters depth, lie sufficient quantities of perchlorate salts, which are able to absorb water from the atmosphere. The result is a thin membranous salt-water solution, or pockets of liquid with salt content, that form during the night – despite the fact that the water film temperature is well below freezing," Head of Research at FMI, Ari-Matti Harri, states. "During the day, the surface layer temperature rises, and this causes the liquid accumulated during the night to evaporate as gas. It is important to note that these findings do not yet conclude the possible existence of organic compounds on Mars." However, it can be assumed that the observed area along the Gale crater is representative of conditions throughout the Martian surface.

The ultimate laboratory for atmosphere research

The atmospheres of Mars and Earth have similar dynamics, because of the axial tilt of the planets' rotation axes (25° Mars and 23,5° Earth), as well as the rotation times, meaning the length of the day (a Martian day is 24 hours and 37 minutes), are very close to each other. The dry Martian atmosphere represents a simplified laboratory model of the Earth's atmosphere. "By studying the simplified, dynamically Earth-like, atmosphere we can potentially learn something that we might miss on Earth because of the effects of water systems, vegetation, and high humidity levels," Ari-Matti Harri concludes.

NASA's quest to 'follow the water' has resulted in the strongest evidence yet; that liquid water flows intermittently on present-day Mars. Learn more on the latest discovery at: http://go.nasa.gov/1KOrJsv