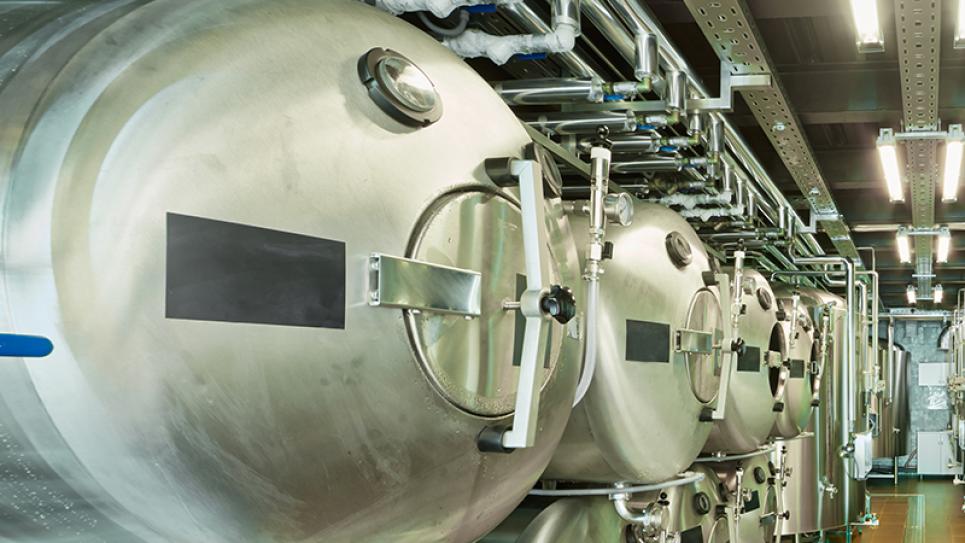 Roal Ltd is one of the world´s largest enzyme companies producing enzymes for different industrial applications, for example, for baking, food, technical and feed industries. The company is jointly owned by Associated British Foods and Altia Corporation, a publicly held beverage company that focuses on wines and spirits and operates in the Nordic and Baltic countries. The biological process used to produce the enzymes is called fermentation and Roal produces enzymes in submerged fermentation units.

Enzyme manufacturers have to maintain constant research activities, so that new applications for enzyme use are developed and the production of older enzyme generations is enhanced. New research projects for novel enzyme processes are carried out at Roal’s plant. Careful monitoring of the fermentation process is essential. The pH-value, temperature, dissolved oxygen, and carbon dioxide are usually measured from the fermentor broth. The oxygen and carbon dioxide levels are measured from the exhaust gas. The gas temperature is typically 25 °C - 30 °C and the relative humidity is around 100%. The exhaust gas may also contain ammonia, since the substance is used to control the pH levels of the fermentor broth. 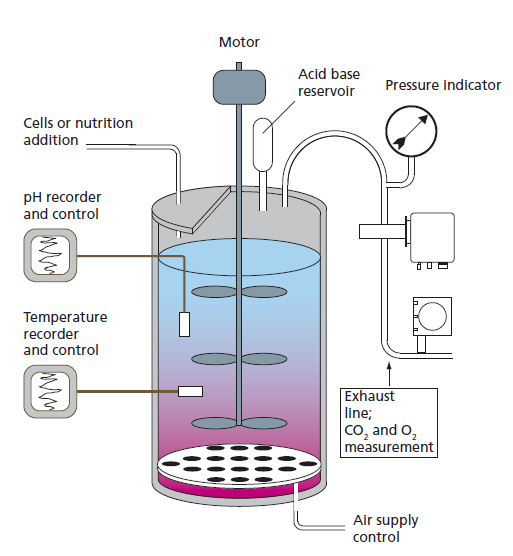 Also the humidity of the fresh air blown into the fermentor is measured. The demanding surroundings require reliable measurement instruments. The CO2 concentration of the enzyme production process is monitored in order to get a picture of the state of the process. The level of CO2 is an indication of the metabolic activity of the mold or bacteria, and the information is used to control the feed of new

nutrient pulses to the process.

The correct level depends on the microbial strain and the fermentation process itself, and it is a matter of experience to know when a new nutrient pulse should be fed into the process. It is essential to ensure that fresh air supply to the bioreactor is sufficient to keep the fermentation process on-going. Exhaust gas measurements are generally taken from a secondary line, which enables removing undesired elements such as foam or excess humidity from the exhaust gas. The carbon dioxide concentration of the enzyme production process is typically from 0 to 5% of CO2, in exceptional cases concentrations as high as 10% of CO2 have been measured.

At the Roal plant, the humidity of the fresh air blown into the bioreactor is measured with Vaisala humidity instruments. Carbon dioxide is monitored with the Vaisala CARBOCAP® Carbon Dioxide Transmitter GMT221*). The Vaisala carbon dioxide transmitter has been installed in the plant to measure the exhaust gas line with the aid of a field-check adapter from a secondary line. A water trap and a foam removing trap are used since the exhaust gas is very humid and occasionally foam rises into the exhaust tube. “The Vaisala instruments have proved to be very reliable in the plant. They require minimal maintenance and minimize the downtime of the fermentation process”, said Dan Haglund, R&D Manager at the plant.

Learn more about the GMP251 or listen to our on-demand webinar on CO2 measurements in the food and beverage industry.