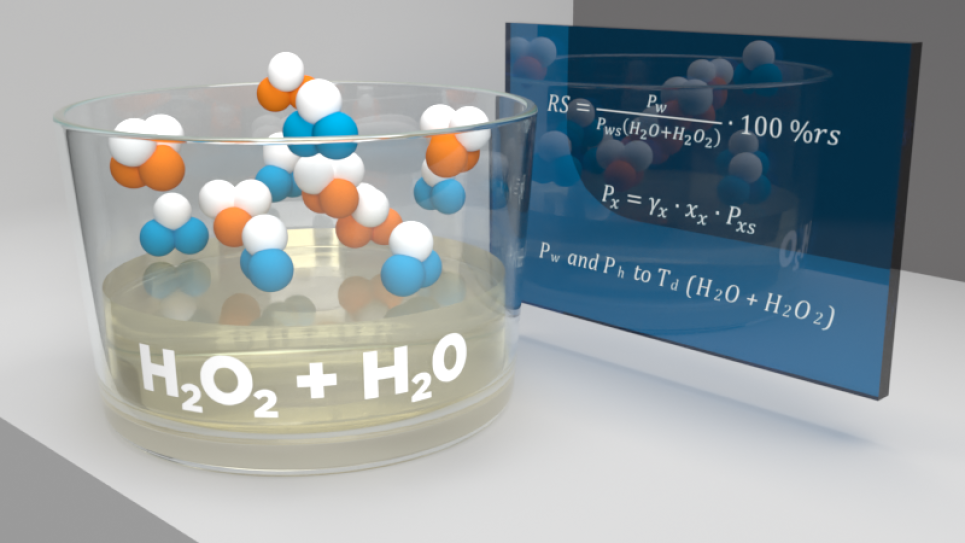 Life Science
We recently had our webinar “Vaporized Hydrogen Peroxide Calculations & Formulas.” If you attended, thank you very much! We enjoyed record numbers of registrants! If you were unable to join, you can still watch it now.
During the webinar, we received many questions we did not have time to answer. In this blog we answer a few of questions we missed.

Question: Is trending available that can be saved for later review?

Answer:
Yes. We have two options for creating trend data with the HPP270 series probes: The first method is by connecting the probe to an Indigo520 transmitter, which includes trend display, data logging, as well as advanced trend data capabilities with the ability to export data to .CSV file.  The second method is connecting the probe to Vaisala’s free Insight PC software. This allows you to record up to 48 hours of data from two parameters and export this data to a CSV-file.

Question: What is the maximum distance the temperature probe should be apart from the PEROXCAP® sensor?

Question: Can the HPP270 probe be integrated with isolators for sterility testing?

Answer:
Yes. Isolators are one of the most common use cases for the HPP270 series probes. Here is an application note that you might find interesting: Vaporized Hydrogen Peroxide Bio-decontamination in Isolators, cRABs, and Transfer Hatches.

Question: Can this probe be used as a controlling sensor to run a vapor generator to keep the relative saturation around 95% in a closed loop, 4 m3?

Answer:
Yes, HPP270 series probes can be integrated with a  vapor generator to control the relative saturation. Maintaining a level of 95% RS depends on many factors, including the control system feedback and temperature handling. The accuracy of the relative saturation value is ±4 %RS, but the repeatability is excellent: ±0.5 %RS. The HPP270 series probes are ideal for the process conditions you describe.
To illustrate this, we have this customer case:
“Fighting superbugs proactively: innovation and collaboration in vaporized hydrogen peroxide bio-decontamination”
You will note that in this case, the company uses relative saturation % and vaporized hydrogen peroxide concentration as control parameters.

Question:   Is there a simple formula for calculating the saturation point and vapor pressure of vaporized H2O2 in a closed circulation system?

Question:   Has anyone developed formulas that determine the time it takes to reach equilibrium in a free evaporation environment based on a set of initial conditions like:  stable temperature, surface area of the liquid, and gas volume of the environment?

Answer: We have not come across any formulas that try to determine the time required. From our own testing, evaporation is fairly fast. The slowest to stabilize tends to be the temperature of the liquid, because often the hydrogen peroxide liquid is stored in refrigerated temperatures. The surface area has to be large enough for a given gas volume.
If the surface area is too small, theH2O2 concentration will be lower than the calculation provides. This may be due to the fact that H2O2 vapor decomposes into water and oxygen and the evaporation rate achieved with a smaller surface area is not fast enough to compensate the decomposition rate.

Question:  Once hydrogen peroxide is in vapor form in a closed environment, how fast does the vapor obtain a uniform concentration within the environment?

Answer: In our experience, H2O2 vapor does not create uniform vapor concentration in still air. It always needs some circulation. Our testing has found this phenomenon even in containers with a volume as small as 500 ml.
Related products

In this webinar we discuss measurement solutions in vaccine production and handling. With three presentations in one webinar, we cover liquid measurement refractometers, vaporized hydrogen peroxide bio-decontamination, CO2 measurement, and monitoring storage conditions.  Learn how to save time and costs, while ensuring quality in vaccine research, production, and storage.