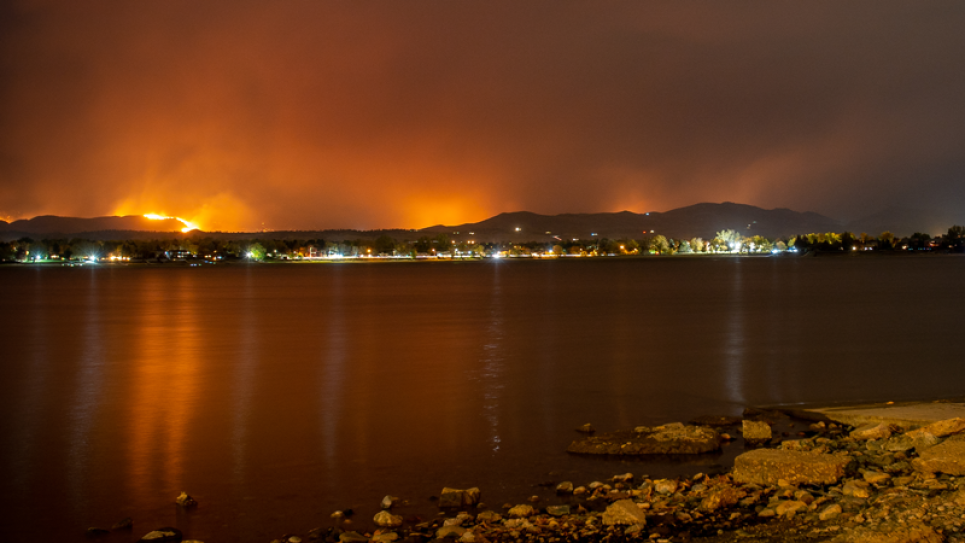 The Cameron Peak wildfire started on August 13, 2020, in Larimer County west of Fort Collins, Colorado. On December 2, 2020, the United States Forest Service declared the fire 100% contained. In the 112 days it burned, the fire became the largest wildfire in Colorado history, burning a total of 208,913 acres while damaging or destroying 468 structures. According to a Larimer County assessor’s report published in January 2021, the monetary loss due to the fire was estimated to be just over USD 6.3 million.

The nature and operating characteristics of dual-polarization radars make them especially capable of detecting smoke and ash in a variety of conditions, from clear to cloudy skies, calm to windy conditions, dry to wet, and during the day or at night.

Data collected of the Cameron Peak wildfire and surrounding precipitation from August 14 through August 15, 2020, by a Vaisala WRM200 C-band dual-polarization weather radar. The left panel shows reflectivity, the center panel shows the cross-correlation ratio (or correlation coefficient) between the horizontally and vertically polarized signals, and the right panel shows the classification of the hydrometeors using Vaisala’s HydroClass.

These radar observations of wildfire smoke and ash also show the potential for emergency managers, firefighters, pilots of firefighting planes, and residents in nearby areas to have new information about wildfire initiation and behavior, possibly also resulting in improved firefighting and evacuation actions. More specifically, these data could possibly be used in the following ways:

Future studies can be applied to other locations and weather radars, and eventually radar-assisted monitoring of wildfire smoke and ash could potentially save lives and property during future wildfires around the world.

Read more about the topic in the article by Evan Ruzanski in the spring 2021 issue of the Meteorology Technology International magazine.