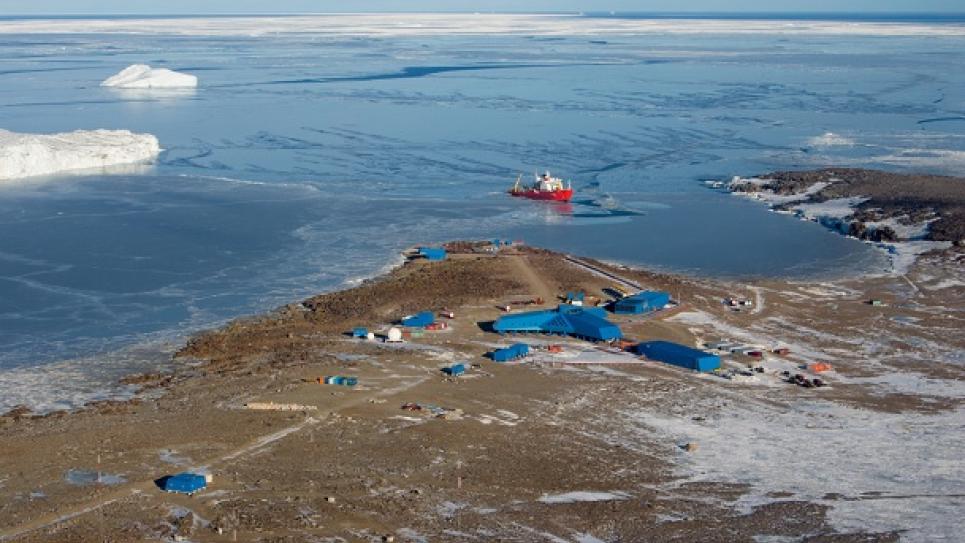 The scale and scope of Vaisala’s capabilities are often highlighted. And these proven capabilities are based on facts. From harsh Arctic environments to tropical regions, even in outer space, Vaisala products can be found collecting and analyzing valuable data for our customers. These harsh environments put Vaisala’s products to the ultimate test, every day. The Autosonde installed in Antarctica is no exception.

Kalle Rieppola, Vaisala Field Service Engineer, who completed the installation explains, “a typical day started at 7:00 am, with breakfast at 7:30. Then we went to work,” Kalle says. ”Lunch was served around 12:00-13:00 and dinner was at 17:00-18:00. In the evenings the cafeteria served a late snack as well. Due to the tight schedule the installation was continued after the dinner. The actual installation started at midnight on the second day as the crane was not available until then. For Kalle, the AUTOSODE installation in Antarctica was truly a unique experience, which he will always remember. “As the rooms were quite small, I was given a small desk in the lab.” Kalle explains that the room had space for four staff with two small tables. “The rooms were just slightly larger than those on the ferry between Helsinki and Stockholm.” Showers and cafeteria times were regulated to accommodate the large amount of staff on site. In addition to researchers, there were plenty of construction people on location as well.”

Some 1000 to 5000 people are living at various research stations on Antarctica throughout the year. The AUTOSONDE installation took place during the Antarctic summer, when the conditions are mild enough to support key activities in preparation for the coming year. The summer period allows organizations and research institutes the opportunity to stock up on supplies. Also, new teams arrive to replace people that have been on the continent for the previous year. During his time with scientists, engineers and researches on the KOPRI base, Kalle highlighted that the vast open space can be misleading, “for example, when you see a mountain in the distance, it looks to be just a few kilometers away. And then you learn it is actually over 30 kilometers away.” Kalle says that during his time on the continent the timing was actually quite tight to complete the installation. He states that it was truly an unforgettable trip and with a smile notes that eventually the AUTOSONDE will need to be updated to use the new Vaisala Radiosonde RS41.

Chanseok Park, Vaisala Sales Manager for Korea states, ”KOPRI is conducting regular soundings are done mid-February to late October and ozone sounding is due around the period of ‘ozone hole occurrence’ (mid-August to mid-October) once a week. The KOPRI staff in Antarctica is very satisfied with the performance of the AUTOSONDE in such a demanding environment.” In collaboration with the Korea Meteorological Administration (KMA), a researcher has been dispatched from KMA headquarters to Jang Bogo station to operate the AUTOSONDE and analyze sounding data. Once internal data evaluation has been completed, the AUTOSONDE will produce data to the WMO’s Global Telecommunication System. In addition to the AUTOSONDE, a complete Vaisala AWS system and optical sensor such as ceilometer and present weather sensor are supporting the operational research activity.

According to KOPRI, ”We were looking for truly reliable automated sounding system which can operate in extremely demanding condition and there’s no doubt that we have made right choice.“ Korea is the 10th country which has more than two research bases in Antarctica.”

Automatic Sounding Station Vaisala AUTOSONDE®​ is an important tool in the drive for meteorological data availability.