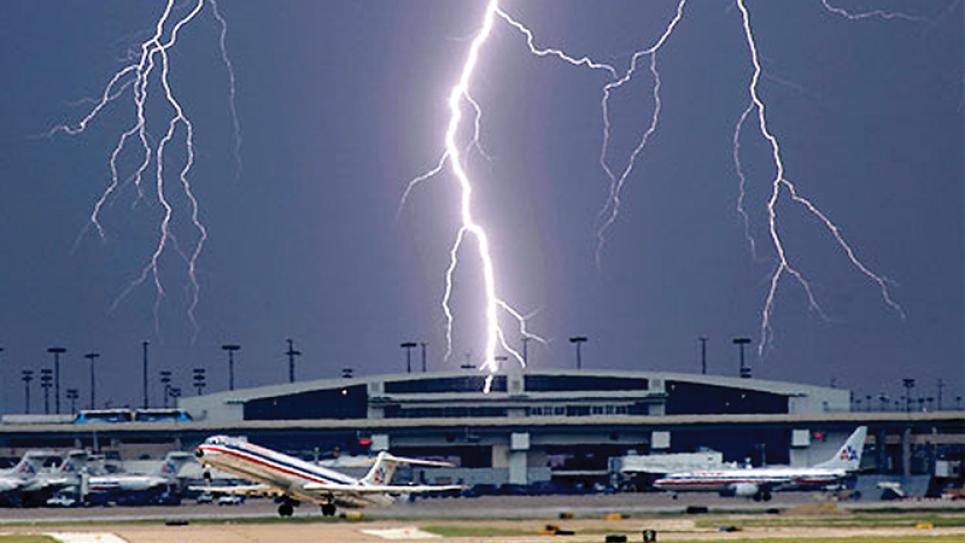 Lightning near airports: How close is too close?

When it’s your job to maintain safety and efficient operations, every minute counts. How do you know when lightning will strike or how long it will last?

The impacts of lightning in airport environments can be severe, affecting safety, assets, and travel. The key to addressing these challenges is having real-time, accurate, and reliable weather information at hand — especially when it comes to thunderstorms.

Join us for this engaging webinar to learn:

Airport, airline, and air traffic control decision-makers, operators, ground teams, and anyone else interested in ensuring safety and efficiency during thunderstorms.

If you can’t make the live time, register anyway and we’ll send you a link to the recording.

Ron Holle is a senior scientist with Vaisala, Inc. Holle has worked extensively in meteorological education issues, particularly those relating to lightning safety and the demographics of lightning victims and damages in presentations around the U.S. and in 18 other countries on six continents. He has authored or co-authored 77 formally-reviewed journal papers, 18 books and book chapters, and 338 informal papers.

Holle has worked with NOAA research laboratories in Norman, Oklahoma; Boulder, Colorado; Coral Gables, Florida; and Silver Spring, Maryland as well as with Vaisala, Inc. in Tucson, Arizona. He has analyzed cloud-to-ground and cloud lightning data from ground-based detection networks as they relate to radar echoes, rainfall, flash floods, and winter weather, as well as compiling lightning climatologies.

He participated in meteorological field programs in the U.S., the Caribbean, and West Africa. He received his B.S. and M.S. degrees in meteorology from Florida State University, and took additional coursework at the University of Miami.

Mr. Holle served on the scientific organizing committees of the International Lightning Detection Conferences and International Lightning Meteorology Conferences in Tucson (2002, 2006, 2008, 2014), Helsinki, Finland (2004), Orlando (2010), Broomfield, Colorado (2012), San Diego, California (2016), and Fort Lauderdale, Florida (2018). He is a member of the Executive Committee of the African Centres for Lightning & Electromagnetics Network. He was awarded the STAC Outstanding Service Award of the American Meteorological Society in 2018, elected a Fellow of the American Meteorological Society in 2009, and received the Dr. T. Theodore Fujita Research Achievement Award from the National Weather Association in 2008.

Brooke Pearson has more than 30 years of experience working in the field of meteorology and is currently Vaisaila’s Lightning Global Solutions Manager.