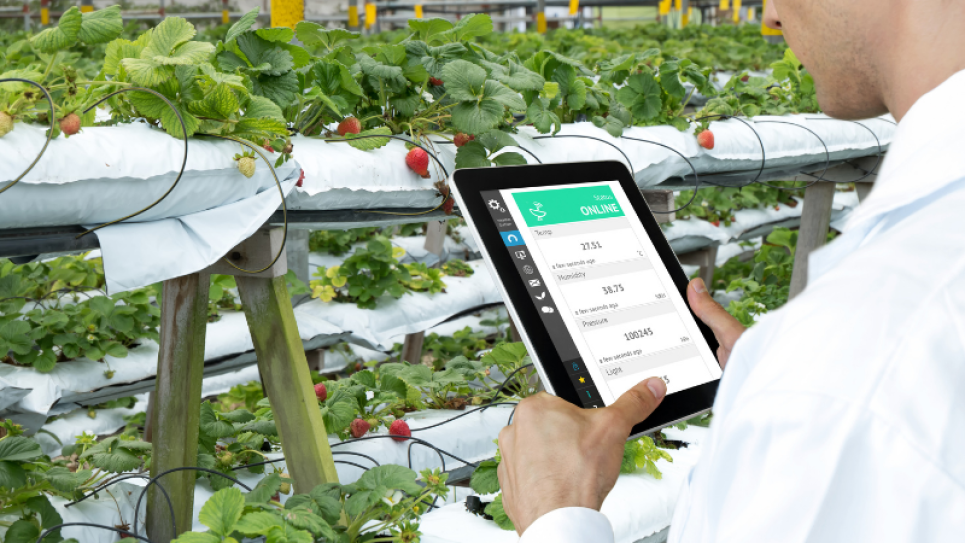 Science fiction movies and novels promised us a world of flying cars, autonomous robot housekeepers, and the power to control natural environments at will. So, where is that technology? Well, if you own a greenhouse, some of it is available now.

In pursuit of higher profits and yields and lower operational costs, many modern greenhouses are turning to climate control companies with sophisticated networks of interconnected sensors and devices to provide real-time, autonomous environmental monitoring. If this reminds you a little of Artificial Intelligence (AI), you’re not far off.

To build the best climate control system, you first need data, and a lot of it. Vaisala has the most reliable and accurate sensors, which is why we chose you.

But AI-like capabilities can only be realized after the right information infrastructure is created. Enter Damatex: a provider of climate control systems designed to help farmers digitize their operations. “To build the best climate control system, you first need data and a lot of it. Vaisala has the most reliable and accurate sensors, which is why we chose you,” said Steven Sicard, co-owner of Damatex.

Located in Quebec, Canada, Damatex is a manufacturer of high-end computerized control systems serving the horticultural industry, greenhouses, indoor farming and agriculture. Before computers were common in homes, the company that would become Damatex began as a small family-run operation. Family has remained an important part of their business to this day. “The foundations of the company began over 30 years ago with my father,” Sicard said. “Back then, climate control was new and not very popular. We were doing a lot of business mostly with smaller greenhouses in horticulture.”

The horticulture industry usually consists of a variety of businesses involved in production, distribution and utilization of plants for food and ornamental use. A “green revolution” of sorts took place in the 1960s and I970s, filling newspapers and magazines with stories of technology-assisted indoor farming. “As the greenhouse industry evolved, so did the need for precise environmental control. We began to see the evolution becoming not only about the development of sophisticated sensors, but also having those sensors placed correctly in a greenhouse,” Sicard said. “That became critical for our interest in climate control systems.”

The Damatex of today measures nearly everything for greenhouses: from irrigation and fertilization, internal temperature and humidity, CO2, indoor lighting, water, ventilation - you name it. Their climate control solution is built on Vaisala sensors, transmitters and probes, including our CO2 Probe GMP252; CO2, Temperature and Humidity Transmitter Series GMW90; and HMP60 Humidity and Temperature Probe.

Damatex provides its technical installation and software as a complete package to its greenhouse customers from the start, which has advantages such as centralization of projects and logistics as well as saving customers time and money. They have also been able to adapt their model to HVAC and building automation applications. “Every greenhouse or building reacts a different way to the environment. So, especially in the early days, we had our teams constantly working to make the software better, to help the customers, to make them profitable at the same time. Because you have to get it right. So, you have to take every greenhouse and make it the most efficient greenhouse that you can with the best equipment available. And that's where Vaisala comes in,” Sicard said.

From a distance, every indoor farmer is trying to answer the same question: How to reduce the costs of production in an enclosed environment? Whether the crop is flowers, tomatoes, cucumbers, strawberries, soft fruits, leafy greens, etc. - greenhouses, smart or not, aim to provide and maintain optimal growing conditions year-round. Climate control systems simply automate the process – a leg up, if you will - to give a means of greater procedural control over environmental uncertainties. They also allow growers to separate themselves from many time-consuming daily farm management processes and be able to focus on growing their business. That’s why the types of sensors and devices a climate control company uses are so important. Through climate monitoring and controls, they add peace of mind to the process of crop production. "When you have reliable sensors in your equipment, you just make everything easier. Vaisala measurements are always dead-on accurate, and all my technicians love it,” Sicard said.

The most sophisticated climate control

systems incorporate a proprietary software program, which uses sensors to monitor the environment and notify customers through an internet or mobile connection if environmental conditions have changed so greatly that crops would be damaged. The delivery and execution of these features are dependent on automatic triggers set to measurement thresholds which, when exceeded, are followed by real-time alerts to Damatex customers.

Theoretically, many of the most important greenhouse operations can be controlled remotely. For example, a GMP252 CO2 probe at a customer’s location will detect when indoor CO2 levels go too high or low and will communicate with Damatex’s system so adjustments can be made immediately.

Growing anything is highly labor intensive and incredibly complex. Climate control systems are too because many of the variables involved are dependent on each other. “It's extremely challenging at first because you need to learn about a lot of things. In greenhouses, you have to know about parameters like humidity, temperature and CO2, but also irrigation, fertigation, electrical, lighting, roof vents – you really become an expert in a lot of different things,” Sicard said.

Each sensor needs to be accurate enough to continually measure a specific condition and stable enough to allow the system to collect ongoing, real-time information on critical climate factors. With living organisms like plants, every minute is precious, and deviations may set off a chain reaction which, detected too late, may result in unrecoverable consequences. The sooner a customer discovers a drop in temperature, for example, the more plants you can save.

“We can’t have situations where our measurements are off, like, 20 percent. We need reliable data. That’s why we switched our sensors over to Vaisala’s. Your technology makes it easier and more profitable for everybody,” said Sicard.

Damatex found out about Vaisala 15 years ago through a recommendation from a business friend. The company initially tried our Rain Detector DRD11A to monitor rainfall. When rain intensifies, greenhouses close their vents or roll up their sides. "We used to use a few of your products but didn’t realize the full scale of all of the products Vaisala offers,” Sicard said. Eventually, as they learned more about Vaisala, Damatex decided to use more Vaisala technology.

“We used to buy these cheap CO2 sensors from another manufacturer but had a lot of problems with them breaking and needing to be replaced every 6 months. We switched all our sensors over to yours, and we really haven’t had a problem since,” Sicard said, adding, “You really could say that all our issues have been solved.”

Contractors are wary of being approached by vendors using cheap sensors. As soon as we say we’re using Vaisala, they have no worries!

As for the HVAC and building automation side of their business, Sicard mentioned potential clients often ask him upfront what brand of sensors they are using. “Contractors are wary of being approached by vendors using cheap sensors. As soon as we say we’re using Vaisala, they have no worries!”

Up till now, Damatex has been mostly focused on serving customers coast-to-coast across Canada and the United States. But like many businesses in an expanding market, the company has plans to grow – or, rather, like the greenhouses they serve, plans to grow smartly. “I think we're going to see a lot of expansion in the agriculture industry within the next two years or even maybe five years. Even during this pandemic, the demand is there. People want to buy more locally as well,” said Sicard. Company owners are busy planning their next wave of coast-to-coast expansion. "We are gradually moving into different markets outside of Canada and the US, especially in different areas of the world such as Japan right now.”

Your equipment and your service are great. We call you up and right away we get an answer. That goes a long way with companies like us.

And he plans to still be using Vaisala technology.

“Your equipment and your service are great. We call you up and right away we get an answer. That goes a long way with companies like us.”

As far as competitors: “I'll recommend you guys to a friend and a colleague, but not to a competitor,” Sicard said, laughing. “Actually, even if a competitor would come and see me - it's a small industry where we know each other pretty well - If they would ask me, I would tell them straight up: ‘We use Vaisala sensors.'" 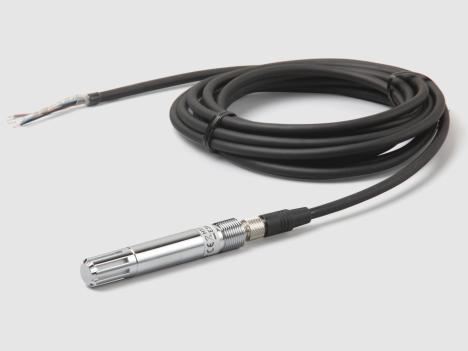