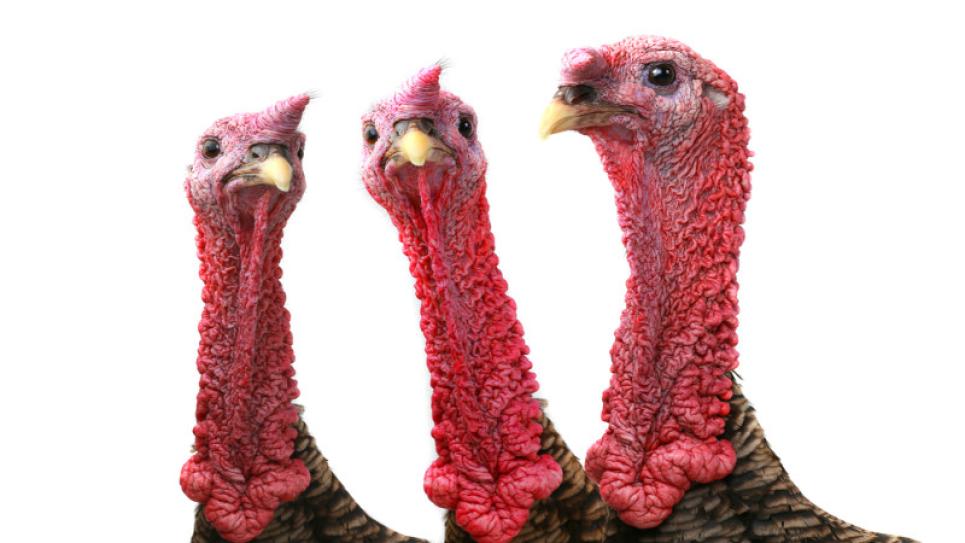 By introducing a ventilation system based on the measurement of carbon dioxide, a Finnish turkey farmer was not only able to improve the living environment for his indoor reared turkeys but also made savings in his energy bills. The system is based on the Vaisala CARBOCAP® Carbon Dioxide Transmitter GMT222 ( *GMT222 is replaced by the GMP252 ).

In indoor rearing applications, it is important to maintain suitable ventilation, appropriate temperature and to avoid drafts that make conditions unpleasant for sensitive creatures such as turkeys. In animal shelters, the supply of oxygen is restricted by the animals’ own metabolism and by-products, most importantly, carbon dioxide. CO2 is a by-product of the combustion of cellular respiration, which is outgassed when exhaling. Another by-product is water vapor. By measuring CO2 in animal shelters, ventilation can be controlled efficiently. “This results in considerable increase in animal welfare as well as savings in energy bills,” says the owner of a turkey farm in Finland.

Infra-red based carbon dioxide measurements have proven to work well in difficult measurement environments such as animal shelters. The Finnish turkey farmer uses Vaisala CARBOCAP® Carbon Dioxide Transmitters GMT222 on his farm. To measure the CO2 concentration correctly in a large internal space, considerations should be paid to the placement of the sensors. Carbon dioxide is heavier than air and, for very weak flow rates, CO2 enriched air can stratify near the floor level and raise the CO2 level in one location to very high levels. This might prove to be a hazard for very small chicks where the activity and body heat of the animals does not circulate the air sufficiently. According to Finnish legislation, the CO2 concentration in animal shelters should not rise above 3000 ppm CO2 by volume anywhere in the structure. The regulations and appropriate levels apply also for temperature, relative humidity, ammonia, hydrogen sulfide and organic dust.

Adjusting to the climate

In Finland, the main factor affecting the climate is the country's position between the 60th and 70th northern latitudes in the Eurasian continent's coastal zone. The climate shows characteristics of both maritime and continental climates, depending on wind direction. Typically domestic animals do not survive the Finnish winter without additional heating.

The traditional way of cooling an animal rearing facility is to bring cool air from outside. As the temperature outdoors decreases during autumn and winter, the ventilation is also decreased in order to preserve the heat produced by animals. This eventually leads to the rise of harmful components, as well as increased levels of carbon dioxide. Care must be taken in the reduction of ventilation to ensure that the indoor concentration does not exceed 3000 ppm CO2 by volume. If the outdoor temperature still decreases, heating must be used, as the ventilation must be sustained to ensure proper animal welfare.

Although the birds have a plumage, they are sensitive to drafts. Bred birds, such as broilers and turkeys have very fast vital functions and are thus very sensitive to their living environment. In order to improve the ventilation system in a broiler house or a turkey farm, there are several important things to consider.

Newly hatched baby chicks or turkeys are quite sensitive during the first days of growing period, and the CO2 concentration can rise to dangerously high levels. This is very hard to detect without appropriate sensors. The minimum ventilation should be adjusted according to the carbon dioxide levels, at the same time ensuring that the temperature and relative humidity as well as the ammonia concentration is kept at secure levels. The sensors should be as close to the birds as possible.

The air must be dry, but not dry enough to increase dust levels. The Finnish legislation states that relative humidity should be 60-80 %RH. Ionizers can be useful to eliminate dust. They are especially useful to reduce dust of a very fine particle size. Dryness can cause harm to the chicks during their first days of life. Humidification might have to be considered, although it should be done in a manner that the litter used as bedding material does not get wet. The ammonia levels should be less than 25 ppm.

All measuring equipment should be maintained and calibrated regularly. The most important spare parts should be kept in storage.

The effects of CO2-based control

The Finnish turkey farmer who uses GMT222 on his farm estimates that he has been able to cut the heating costs of his turkey farm by 50% after introducing the CO2 -based ventilation to his turkey farm. Most of the savings can be achieved when the turkeys are very small. At this early stage the turkey chicks weigh only few grams and produce very little carbon dioxide. On the other hand, temperature has to be maintained around +39°C. So, any unnecessary ventilation at this stage means a bigger heating bill.

“The Vaisala CARBOCAP® Carbon Dioxide Transmitter GMT222* certainly helps to control ventilation,” says the farmer. “It controls the exhaust fans so that carbon dioxide level stays at a correct level at all times.”

This is a bit tricky to do because the correct rate of ventilation is very small during the first few days after hatching. The farmer uses only one fan the first days of each new turkey growing flock.

As the turkeys grow bigger, the recommended temperature level declines at a rate of a half degree per day. This means that the opportunity to save energy also declines. “It is still important to maintain the correct level of carbon dioxide”, says the Finnish farmer. Controlling carbon dioxide ensures that all the other harmful gases and substances remain at acceptable levels and the turkeys stay healthy and productive.

Setting up a fixed level of minimum ventilation without CO2 -based control would mean over-ventilation in one situation and under-ventilation in the other. This is the case, even if the level is correct on the average. The farmer concludes that carbon dioxide sensors can help with controlling air quality with any animals that need housing. With his turkeys, it is a key to profitability.

The Vaisala CARBOCAP® Carbon Dioxide Probe GMP251 is an intelligent, stand-alone probe for measuring carbon dioxide in life science incubators, cold storages, fruit and vegetable greenhouses and in all demanding applications where stable and accurate %-level CO2 measurements are needed.

The Vaisala CARBOCAP® Carbon Dioxide Probe GMP252 is an intelligent, stand-alone probe for measuring CO2 in agriculture, refrigeration, greenhouses and demanding HVAC applications. It is suitable for harsh and humid CO2 measurement environments where stable and accurate ppm-level CO2 measurements are needed.

Vaisala Indigo201 Analog Output Transmitter is a host device for Vaisala's intelligent, stand-alone CO2 probes, GMP251 and GMP252. The products are suitable for use in life science, agriculture, food, and demanding HVAC applications.