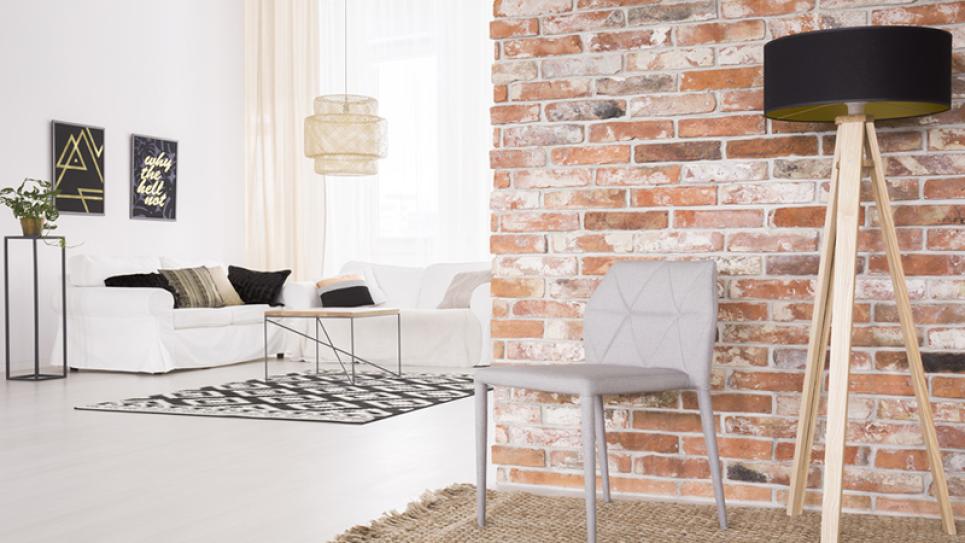 With facilities strategically located across the USA, General Shale Brick is one of the largest brick manufacturers in the country. The company produces more than 250 types of face brick. As John Brown, Manager of Process Research, explains , “The reason we use Vaisala humidity measuring products is simple. They work!

We need to measure and control humidity in our drying facilities, and the Vaisala units are effective for this purpose. These units are also reasonably easy to calibrate and maintain. ”

1928 saw the establishment of General Shale Products Corp. in Johnson City, Tennessee, USA. Over the decades, the company has grown and developed. In the 1950s, they installed modern tunnel kilns at all their plants, and in the 1980s , with the addition of 3 new manufacturing plants, they raised their annual brick production capacity by more than one billion bricks. Today, General Shale is one of the leading manufacturers of exterior building materials in the USA. The company’s primary focus is the production of more than 250 types of face brick for residential and commercial application. General Shale’s 18 production facilities are strategically located in key distribution areas. Sales are supported by a nationwide network of distributors in the USA and Canada. The creation of unique brick sculptures for public buildings and residences is a growing service areas. Still based in Johnson City, Tennessee, General Shale employs about 1,500 people. The corporate office houses the foremost brick museum in America. Bricks of historical significance from around the world are on display, including a 10,000 year old brick from beneath the biblical city of Jericho.

According to John Brown, General Shale has used various humidity instruments. “We have tested and installed numerous humidity related devices in our drying processes. Most of these devices were effective initially, but they soon became difficult to calibrate and were eventually considered unreliable.” John Brown currently works as the Manager of Process Research company wide. He has been with General Shale since 1964, when he graduated from North Carolina State University with a B.S. in Ceramic Engineering. Starting as a production supervisor in brick manufacturing, he became plant manager in 1971, when he transferred to research & development. “Since 1971, I have specialized in the purchase, application and development of processes,” he says, describing his work.

“It is also my responsibility to utilize my training and experience to analyze and solve process problems. In addition, I am a company-wide technical resource and also assist in the presentation of periodic internal seminars to production supervisory personnel. ”

The first Vaisala product that General Shale Brick selected was the HMP135Y. As Mr. Brown explains, the HMP135Y was an immediate success in the company’s drying atmosphere and became the specified humidity sensor in their predryer and dryers. In most applications, a HMP135Y with a maximum range of 160° C (320° F) was acceptable. “ We were pleased when Vaisala introduced the HMP235 humidity/dew point transmitter because of the increase in temperature 180 °C (356° F) range. Our production supervisors liked these units because of their reliability and ease of calibration. The addition of HMI41 electronic calibrator was very helpful in plants where several Vaisala HMP units were used, because they could be calibrated without removing them from their installed position. “ Vaisala’s humidity measuring products are reasonably easy to calibrate and maintain. We need to measure and control humidity in our drying facilities , and these Vaisala units are effective for this purpose. According to Mr. Brown, “It is not General Shale Brick’ s policy to specifically endorse, promote or enter into any agreement with any supplier other than internally. When another brick manufacturer asks for advice, however, we will and do help when we can. We also work with suppliers to combine their knowledge with ours and specifically adapt their product to our application. ”

At General Shale’s brick manufacturing plants, conditioning of the green (moisture by dry weight is from 16 to 20 percent) stiff-mud extruded bricks begins as soon as each car of bricks is completely loaded. Each car of bricks is moved to the entrance end of the predryer (low temperature dryer in t h e 21 – 4 9 °C, i.e. 7 0 – 1 20 ° F , range). The recommended relative humidity of the air at the entrance end of the predryer is 70 to 80 per cent. This allows the bricks to dry at a very slow rate initially, as well as evening out their overall body, set, size, (depending on the car size, the number of modular bricks ranges from 2,688 to 10,240 bricks / car) moisture and temperature.

The predrying process conditions the bricks and minimizes differential shrinkage, which can cause the bricks to crack. The shrink age can also cause the brick set to become unstable and actually fall off the car. After initial conditioning, the humidity and pressure sensors are utilized to set up an overall drying curve in the predryer. By the time a car of bricks reaches the end of the predryer, the relative humidity is approximately 35–50 per cent. The predryer is a facility with five or six tracks, each 150’ to 170’ long with appropriately placed fans to supply heated low humidity air and remove moisture laden air. All sensors, fans and other components are computer controlled. Most of the shrink age water is removed in the predryer and the remainder of the water (referred to as pore water) is removed in the final high temperature dryer. At the entrance of the dryer, the cars of bricks are exposed to a relative humidity of 30 to 45 per cent.
A humidity sensor on the dryer exhaust fan maintains this level of humidity by allowing computer control to increase or decrease the amount of heated air passing through the dryer to meet load requirements.

Depending on the ambient conditions, outside air can cause unwanted and destructive dew points, so constant positive pressure is maintained in the dryer and predryer to prevent it from being drawn into either. To ensure that all of the mechanical water is removed, the cars of bricks exit the dryer at 177 to 204 °C (350 to 400° F). This completes the drying process, and the cars of bricks then enter the kiln for the firing stage.