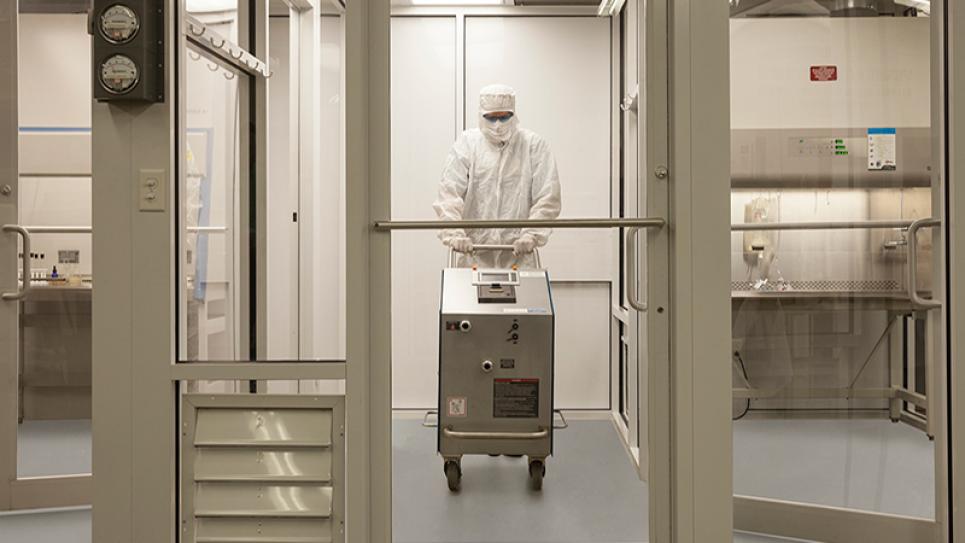 • Easy to use
• Effective against biological contaminants
• Ideal for low-temperature processes
• Processes can be validated
• Compatible with a wide variety of materials
• Environmentally friendly and safe for operators
• Leaves no toxic residue, only water vapor and oxygen

For several years, STERIS has used a trusted sensing technology from Vaisala. In 2018, STERIS became interested in a new solution from Vaisala: the HPP270-series hydrogen peroxide vapor probe. The probes feature PEROXCAP® sensing technology. The sensors provide accurate measurements for hydrogen peroxide concentration or ppm (parts per million) and several other parameters, most importantly: relative humidity, temperature, and a new parameter: relative saturation — which indicates when condensation will occur.

In DSVA (surface disinfection by airways) the aim is to prove that bacteria and microorganisms have been eradicated and the results must demonstrate maximum effectiveness throughout the bio-decontaminated area. To validate a cleanroom bio-decontamination, it is essential that STERIS use a highly accurate sensor that can provide stable, repeatable data on the concentration of hydrogen peroxide vapor ppm. Vaisala’s unique technology met STERIS’s requirements for measurement reliability and repeatability. Thanks to Vaisala, STERIS has been able to prove maximum effectiveness of bio-decontamination in clean rooms.

“Today, Vaisala is the best technology on the market to measure the concentration of H2O2 reliably, accurately, and repeatably over time,” says Philippe Muylaert, Room Decontamination Service Specialist with STERIS SAS. “The Vaisala model HPP272 is the most effective sensor for bio-decontamination with hydrogen peroxide. Thus, we have confidence in the data, and we can prove to our customers the effectiveness of bio-decontamination cycles.”

The probe guarantees reliable and precise hydrogen peroxide measurements throughout the bio-decontamination cycle, even in high humidity. The reliable and reproducible measurements of Vaisala’s vaporized hydrogen peroxide probes allow STERIS to achieve a high degree of confidence in their bio-decontamination procedures, success during annual audits, and a high level of product quality.

In this 1-hour training with Vaisala's industry experts discuss the key aspects of measuring humidity in vaporized hydrogen peroxide bio-decontamination and the importance of understanding role of relative saturation measurement.

You will learn about: