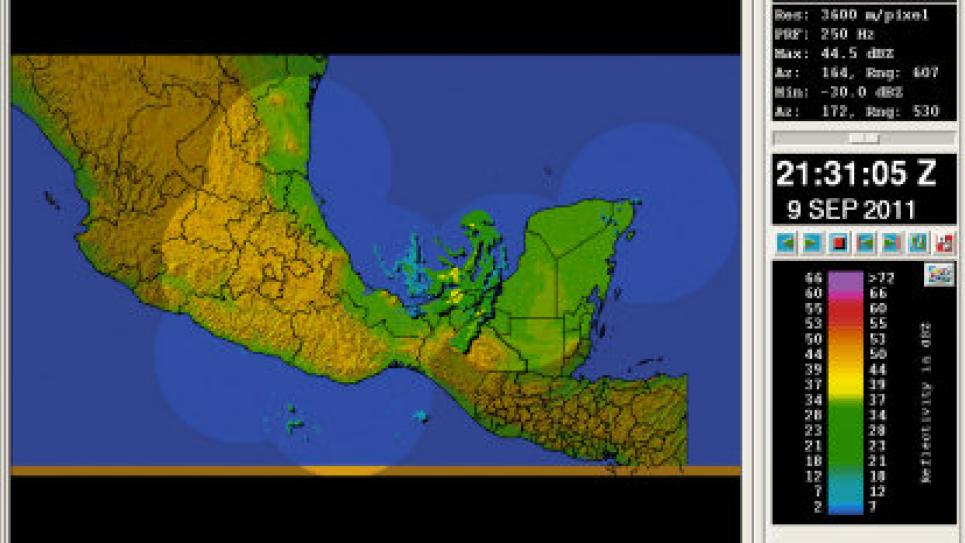 Weather can have a tremendous impact on a society. This is especially true for tropical areas that are prone to hurricanes and other severe weather events. A single storm can be catastrophic, washing away the infrastructure along with the homes, property and livelihood of countless people.

The better weather observation networks and early warning systems a society has, the better it can cope with the weather. Designed for mesoscale observations, a weather radar helps short-term weather forecasting by allowing following the trajectory of extreme conditions. This enables implementing preventive measures, like early warnings for the public, evacuations and other safety measures.

In 2011, Vaisala embarked on a new territory as its first weather radars were installed in a tropical environment - Latin America. The very first Vaisala Weather Radar WRM200 in Latin America was installed in Sabancuy, Mexico, and two more followed in rapid succession with installations in Brazil and Colombia. The fourth will be deployed in Colombia this year.

Mexico is carrying out a modernization project of its weather radars to, among other things, monitor and study severe weather events such as hurricanes and feed the data into hydrometeorological applications such as flood forecasting. For Colombia, the weather radar installations are part of an effort to implement a network of weather radars during the next 5 years to optimize the meteorological service, guarantee regular, safe and efficient operations at the Bogotá International airport, and to provide useful information for the organizations in charge of hydrometeorology, civil protection, power generation, and other critical tasks.

Weather radar data is especially important for Columbia, because severe weather has been affecting the country with phenomena like el Niño and la Niña having become more aggressive during recent years. The weather radar data will facilitate the decision support for civil protection, and the information can also be used to mitigate damages due to flooding in flood prone areas, for example.

In addition to precipitation data, lightning also provides valuable information for disaster management authorities as it is a valuable indicator of approaching storm activity. There is also a strong correlation between convective precipitation and lightning flashes.

Lightning detection is utilized in hydrological forecasting as a supplementary input alongside weather radar reflectivity. Because lightning information data is available from a wider area than radar coverage, it provides more lead-time for preparations. Vaisala operates a global, long-range lightning detection system, which provides realtime lightning data for accurate early detection and tracking of severe weather.

Along with the weather radars, Colombia subscribes to the Vaisala Global Lightning Dataset GLD360 data to increase their awareness of lightning activity within the country and along the neighboring oceanic routes. The added GLD360 data gives the authorities a vision of 11 million sq. km, enabling them to see storms approaching from the Pacific, the Atlantic, and the neighboring countries. The real-time lightning data generated by the GLD360 service greatly enhances forecasting and early warnings capability for high seas, thunderstorms and cyclones.