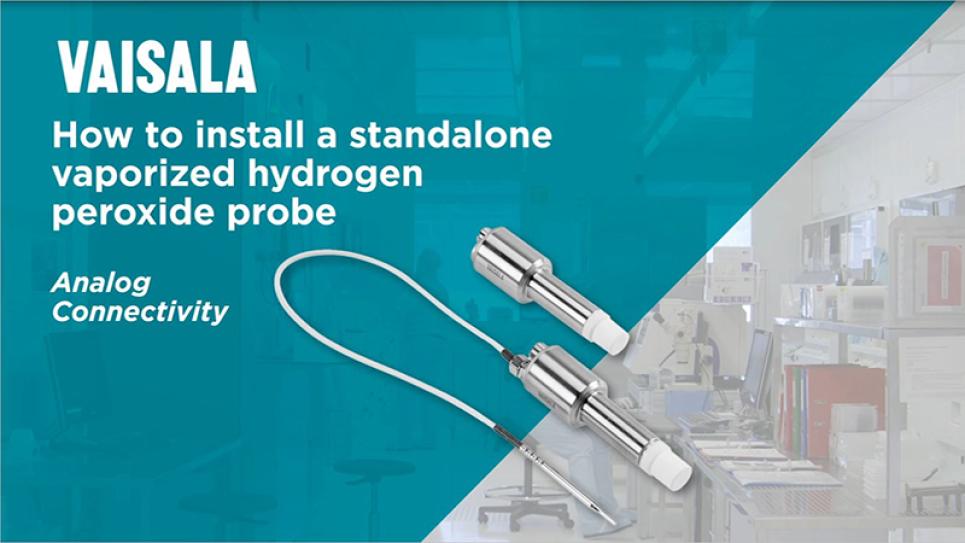 Joni Partanen
Product Manager
Published: May 20, 2021
Industrial Manufacturing and Processes
Industrial Measurements
Life Science
In this video blog, product engineer Joni Partanen demonstrates how to connect and test the HPP270 vaporized hydrogen peroxide probe when it is used in analog output mode. The HPP270 probes can also be connected digitally and there is a separate video on that topic. In this demonstration, we focus on connecting the probe to the control system by using analog mA-outputs.
View video in full screen mode.
Edited transcript
I have here an HPP270 probe for measuring vaporized hydrogen peroxide in bio-decontamination processes. It measures vH2O2 concentration and humidity as relative saturation. There are fundamentally two different ways to connect this probe to your control or data acquisition system. You can connect it as a standalone probe or use a Vaisala host device (Indigo transmitters), which provides additional features.
The standalone probe has two analog outputs, or it connects with Modbus RTU digital communication (see video on this method). If you decide to use Vaisala’s Indigo200 or Indigo500 series transmitters, you will get additional features such as local display, more analog outputs, and more options for digital communication options.