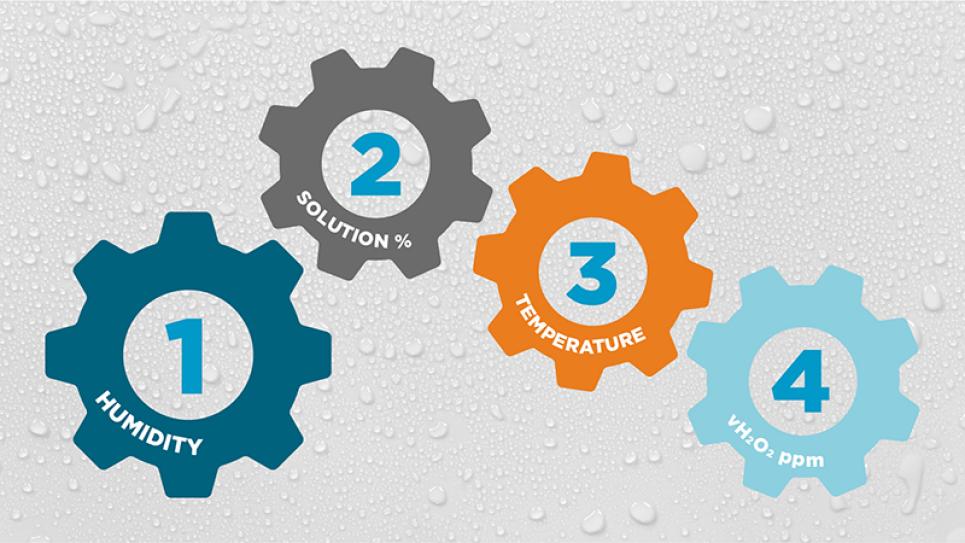 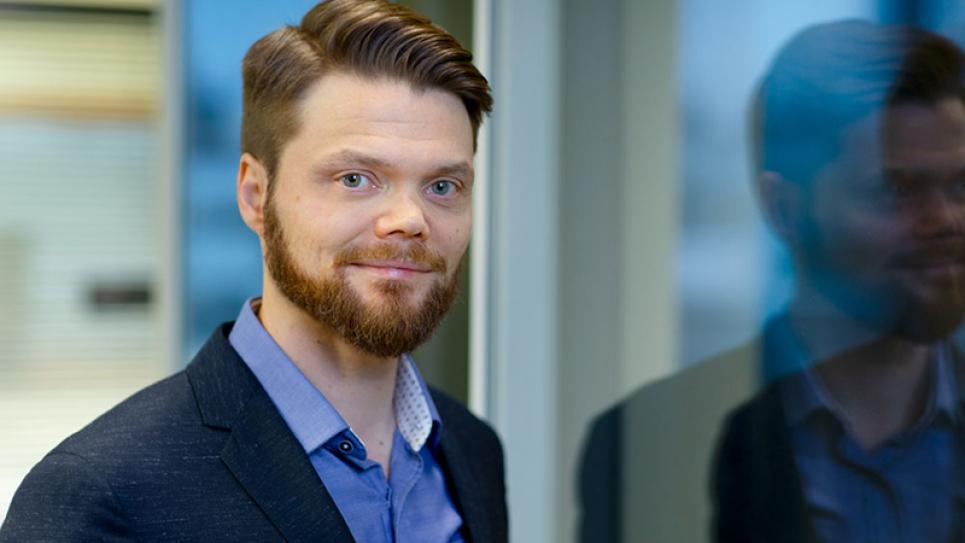 This blog is the first in a 4-part series where we describe how process parameters influence condensation and the maximum achievable concentration of hydrogen peroxide vapor during vH2O2 bio-decontamination applications.

In this series we propose four basic process parameter rules.  But before we address the first parameter that affects condensation and the maximum achievable vH2O2 ppm, we will review two important values: relative humidity and relative saturation.

If there is dripping condensation by the end of the decontamination phase, vH2O2 ppm readings may initially increase during aeration because the droplets release vH2O2 back into the air.

This brings us to the first rule:  Lowering the initial level of humidity increases the amount of H2O2 vapor that can be used before condensation.

During the decontamination phase, some vH2O2 will decompose into water and oxygen. The amount of vH2O2 that decomposes will depend on conditions such as: materials, temperature, humidity, and air flow. The actual decomposition expected under certain conditions must be measured.  In following graphs, we have assumed that 10% of vH2O2 has decomposed from its initial value and more H2O2 is vaporized to compensate.

In our second blog in this series, we will illustrate how the H2O2 solution affects the amount of H2O2 vapor that can be used before condensation occurs.
To read the complete white paper upon which these blogs are based, visit this web page: “Considering Condensation: Influences in Hydrogen Peroxide Vapor Bio-decontamination”

Dec 8, 2021
he relative saturation point in a clean room varies from site to site within the premises. In the qualification I must monitor the reach of this saturation point after the nebulization or conditioning stage (time and contact), at each site where I sample with the bioindicator. In other words, I must use several probes in the measurement according to sampling stations with bioindicator. To correlate.

Dec 21, 2021
Dear Rolando, Yes, you are absolutely correct that temperature, as well as Relative Saturation and Relative Humidity, may vary within the site. If we want to avoid condensation during vH2O2 bio-decontamination process in an environment with temperature differences, we have to know what is the lowest temperature. If we do not know that, we recommend measuring mixture dewpoint Td with the HPP272 probe and measuring the temperature at different locations with additional temperature sensors. If measured temperature equals to or is lower than mixture dewpoint, then there might be condensation.

Jan 6, 2022
Hi ,
do you have any data on measurement acquisition time of your sensor ?