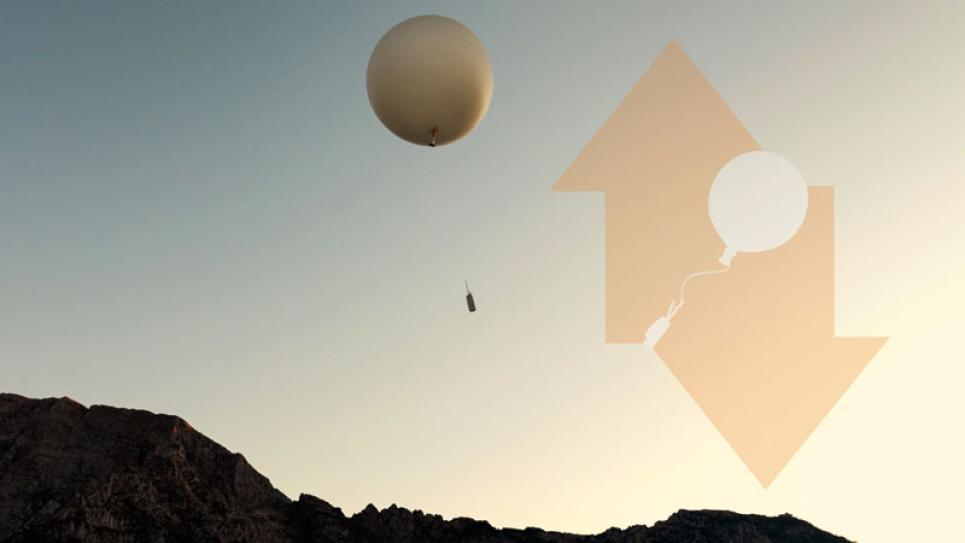 In recent years, national meteorological institutes have expressed more interest in using the descent phase of operational radiosonde soundings. Once a modern radiosonde starts its descent, it continues measurements and can provide another independent atmospheric profile without additional effort. The collected profile data can then be assimilated to numerical weather prediction models. Some stations are already disseminating the descent data with positive results, but the work continues to get the most out of the descent data.

During the ascent phase, the radiosonde is carried with a balloon approximately 5-6 m/s during the whole flight with a periodical pendulum motion. During the descent phase, the instrument initially descends very fast and slows down when it enters the lower atmosphere. The use of a parachute in densely populated areas decreases the descent speed even further.

How does the data compare?

It is interesting to compare the ascent and descent parts of a radiosonde flight. The following graphs show that the descent data has a similar vertical structure to the ascent data. The profiles differ in the details, being recorded 2-3 hours after the initial launch, in a different location. This is an indication that the descent data provides additional information from the atmospheric conditions. 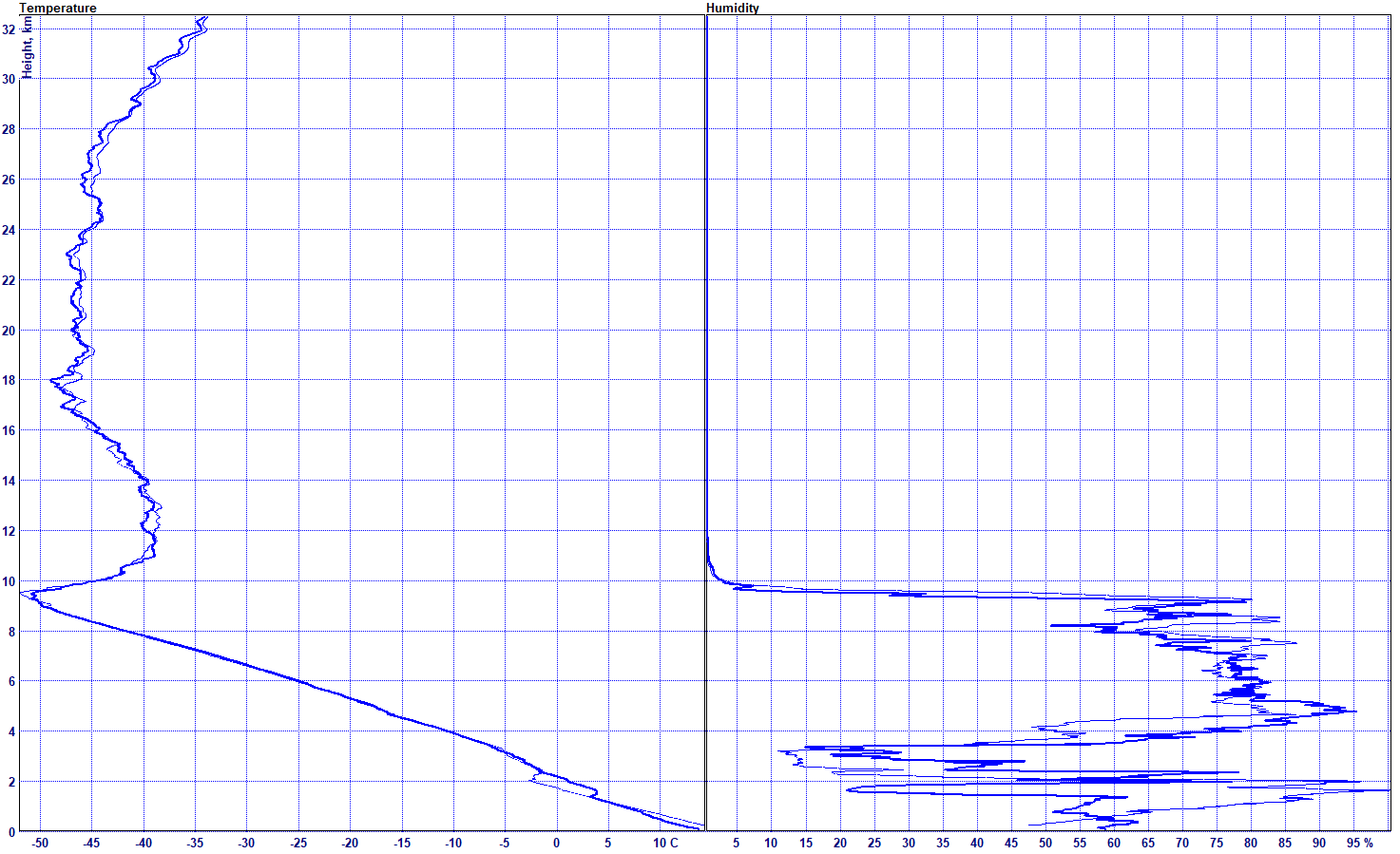 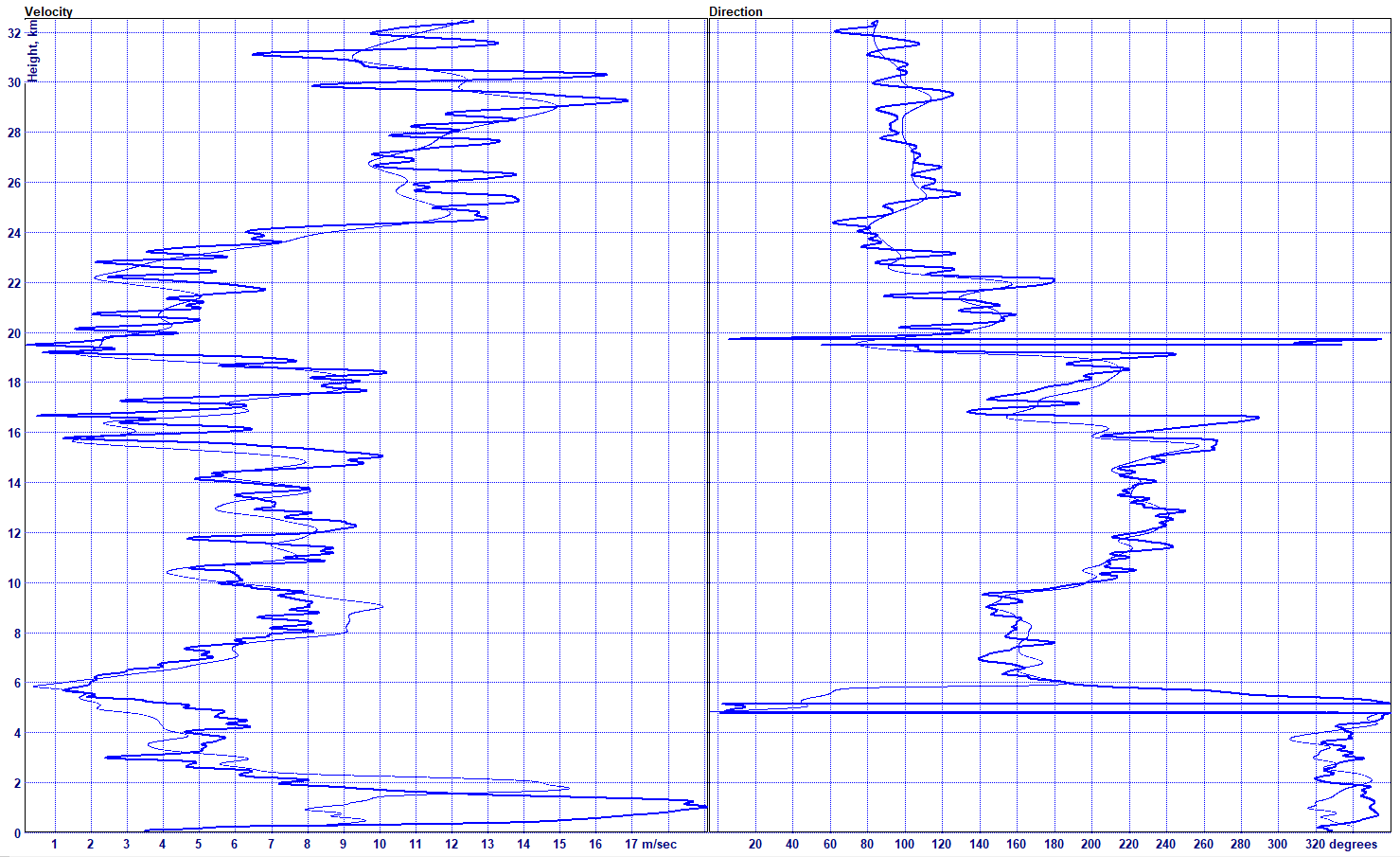 When an ascending sounding is complete, the data is reported in either the BUFR 3'09'052 or 3'09'057 format. A sounding would traditionally end at this point, but when the descent part is also wanted, the system continues to receive and process the data.

Once the descending sounding is complete, the data will be reported in a similar BUFR sequence 3'09'056 that has been defined specifically to report and disseminate the descent data. The message format has been available in the Vaisala Sounding System MW41 software since version 2.15 and is already sent from a handful of stations in Europe.

Radiosonde descent reports have been monitored in the European Centre for Medium-Range Weather Forecasts (ECMWF) system since June 2019, and currently the BUFR data from German upper-air stations is assimilated to the global forecasting model. This is done partly to recover missing data from the lack of aircraft observation during COVID-19.

Initial results show a positive impact as well as station-dependent differences that need more investigation. The reason for the differences is likely linked to the descent rate of falling radiosondes that can be highly varied in the stratosphere. For most flights, the raw descent winds show reduced variability compared to the ascent winds.

Work continues for calculation and data filtering to get the most out of the valuable descent phase measurement data from radiosonde observations. It seems likely that in the near future, reports of descent profiles can contribute to improved analyses and forecasts.

May 5, 2021
Something that Fiji Meteorological Service would highly consider in the near future.

Great work and many thanks from Fiji.