While it might be expected that the more intense thunderstorm is more dangerous, it does not turn out to be the case in many situations. Examining lightning incidents over time has revealed that about one-third of incidents occur during periods of a lot of lightning and heavy rain, about one-third when there is very little lightning, and about one-third in between.

People tend to move towards lightning-safe places when the thunderstorm has very active lightning and heavy rain. But a weaker thunderstorm with only a few lightning flashes and little or no rain are the ones that really catch people by surprise. This situation is especially true in the western United States. The same is true in Florida where storms can be very tall but isolated, so that blue sky can be seen in one direction while torrential rain is close by.

A person’s understanding of lightning risk can be dependent on where they live. Some states see significantly more lightning than others. We looked into the data for this year’s American Meteorological Society meeting. For example, the top-1% of lightning days in California produce more than 30,000 lightning events, but this wouldn’t even crack the top-130 days in Texas! And the biggest lightning days in Texas often account for most of the lightning across the United States on those days. 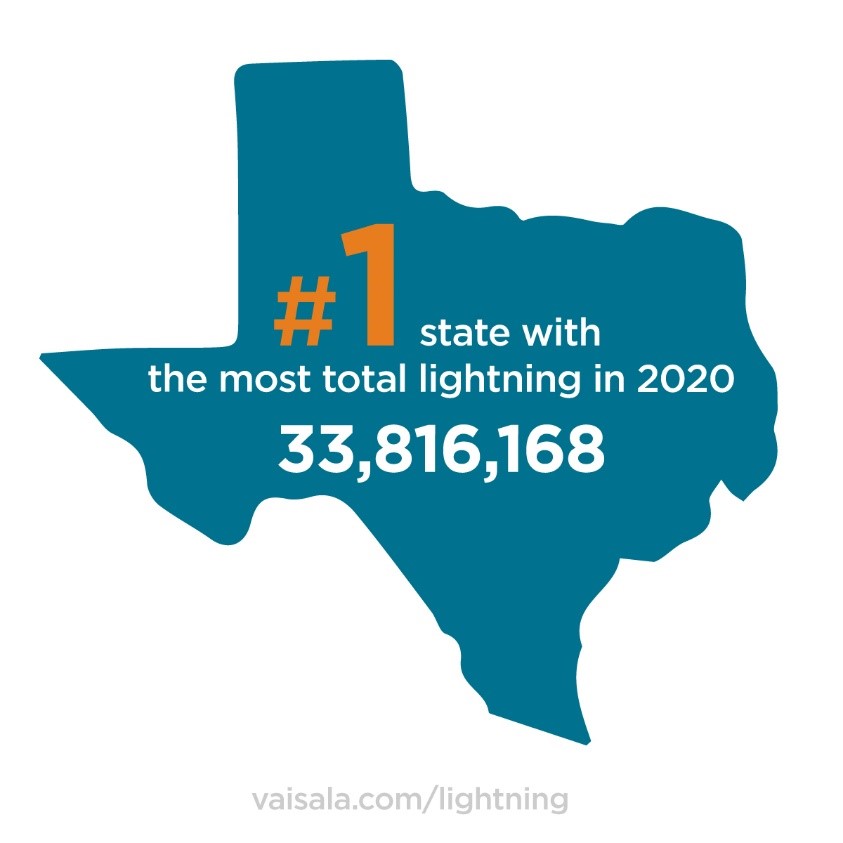 For all these situations, precise and reliable lightning data are the best way to manage the lightning risk. Paying attention to cloud lightning is as important as cloud-to-ground flashes since cloud lightning indicates the strong possibility that a flash can come to ground at any time in the area. Vaisala’s National Lightning Detection Network NLDN detects storms with very few flashes as accurately as those with tens of thousands. Unfortunately, managing the risk of lightning is not easy, since exactly where and when the next flash will come to ground cannot be predicted. Vaisala’s Thunderstorm Manager software can help you monitor and alert on potential lightning threats.

It doesn’t really matter how much lightning is around as much as the local situation at the time and place a person is outside. Any lightning needs to be taken seriously, whether in-cloud or cloud-to-ground. There is no weak thunderstorm when it comes to staying safe.