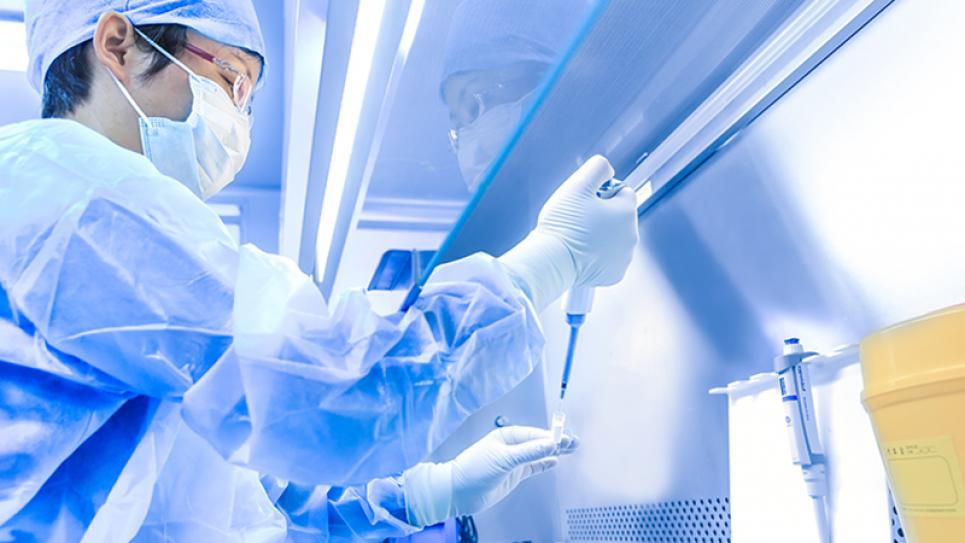 We interviewed Panu Wilska of Cleamix Oy about his recent bio-decontamination work in the bio-safety laboratories at South Korea's Centers for Disease Control during the Coronavirus outbreak. Edited transcript of this interview below.

[00:00:06] Vaisala: Today, we are speaking with Panu Wilska, the CEO of Cleamix, a manufacturer of portable vaporizers for hydrogen peroxide. Welcome, Panu. Please tell us a little bit about Cleamix’s products and the services Cleamix provides.

Right now Cleamix is ramping up operations. Although we are a new company, we are already present in all continents. Well, not in Antarctica… but, everywhere else. We are looking into several global distributors and adding new countries to [our distributor] list every week. Although, on our website, the list of partners needs to be updated.

Our bio-decontamination solution is a combination of some two great innovations. One is our new method for vaporizing hydrogen peroxide; the other is Vaisala’s state-of-the-art vaporized hydrogen peroxide sensor. The sensor gives us all the parameters we need. In the past, it was not possible to have all that data in one single feed.

For example, if you have a relative humidity of 60%, you can have relative saturation during hydrogen peroxide decontamination cycle approaching 100%. So as we know, hydrogen peroxide condensation can damage surfaces. The vapor doesn’t damage anything, it kills microbes without damaging surfaces. But if you let it condense, you have a potentially serious problem for electronics or sensitive materials.

With the Vaisala HPP270-series probes, we can see both values: the relative humidity and the relative saturation. The relative saturation value shows the combination of hydrogen peroxide and water in the vapor. The Vaisala probe gives automatic feedback to our vaporizer, so even if the user has entered program parameters there could be condensation. The Cleamix machine will not allow that; there are automatic safeguards triggering. This is the only machine in the market where real-time sensor data is adjusting the parameters of the process, in real time.

[00:05:00] Cleamix: Not really integrated, [the probe is] connected. The sensor is placed as far away from the actual device as possible because our machine has an extremely high vapor output rate. If the sensor is too close to the vaporizer, even with proper air circulation, you may get concentration values that are too high. I think the standard cable length is about one and a half meters. Some customers ask for even longer cables. So the sensor itself is taken as far from the machine as the as the cable allows. But the sensor is integrated in the sense that it's integrated part of the process control.

[00:05:50] Vaisala: Recently you visited the Centers for Disease Control in South Korea to do decontamination work in their biosafety labs. Can you tell us a bit about that?

[00:06:03] Cleamix: Yes, that was an extremely useful experience, both for Cleamix and for me personally. They have biosafety level 2 and level 3 laboratories. These kinds of laboratories have to be decontaminated frequently. They handle extremely dangerous pathogens such as SARS, MERS, coronavirus. Even if you don't have an outbreak, you'll still have to do frequent decontamination to ensure that the work environment is safe. You have to ensure you don’t contamination pending analyses with something that is [residual from a previous process].

In our recent work in Korea’s CDC, they had several interconnected rooms. These rooms are connected by a joint corridor, with airlocks to get in and out, and some storage areas. To perform the bio-decontamination, we networked four Cleamix vapor generators using one process control system.

To network the generators, you use one of them to control the process for several machines networked together. We [decontaminated] this laboratory in five different runs. We created segments by area volume. First we did the other laboratory in three different  runs. We divided the area into three equal volumes and placed one [vapor generator] per room. The decontamination results were good. The treatment time needed for six log kill, which means 99.9999 %, was achieved in one hour and 15 minutes. The six log kill was later confirmed by biological indicators.

The next day when we did the other part of the laboratory, we divided it into two segments. We still had about the same running time about one hour and 15 minutes per segment. This showed us in laboratory conditions, we could even increase the volume that one machine can treat in a very short time.

This was extremely interesting because they had previously used other machinery for bio-decontamination. It was a type of machine that includes surface condensation in the process. In laboratory environments, you can do that. But you cannot do that in an environment where you have to have sensitive materials.

Using this other equipment, they needed four full days to get that work done, whereas we were able to achieve the same work in two business days. We did no preparations or anything outside of normal business hours. So in total of 16 hours, including the setup and dismantling, we did everything. With the previous vendor, they needed 96 hours for the whole thing.

[00:09:50] Cleamix: For me it was the first time going into a “hot” target. I mean, done a lot of field work. But this was the first time where you really have to put on full equipment, including respirators, coveralls…everything to ensure you are truly protected against anything that could be in a BSL 3 laboratory. That was an interesting personal experience. I was used to working in nuclear power plants. But this facility is more comparable to going into a high contamination area.

This was not a demo, this was a commercial project. Of course, the KCDC was very interested to learn that if they need rapid decontamination, [they could do that]. They were pleasantly surprised that, a job that previously took 96 hours could be completed in 16 hours. I had not been there before, but now that we know the area, we know we could easily complete the same work in one day. It’s all about preparation, planning, and having a reference for how your machine performs in that area.

The response to Coronavirus by South Korea is a good example for the rest of the world how to deal with an outbreak.  We should study carefully what they did, and how they did it. Anyway, now they know how to bio-decontaminate their laboratories in a very short time.

[00:12:28] Vaisala: It seems like the speed of the response was one of South Korea's strengths in dealing with the outbreak. And do you think that's part of the reason why they contacted you and your distributor?

[00:12:45] Cleamix: Yes, I think they were aware that they should follow the best practices available in the market. That’s why they asked us to come. But if we look at Korea's response to Coronavirus, it’s not only that they were very effective in testing and preparation, they were also extremely efficient in tracing infection chains. They located all people who were possibly exposed to the virus, and they isolated those people effectively. The general population was pretty safe.

Here's an example. Weeks after my return from Korea, I'm still getting messages on [a South Korean smart phone app] informing me that if you use this bus in this region, please go to test immediately because Corona infected person was in that bus on at a given time. Yes, it went to that level. Or, the app can tell you if you were in a restaurant where somebody has tested positive for a corona, you'll get a notification by SMS. There’s a map, and if someone at a location tested positive and you were there, you go get tested immediately.

[00:14:12] Cleamix: The rest of the world should study carefully what South Korea did and how.

[00:14:20] Vaisala: That's wonderful! Going forward, do you foresee that bio decontamination is going to become more important? It's always been important in biosafety labs, obviously. But do you see it now having a broader use in other applications?

[00:14:41] Cleamix: Yes, definitely, because this is actually one of the things that we discussed in our Cleamix webinar. We discussed the possibility of Coronavirus being airborne. It may be that it can spread as an aerosol, able to travel longer distances. If that is so, you cannot rely the recommended two-meter distance. You actually have to be prepared that if you go to the grocery store, you may be exposed to Coronavirus. It could be transmissible over even a five-meter distance from the other people.

This is that is something that governments are only slowly admitting that this might be the case. So this airborne aspect would mean frequent decontamination of things like public transport, buses, trains, whatever. Because if the virus is airborne, it also sticks to the surfaces. For example, on a Diamond Princess cruise liner, traces of Corona were found 17 days after the last passenger had disembarked. So, this means that it survives on surfaces. If it can also spread as an airborne virus, it means that it can be anywhere.

The only way to make sure that an area is safe and clean is to have a decontamination method using gas. And hydrogen peroxide vapor is the only method that leaves no toxic residue. It's safe for the surfaces and it's relatively easy to set up and control. With Cleamix devices we can network multiple devices and treat unlimited volumes.

[00:16:57] Vaisala: Well, thank you for speaking with us today. I appreciate your time. This is critically important to everyone at this time. Good luck!

[00:17:15] Cleamix: Yes. Vaisala has been doing excellent work. We are now looking at bio-decontaminating used respirators, coveralls, and other items which are normally disposed of. There may be cases where these things have to be reused.

Thanks to Vaisala’s HPP270 series sensors, which gives us the ability to control the saturation point, we can treat massive amounts of recyclable gear and not worry about getting them wet from condensation during the treatment.

That’s a missing link… there is a study published by US CDC and Duke University. Yes, [hydrogen peroxide vapor] is effective, but if you cannot control the saturation point and control the process accordingly, you may get condensation on the material that could cause damage. We will help ensure that that doesn't happen.

But thank you very much!