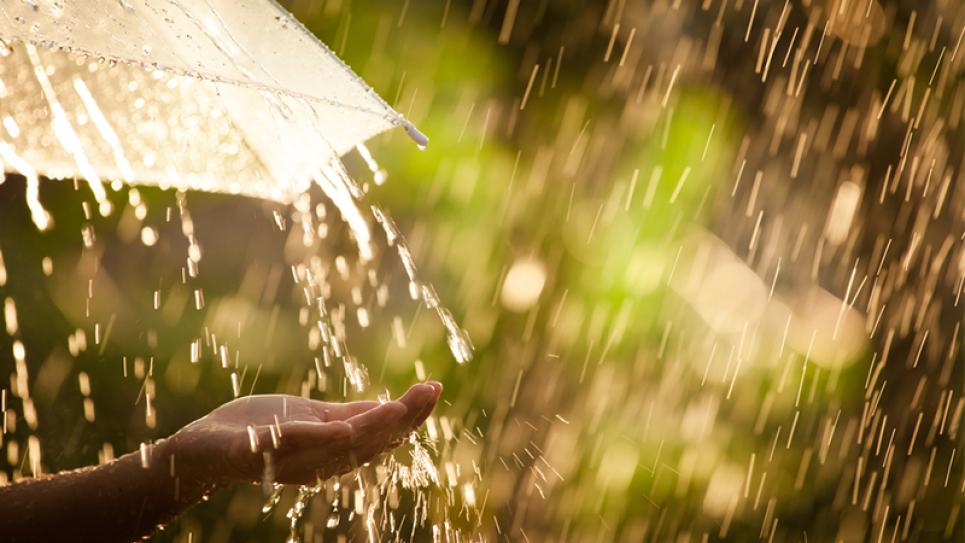 The Vaisala Open Weather Data Challenge competition challenged students and professionals to come up with creative and innovative ways to utilize open weather data. RainMiner, a concept developed by Mounir Ennenbach and Paulina Concha Larrauri, won the competition. Below, Mounir and Paulina talk about the concept and their participation in the Vaisala Open Weather Data Challenge.

We found out about the Vaisala Challenge by surfing the internet for potential job openings. With graduation fast approaching, Mounir was trying to get his life together. While searching for jobs in the wind sector – he was working on wind energy forecasting for a class at the time – he stumbled upon the Vaisala Weather Challenge. The competition was in line with our research at the Water Center, so we decided to apply, and three days later, we had a submission ready.

Of course, the idea of the RainMiner came to life before we had heard about Vaisala's Weather challenge, back in September 2015. As part of our research at the Columbia Water Center, we seek to find solutions for the world's current water issues. In the United States, issues associated with aging water infrastructure have made us question what future water systems should look like. Within this framework, we believe that one of the viable solutions could be to rely more on the use of decentralized water systems. Rainfall in many places, particularly in large cities, usually goes directly down the drain. In places like Mexico City where water scarcity is a growing issue, the plentiful local rainfall could be used to partially cover the demand of millions of people, while reducing the stress of big, centralized systems that pump water from long distances at a high cost. With RainMiner, we wanted to create a rainwater harvesting "diagnosis" tool to assess the potential of rainwater harvesting in a particular location. The basic data we needed was a local precipitation time series (from stations or gridded data), demographic information, water demand estimations and available roof areas.

Our first goal was to estimate the water resource potential for each of the approximately 3,000 counties in the contiguous US. Daily precipitation data was obtained through the IRI/LDEO data library, and represented gridded data at a 0.5ox0.5o resolution. Due to the interpolation mechanism used by NOAA in creating this dataset, there were significant errors, especially in the percentage of days with measurable precipitation. In order to build an accurate model that generates synthetic rainfall series reflecting true weather patterns, we came up with a deconvolution algorithm that reduced the error, to nearly 0% in many cases. The deconvolution algorithm was developed and optimized by comparing daily rainfall data from actual stations – obtained from KNMI explorer – with gridded precipitation. Once the data was "cleaned up", we used a mass-balance algorithm, including water recycling, to estimate the reliability of RWH systems across the United States. The rainfall generator enabled us to bootstrap the data, resulting in more reliable estimates of the actual water resource potential. We then expanded the analysis to create interactive rainwater harvesting diagnosis tools for Mexico and Brazil; we called this the RainMiner. The data and the platform we used (RShiny) are all open-source.