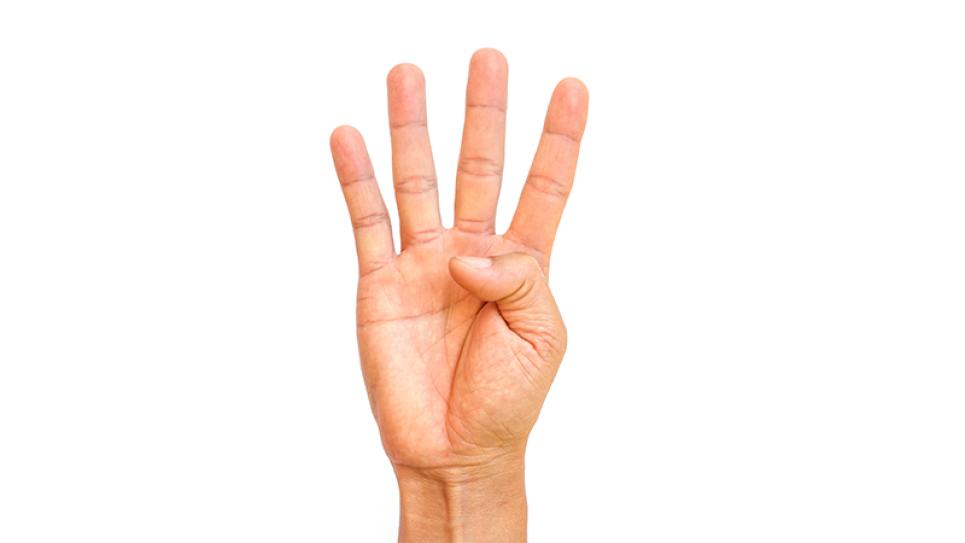 Last week we shared an email thread asking you, our faithful blog readers, to help troubleshoot some mysterious data from a warehouse mapping. Several folks got back with some thoughtful analyses, which we will share in this week's blog. BUT FIRST! Several other folks asked for us to provide more data. Paul scoured his inbox and found the data originally sent... so, here we offer the images of mapping, as well as the raw data, for your edification and delight! Here is the Raw Data. And below is an image of the sensor placement schematic. 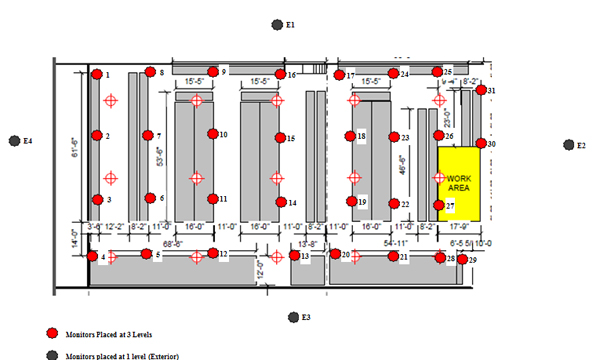 Now for our Reader Analyses:

1.    Where are the controller sensors of AHU machines? Since the whole warehouse had a drop in temp, maybe some heat source was placed close to these sensors? This would only be a reasonable hypothesis if all sensors are together (or if all AHUs share one thermostat). Warehouse owners should have been able to mention if a hot load was entered into the depot, I think.

2.    One item that called my attention is why the new cold spot is placed on the upper third of the warehouse, from my perspective, floor should be cooler than roof (since the “event” produced a peak to colder temp, I assumed the AHU were in a cooling mode at the time of event, reducing the chance that we are talking about an excessively cold outer weather). In this perspective, the position of cold spot close to the roof against the once “well stratified” warehouse shows that AHUs (I assume placed close to the roof) are cooling in excess. If all of them are using a single sensor, this one may be wrong (perform an “as found” calibration to find out). If there are many of them, look for a heat source next to them.
3.    High variation of sensor 28-3 during working hours could also be due to a new heat source used for work (a new machine for packaging? Electrical charge station for forklifts?) or a malfunction of lighting close to this sensor. Anyway this has to be related to “the event” somehow, for this I would go talk to depot owners or depot staff again.

Anyway I can’t give this one any more time, but now I want to know the solution!!!

I agree with the general process that was followed for this investigation.
The most valuable part of an investigation like this is to take the data and see what it is telling you. For instance, the initial problem presented the possibility of an event cooling down this particular sensor, but the data appeared to suggest a global cooling change to the whole area, with the problem actually being an event heating up the problem location. The data must be examined as a whole and not with any particular focus at the onset of the investigation, otherwise a key aspect may be overlooked.
If the data suggests different variability than has been seen historically, instrumentation should be ruled out so it is confirmed as a true environmental problem.
After instrumentation is ruled out, then the root cause of the environmental change can be determined. When historical data is available, comparisons of variability between old and new data can be made. An evaluation and notation of locations of any features that may affect temperatures is also valuable in the investigation. If duct, window, etc. locations are known, and historical data is available, sensor locations and temperatures can be investigated for any changes in the effects of these features. If a sensor is near a duct, and at some point exhibits higher temperatures or greater variability than has been seen previously, it can direct the focus of investigation.
Examining data as whole while initially ignoring any suggested problem/assumption and making notes of a sensors surrounding environment (not looking at a hot or cold spot as just a location in a bubble) while placing the sensor can help aid the investigation including helping direct questions to independent warehouse management who may not be as experienced in thermal mapping.
Mark Wilson
Manufacturing Maintenance Engineer, Operation
Global Biologics Distributor
Kevin Myers answered AFTER we'd sent him the data.

(before seeing the data)

Thanks for the Monday morning poser to start the week. My initial thought on this issue is the loggers have been moved inadvertently then replaced when once discovered, especially as the event is quite localized. But it would be a good idea to review all possibilities. If I were to investigate this I would look for answers to the following questions to get a fuller picture.

1. Logger placement:
Were the loggers fixed in place? This would stop them being moved accidently.
For the materials in the vicinity of the erroneous readings, where there are stock movements? This will show in system transactions. Logger could have inadvertently been moved.
Where the warehouse staff (all shifts) briefed on the exercise? Sounds like poor communications with the warehouse manager. Do they know the positions of the loggers?

2. AHU / Temperature control:
What is the position of the temperature controlling probes? Are they calibrated, maintained?
Is routine temperature monitoring performed in the warehouse? The hot and cold spot should be monitored and this would give an indication of AHU failure
Is there a temperature profile mapped for door opening scenarios? Is this timed and recorded?
Do we know the external temperature; is this a summer or winter exercise?
As the warehouse managers don’t have much information is there any design specs for the layout/AHU placement etc. that might help?
Are there any previous mapping exercises?  The hotspot has obviously been identified previously, where the same loggers used in previous exercise?

System:
Is preventative maintenance performed on the AHU? and is it current
Are routine monitoring probes separate from the controller probes? Are they all calibrated?
If there were detected faults on the AHU earlier, was any maintenance being performed at the time of the event? If so this should be logged somewhere
What other sources of heat may be present in the warehouse? Any built in cold stores or freezers? Any gas powered fork lift trucks?

(After seeing the data)
Thanks for the data,  It does look like the event occurred over a long Easter weekend and came into spec on the next working day,  so this could point to something operational.

Are there any power saving ramp downs at the weekends which could affect the cooling system?
Is there a warehouse door near point 29? This could be providing additional cooling along the aisle running along the southern edge of the warehouse during the week when the warehouse is in operation. This could also explain why loc28 has variability after the event.

Are the doors fast acting/on timers or manual? I have seen many where the doors are overridden and stay open for long periods.
Also I would ask if the sensor at loc 4 is fixed to the west wall, this could be providing additional heat? Leads to the question what is adjacent to the west wall through the little doorway?
I think lots of questions need to be asked, the answer will be amongst them somewhere. Operationally the vicinity of loc4 could be avoided for storage until the issue is resolved as the rest of the warehouse is fine.
Kevin Myers
Production Support Coordinator
Global Pharmaceutical Manufacturer
Roberto Arditti waited until we sent him the data to comment.