2020 strikes again: significant lightning drought for much of the US during the past year 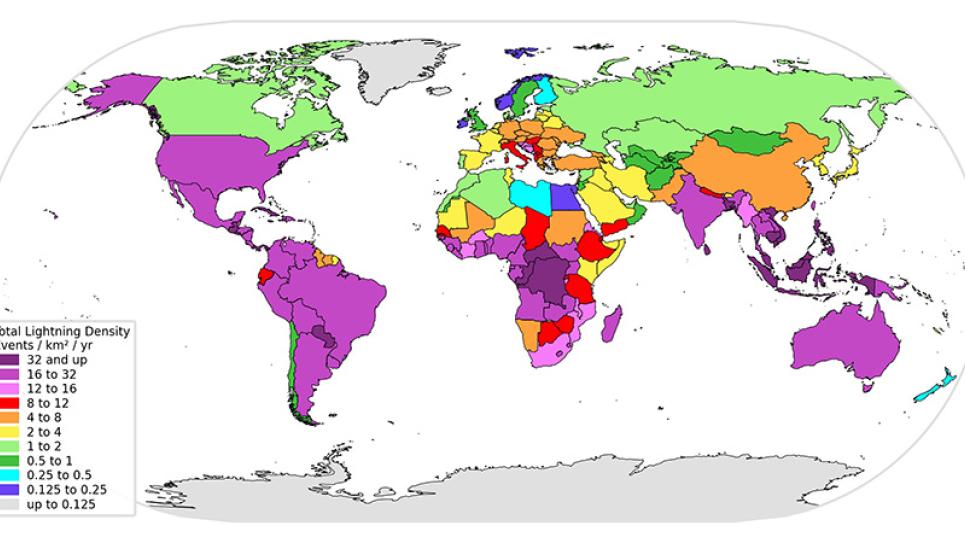 2020 strikes again: significant lightning drought for much of the US during the past year

Thanks to industry-leading detection accuracy and unparalleled data history dating back more than 30 years, Vaisala has identified the most significant year-over-year decrease in lightning activity across the US since 1989.

Vaisala, a global leader in weather, environmental, and industrial measurements, including comprehensive lightning data, today released its 2020 Annual Lightning Report in advance of the 101st American Meteorological Society (AMS) Annual Meeting, held virtually next week for the first time due to the ongoing COVID-19 pandemic. The Vaisala data reports that 2020 saw a total of 170,549,822 cloud-to-cloud and cloud-to-ground lightning events in the continental U.S., compared to 222,988,888 in 2019, a decrease of 52.4 million events.

Vaisala’s National Lightning Detection Network (NLDN) has provided lightning detection coverage of the continental U.S. longer than any other system. It delivers proven performance in detecting total lightning (both cloud-to-ground and in-cloud lightning), providing valuable data with unmatched accuracy for many public and private applications on both local and national levels.

“Vaisala pioneered continental-level lightning detection and leveraged 31 years of comprehensive historic lightning data to determine the incredible lightning drought last year, which was caused by an anomalously strong area of high pressure over traditionally lightning-prone regions,” said Ryan Said, Lightning Scientist at Vaisala. “This history and the accuracy of our data allows us to reliably track trends and changes over time, ensuring we can provide both current reporting as well as trustworthy long-term analysis and interpretation.”

Key findings noted in the 2020 report include:

Accurate lightning information and education is critical to the protection of life and property. According to the National Interagency Fire Center (NIFC), each year lightning in the U.S. causes roughly 9,800 fires that burn more than 3.7 million acres, impacting the lives of thousands of residents. The Annual Lightning Report plays an important role in supporting lightning education and maintaining awareness for meteorologists, firefighters, and community leaders.

“Although California saw fewer than 300,000 lightning events in 2020 — a 48% decrease from their previous five-year average — more than 20% of the events occurred during a four-day period in August, in what was described as a lightning siege,” explained Chris Vagasky, Meteorologist and Lightning Applications Manager at Vaisala. “This onslaught of lightning, which was accompanied by very little rainfall, triggered four wildfire complexes that combined to burn more than 1.8 million acres of land.”

For additional information on NLDN or to download the report, visit vaisala.com/lightning.

About Vaisala
Vaisala is a global leader in weather, environmental, and industrial measurements. Building on over 80 years of experience, Vaisala provides observations for a better world, with space-proof technology even exploring Mars and beyond. We are a reliable partner for customers around the world, offering a comprehensive range of innovative observation and measurement products and services. Headquartered in Finland, Vaisala employs approximately 1,900 professionals worldwide and is listed on the Nasdaq Helsinki stock exchange.
www.vaisala.com
twitter.com/VaisalaGroup
linkedin.com/Vaisala