Taking the heat out of data center energy costs

Faced with potentially disastrous climate change, countries and organisations are urgently seeking ways to reduce their greenhouse gas (GHG) emissions, and one of the most obvious solutions is energy efficiency. Sectors consuming large amounts of energy are therefore under a high degree of scrutiny. The following article explains how cooling efficiencies can be implemented at energy-hungry data centers. It also describes the dramatic cost savings and improvements in environmental performance that are made possible by accurate measurements.

Delegates at the COP26 climate conference in Glasgow returned home with the alarming news that the combined Nationally Determined Contributions (NDCs) to reductions in GHG emissions would be insufficient to limit global warming to 1.5 Deg C above pre-industrial levels. Countries and organisations are therefore urgently seeking ways to achieve their Net Zero ambitions.

It has been estimated that the world’s 18 million data centers used 200-250 TWh in 2020 (1) which represents about 1% of global electricity consumption. This heavy power requirement at data centers is driven by IT infrastructure (approx.60% on average) and the associated cooling and air-conditioning systems (approx. 40% on average). To-date energy efficiency improvements at data centers have managed to decouple growth in data traffic from energy use. IT equipment is becoming more efficient, but also cooling systems must be tightly monitored and controlled to minimize energy consumption. With energy costs spiralling, the drivers for optimizing the energy efficiency of data centers are both environmental and financial.

The USA currently has by far the most data centers with 2,670, followed by 452 in the UK, 443 in Germany, and significant numbers in China, the Netherlands, Australia, Canada, France and Japan (2).

Cryptocurrencies are imposing enormous energy demands. Bitcoin mining for example, is increasingly being undertaken by new large data centers, some of which use cheap energy from fossil fuels. The environmental effects of cryptocurrencies are now becoming better understood and this creates risks and challenges for the sector to become more energy efficient. For comparison, it has been estimated (6 & 7) that Bitcoin mining alone uses more energy than some countries – including Norway, Argentina, the Netherlands and Pakistan.

In recent years, the growth in demand for data centers has seen the closure of older inefficient facilities, and the construction of new efficient hyperscale data centers. This has helped to lower the rate of growth in energy consumption. However, with more data being stored in the Cloud and with the development of more IT-based resources such as AI, machine learning, self-driving cars etc. it is commonly accepted that energy demand may grow significantly.

The importance of keeping cool

With cooling and air-conditioning (A/C) responsible for around 40% of energy usage, it is clear that this non-IT infrastructure has to be managed as efficiently as possible. However, accurate temperature and humidity control is also vital for the correct functioning of IT equipment.

“In many modern facilities 99.999% uptime is expected; representing annual downtime of just a few minutes. These extremely high levels of performance are necessary because of the importance and value of the data and processes being handled by the IT infrastructure,” says Industry Expert Anu Kätkä from Vaisala.

“Low humidity increases the risk of static electricity, and high humidity can result in condensation. Incorrect or fluctuating temperature can also harm IT devices or shorten their lifetime. It is therefore extremely important that monitoring and control systems are supported by sensors that are stable, accurate and reliable in the long-term. Vaisala devices are capable of temperature measurement accuracy as high as ±0.1 °C and humidity measurement up to ±0.8% RH which is an optimal fit for the data centers.“

Highlighting the importance of accurate sensors, one of Vaisala’s customers has estimated that a mere 1°C in overcooling could increase annual cooling energy costs by up to 8.5 percent.
“To put this into perspective, the increased energy costs for a small data center would be over 0.4 million Euros over 10 years, and for a large data center it would cost over 4 million Euros,” Kätkä adds.

In addition to its complete range of sensors for data centers, Vaisala is also the world’s leading manufacturer of meteorological monitoring equipment, which is important because many data centers employ economization; measuring the outdoor environment to enhance the optimization of indoor conditions and to improve energy efficiency.

Traditionally, air cooling is employed in data centers, but as rack densities increase, there is a growing demand for more effective cooling systems. Liquid cooling solutions are therefore becoming popular because they are much more effective at removing heat. To support this trend, Vaisala has developed a new high-quality sensor for measuring cooling / heating liquid temperatures.

“The new Vaisala TMI110 is an immersion temperature transmitter, supplied with a calibration certificate and offering excellent response time with accuracy of ±0.1 °C. We are happy to include this product into our portfolio, because customers can now source all of their most important sensors from one supplier – air temperature, humidity and differential pressure sensors for rooms and ducts, meteorological sensors for outdoor weather, and now immersion temperature sensors for cooling systems,” Anu Kätkä concludes.

In comparison with the energy, environmental and financial costs of energy inefficiency, investments in accurate, stable measurement systems are negligible. So, just as space missions are using Vaisala’s measurement technology in the most demanding conditions, data center managers are choosing the same solutions for their most critical environments here on Earth.
By tightly controlling ventilation and cooling systems with accurate, stable sensors, data center managers can lower energy costs, reduce their carbon footprint and future-proof their sector as the demand of GHG emissions reduction intensifies.

The expert interviewed in the article is Anu Kätkä, who represents Global Product Management at Industrial Measurements of Vaisala. She has extensive experience in building automation and management systems as well as metering and monitoring solutions.

Learn from the expert

Cooling is critical to maintaining temperature and humidity at the optimal level for reliable server operations. However, cooling and air conditioning are second only to IT equipment in terms of power consumption in data centers, accounting for up to 40 percent of the total energy demand. It comes as no surprise, then, that even the tiniest variations in cooling temperature can have a significant impact on the overall running costs of a data center.

In this 45-minute webinar, Vaisala expert Anu Kätkä will discuss the importance of precise HVAC measurements to maximize the energy efficiency of data centers. 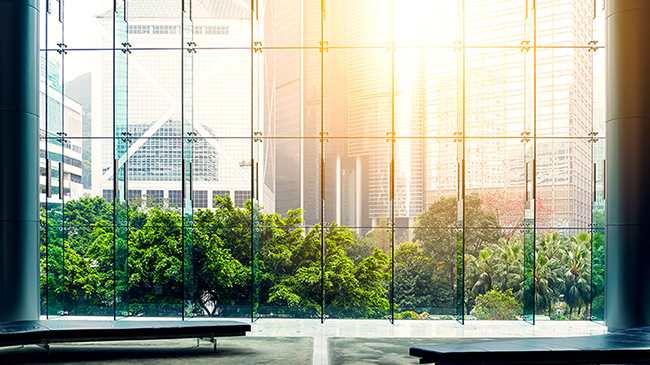