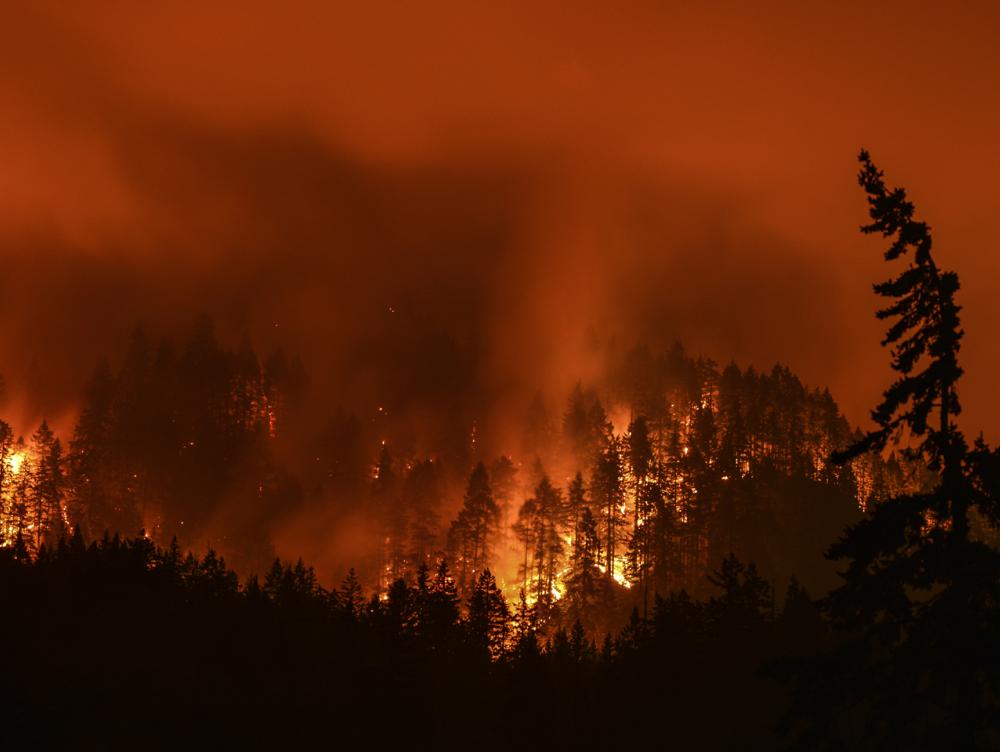 Fewer than 10% of lightning strokes have continuing current. They are likely to cause extreme heat damage or start a fire. So if you are concerned about wildfires, or lightning damage to wind projects, or electric transmission/distribution networks; when a thunderstorm blows through, the Continuing Current Dataset is designed for the identification and location of lightning events most likely to have caused damage through heating, so you can more effectively prioritize inspections, and prevent further damage.

Vaisala's Continuing current Dataset has been developed to identify the small fraction of cloud-to-ground lightning strikes with continuing current; they are the events that can be the most destructive, and are most likely to initiate wildfires, put holes in wind turbine blades and damage other electro-mechanical assets.

Counter intuitively, the majority of these destructive events are not higher peak current events, in fact quite the contrary. They cause extreme heating, having a duration up to 1000 times longer than the other 90% of strokes, as they transfer significantly more electric charge to whatever they are in contact with.

How do we Identify the Most Destructive Lightning Strikes

In April 2020 Vaisala was awarded the patent for a technique that combines lightning information from ground-based lightning detection networks with satellite-borne lightning sensors, in this instance, on the two GOES satellites over the Atlantic and Pacific Oceans.

The Geostationary Lightning Mappers, the sensors on the NOAA/NASA GOES satellites, while not distinguishing between cloud and cloud-to-ground lightning, are able to detect the duration of each lightning flash, by analysis of the optical signal. USA coast-to-coast coverage is achieved by employing the data from both GOES  East and West satellites

Through a clever technique, that integrates data from both the satellite and ground-based technologies, we can deliver a data feed that includes the identification of strokes with continuing current and their duration. 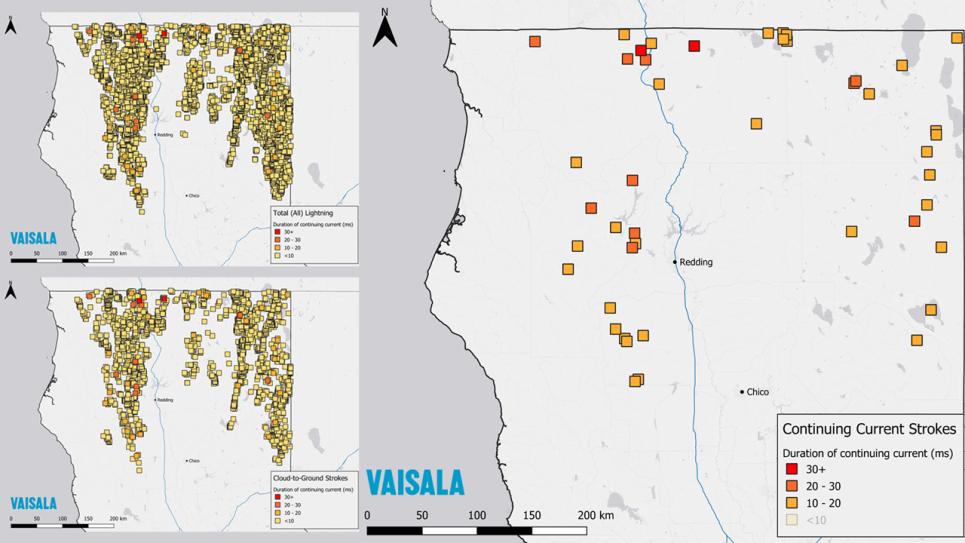