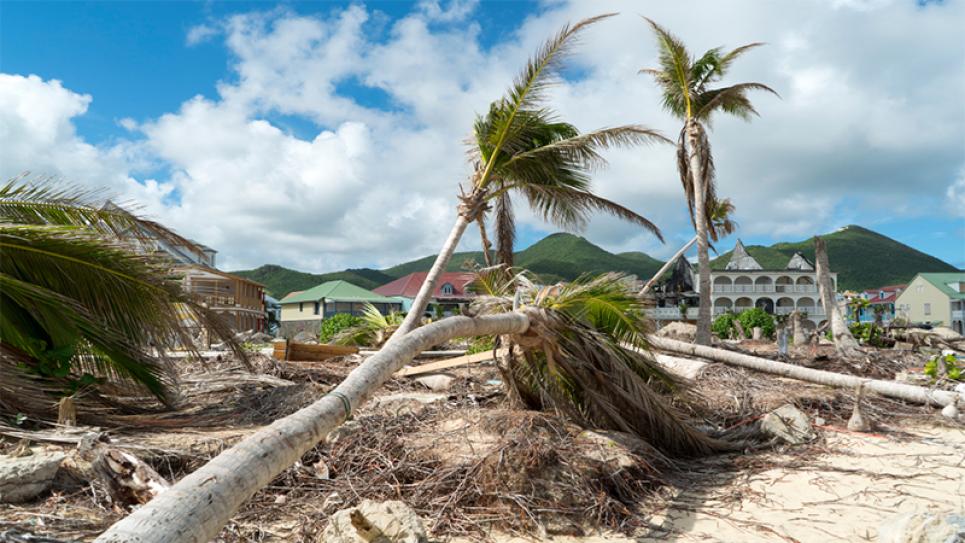 In 2017, over the course of a month, both the United States and Caribbean nations were affected by no less than four major hurricanes with wind speeds exceeding 111 mph (180 km/h). Hurricanes Harvey, Irma, Jose, and Maria caused widespread devastation over many countries. Hurricane Irma was especially devastating to the island of St. Maarten, the half-French, half-Dutch Island of around 80,000 people. The island was directly in the path of the storm, knocking out their Automated Weather Observing System (AWOS) and Low Level Windshear Alert System (LLWAS) stations, which had been installed in recent years.

St. Maarten (St. Martin) was one of the Caribbean islands which was hit the hardest by the string of major hurricanes in the autumn 2017. Hurricanes of this magnitude have the power to destroy homes and make trees and power poles fall, causing life-endangering situations and power outages, that last for weeks or even months. The shortage of power, shelter, water and food in the hurricane-affected areas may result in those areas becoming uninhabitable for a long period of time.

In 2016, St. Maarten had installed 6 Vaisala’s LLWAS and 1 Vaisala’s AWOS station at their airport. Even with the best design, these systems aren’t designed to withstand the hurricane-force winds that St. Maarten experienced during Hurricane Irma on September 6. The last observation that the system recorded was 80 mph (130 km/h), before the speed dramatically increased, shearing off the mast that held the system.

After Irma passed, The Meteorological Department of St. Maarten (MDS) reached out to let Vaisala know that their systems were offline and heavily damaged. A Vaisala team in Boulder quickly worked together to test a TacMet system that could be sent to serve as a temporary solution while the country looked to rebuild.

As the system was being tested in Boulder, Hurricane Maria passed through the area, and while not as devastating to the island nation as Irma, it still delayed the delivery of the Vaisala TacMet system.

However, Jeff Cole, Product Manager in Vaisala, was able to travel to St. Maarten to see what was salvageable of the 6 LLWAS systems and 1 AWOS, and deliver and set up the TacMet as a gesture of goodwill for the devastated country. The system was set up and providing weather data to MDS already during the last week of October 2017.