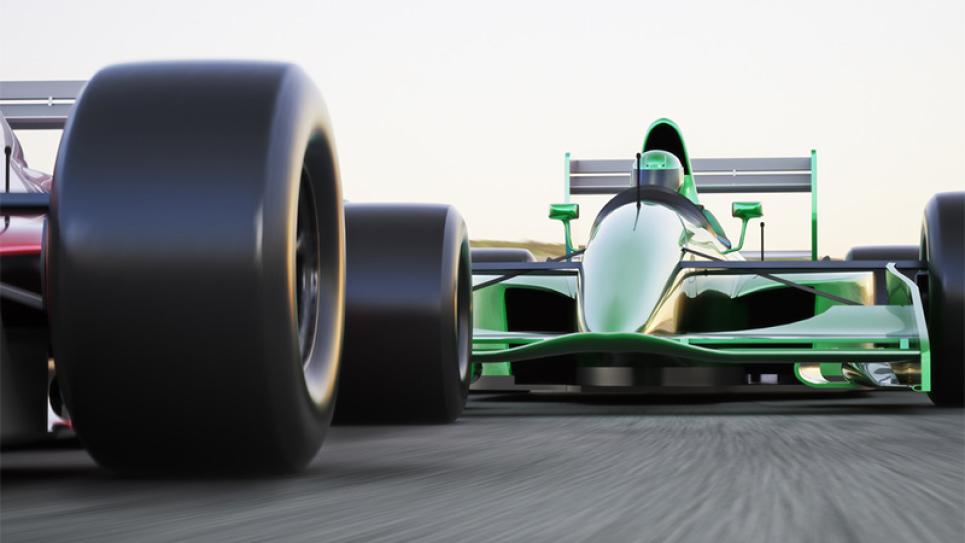 Tires play a central role in the performance of all cars, but Formula 1 races have especially “educated” the general public about the importance of choosing the right tire. Humidity is an
important parameter for tire pressure.
Michelin, the world leading tire manufacturer, has chosen Vaisala products to measure humidity in the Formula 1 tires it manufactures.

The world-famous tire manufacturer Michelin was founded in 1889 but its origins date back to the 1830s. Michelin produces tires for passenger cars, trucks, other vehicles and aircraft, as well as map and guiding services through its tourism services product line. Currently Michelin Group has more than 125,000 employees all over the world. With their competition department, Michelin is also present in motor sports, including the World Rally Championship, Moto GP, Le Mans and Formula 1.

Michelin first started in Formula 1 in the middle of the 1970s. Michelin was active in the discipline for 10 years, winning world championships with Ferrari and McLaren and pioneering the use of radial tires. However, the company decided to withdraw from F1 at the end of the 1984 season. The company made its comeback to F1 in 2000. At present Michelin cooperates with five F1 teams (Renault, Jaguar, McLaren Mercedes, Toyota and BMW Williams).

Humidity plays a role in tires

Engineer Pierre Fabry of Michelin is responsible for Renault F1 Team tires. He contacted Vaisala as Michelin wanted to measure the humidity in its tires. Humidity is a very important parameter for pressure. The tires are inflated at an ambient temperature, but during races the tire temperatures rise to some 100°C, and sometimes up to 120°C. In laboratory conditions Michelin has tested tires at even higher temperatures, up to some 150°C. According to Mr. Fabry, humidity in tires has several sources and the objective was to determine where exactly the humidity comes from. This would help in finding a solution to tackle this major problem. “But the very value of humidity in tires is confidential. After all, we are working in the Formula 1 world, which represents the most advanced technologies, extremely important in overall car industry development,” explains Fabry.

The Vaisala HUMICAP® Relative Humidity and Temperature Transmitter HMP238 was chosen to make these measurements, since conditions are demanding.

There is a pressure of around 1.5 bar along with high temperatures. The product was used with options such as calculation to determine all the parameters of humidity. Michelin is using this transmitter as a portable transmitter to test everywhere in the world. The HMP238 performed well in the tests, assisting Michelin in the development of ever better tires for the fastest motor sport.

The article was originally published in Vaisala News 163/2003.