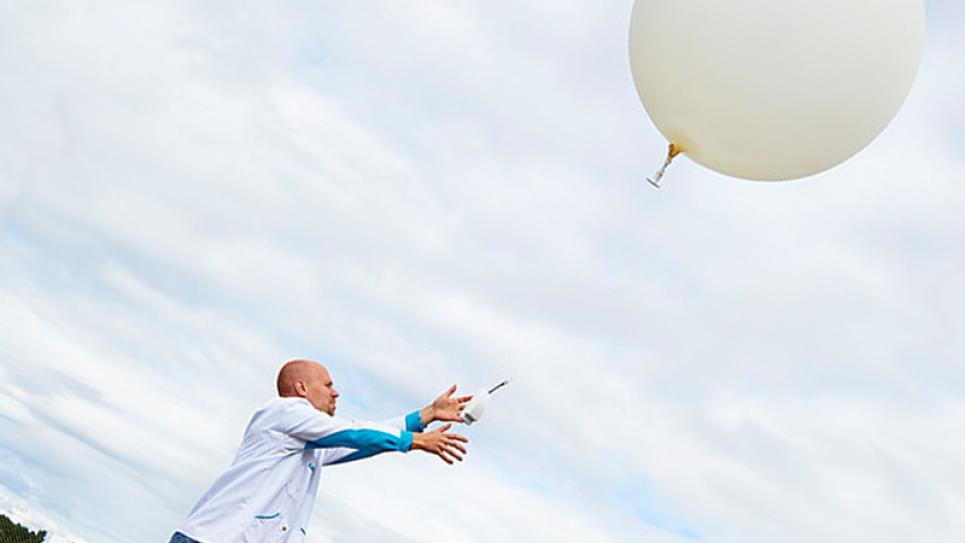 Vaisala's origins date back to the 1930's when Professor Vilho Väisälä, Vaisala's founder and long-time managing director, invented the fundamental operating principles of a radiosonde and sent the first Finnish radiosonde aloft in December 1931. After the first sounding, Väisälä continued with further development and tests until a radiosonde could be brought into production and deliveries started in 1936, which marks the beginning of Vaisala.

A radiosonde is an electronic device that is used to measure meteorological variables in the atmosphere. The instrument, smaller than the size of a coffee cup, is lifted to the upper atmosphere up to altitudes of 20 to 40 km by a weather balloon filled with helium or hydrogen.

The radiosonde has been the basis of weather forecasting and climate research since first attempts to design such a device by French, German and Soviet scientists in the late 1920s. Professor Väisälä started to develop his own radiosonde design after a Soviet sonde was found in a field in Finnish Karelia in 1931 and presented at a meeting of the Geophysical Society of Finland. As an inventor and meteorologist, Väisälä found the concept intriguing but the instrument's design clumsy, heavy and too complicated. He set on a mission to design a radiosonde that was light, small and cheap.

Since radiosondes would be purchased by national meteorological institutes under public funding, price would be a crucial factor for it to become a product used in daily weather observations. Väisälä also understood that the sonde would only serve a futile purpose if it could not be used for making weather forecasts, something meteorology as a science had only been practicing for a short time. This could only be achieved, he realized, by being able to accurately collect and analyze radiosonde data and making it available to an international database for meteorologists to use worldwide.

The radiosonde continues to be an indispensable tool for modern day weather measurement. Today, weather measurements and forecasting are done with an array of methods supporting the radiosonde data, such as weather radars, satellites and automatic weather stations. Modern radiosondes measure temperature, humidity, barometric pressure, and wind speed and direction, but they can be fitted to measure radiation, ozone levels and other variables for scientific purposes as well. Releasing a radiosonde and gathering the information it sends back to earth is called a sounding.

Who does radio soundings?

The World Meteorological Organization's (WMO) Global Observing System (GOS) network releases more than 1,400 radiosondes every day. Radio soundings form the backbone of atmospheric data from the earth’s surface up to altitudes of about 30 kilometers. The data is essential for high accuracy weather forecasting and is used by meteorological institutes worldwide.

Radio sounding data is also used by climatologists, universities, research groups, environmental agencies and defense services for a variety of purposes. For climate change research, for example, the radiosonde data is indispensable.

Global Observing System (GOS): The coordinated system of methods and facilities for making meteorological and other environmental observations on a global scale in support of all WMO Programmes; the system is comprised of operationally reliable surface...

The Geophysical Society of Finland

The Geophysical Society of Finland (founded in 1926, name in Finnish: Geofysiikan Seura r.y., in Swedish: Geofysiska Sällskapet r.f.) advances geophysical research and serves as a link between those involved in it