The Mars Polar Lander spacecraft was successfully launched from the Cape Canaveral Air Force Station in Florida, USA on January 3, 1999. Finnish skills in making some microprocessor systems and meteorological instruments in space technology are well known. Thus, the landing vehicle of the Mars Polar Lander mission is equipped with FMI/GEO’s Finnish special measurement electronics, including two pressure measurement instruments based on Vaisala’s BAROCAP® and THERMOCAP® sensors.

Three  representatives of  the  Geophysical Research Unit of the Finnish    Meteorological  Institute  (FMI/GEO)  – Jouni  Polkko,  Pekka  Riihelä and  the  author  –  were  present at the spectacular launch of the Mars Polar Lander.

The conquering of Mars...

It has long been realized that a project  as  big  as  the  “conquering of Mars” is only possible by international  cooperation.  The Mars  Polar  Lander  (MPL)  project has been organized by the United States, Finland and Germany. The landing craft is equipped  with  FMI/GEO’s  special measurement  electronics,  and two  pressure  measurement  instruments  based  on  Vaisala’s BAROCAP® and  THERMOCAP® sensors, but delivered by FMI/GEO.

FMI/GEO  has  a  representative  on  the  MPL’s  nine-member  scientific  group.  The  MPL will  land  near  the  Martian south  polar  region  in  December 1999 and perform the major part  of  its  observations  during the  first  three  months,  after which  the  spacecraft  should remain  functional  for  more than a year.

For  some  days  before  the launch of the Mars Polar Lander, the  weather  was  stormy  and cold  in  the  eastern  side  of  the United  States.  This  troubled the  launch  team,  because  due to  the  orbital  mechanics  the launch   window   opened   for only about one second per day. On the night before it was due, two  medium-sized  tornadoes formed  a  threat  and  the  temperature dropped to zero Celsius degrees around Cape Canaveral –  the  coldest  it  had  been  in Florida for two years. TV channels  reported  that  heavy snow falls  had  affected  the  northern and middle parts of the United States.
However ,  when  the  day  of the launch – Sunday, January 3–  dawned ,  all  was  clear.  The storms of the previous day had completely ceased.

The Delta launch vehicle, operated  by  the  U.S.  Air  Force, pointed  upwards  into  a  bluster y, cloud-covered Florida sky at the   Cape   Canaveral   Air Station Launch Complex.
Although  the  total  length  of the  launch  window  was  three weeks, it  was  opened  daily  for approximately one second. The space shuttle and weather conditions have to be optimal at a certain  time  of  the  day, otherwise the  launch  will  be postponed till the next day.

Only one hour before the launch,  the  upper-air  winds  in the upper atmosphere were too strong, but calmed down just at the  right  time. The  feeling  was tremendous  as  the  announcers started  paging, thirty  minutes before  the launch, through loud  speak ers  and  finally  the marginal  words  –  “...thermal system – go! ALL SYSTEMS – GO, we are heading for launch!”

The  liftoff  looked  –  and sounded – impressive. Enormous flames, smoke clouds and trembling sound amazed everybody. The observation area was so far from the launch site that when  a  stormwind-like  rending thunder reached the observation  area,  the  rocket had already  disappeared  above  the thin  veil  of  clouds. The  observers  could  see  only  a  tornado-like  smoke  pillar  in  the  observation area. One can just image how spectacular an audiovisual  play  the  launch  would  have been, if it had been a cloudlessnight.

The  next  morning  started with  an  early  general  meeting.
The  status  of  the  Mars  Polar Lander  was  reported  to  be good,  though  there  were  some minor  problems  with  the  Star Tracker. In the meeting, all the tired-looking key  engineers, who had been awake all night, gave fur ther  information  on the  MPL  status.  The atmosphere at the meeting was very satisfied and enthusiastic. That was the  third  Mars  spacecraft gone  –  all three during  six months!

Until January 25, when this text  was  written, everything had  gone  fine  and  the  systems were  functioning  well. FMI/GEO’s  equipment  –  MET-Pand  EGA-P  –  are  simplified pressure  measurement  instruments. The minimized  mass and power constraints were the major issues with which the scientific  aspects  had  to  be  integrated. MET-P is part  of  the Meteorological   Instrumentation (MET)  sent  to  Mars  for accurate    scientific  pressure measurements  in  the  Martian gas atmosphere. MET-P includes four  Vaisala based BAROCAP sensors and weighs 45 grams. EGA-P is part of an EGA instrument which will examine the composition of the surface material on Mars. EGA-P  will measure  the  gas  pressure  after Martian surface material has been heated in a chamber for the purpose of analyzing the emitted gaseous components. EGA-P weighs 12 grams, including one BAROCAP sensor. 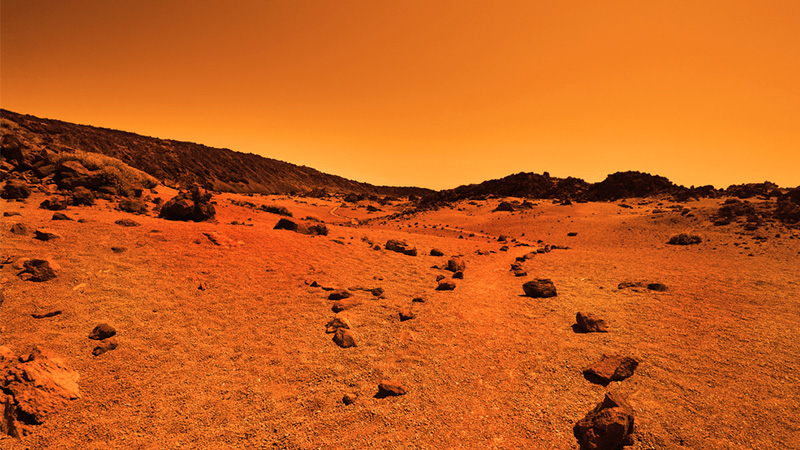 Has there ever been life on Mars?

The Mars Polar Lander   is scheduled  to reach  Mars  on December 3, 1999. The Lander will  be  targeted  to  the  northernmost boundary of the polar layered deposits, at a  high southern  latitude site which is between 75 and 80  degrees south  latitude. The  scientific mission  to  the  polar  layered deposits  is  expected to  reveal lots  of  new  information on Martian  climatic  history. The gas atmosphere,  which contains mostly carbon dioxide, might have been much thicker and warmer in the past than it is  nowadays. The  Lander  will search for nearsurface ice, and possible surface records of cyclical climatic change. It will also  characterize  the  physical processes that are key to seasonal cycles of water, carbon dioxide  and  dust  on  Mars. These  investig ations  are  essential to find out if life ever existed on the planet. Observational data from the Mars Polar Lander will be sent to  the  Earth  through  the  Mars Climate Surveyor  craft. The data  will  be  received  by  effective NASA/JPL  surface  stations, where  it  will  be  processed. Specific  instrument related data will be sent to the appropriate  instrument  teams to benefit their scientific research work.

The launch of the Mars Polar Lander is one step in the Martian space  research  program  started in  1996  by  the  National Aeronautics and Space Administration (NASA)  in  the  United States.  It  consists  of  two research  launch  shots from each launch  window, which  will be open every 26 months. In 2005, NASA will carry out the Mars Sample Return (MSR) mission in order to get soil and gas research samples from Mars to the Earth. The European Net LanderMission, formed  by  four  Mars Landers,will embark on the journey  to  Mars  at  the same time in  August  2005  as  the MRS.The  Net Lander Mission will in vestig ate  the  construction of the inner parts of Mars, and  the  Martian atmosphere. The Net Lander Mission project authorities expect that the main microprocessor based central  data  management  system and the atmospheric instrument system will be taken by the FMI led  Finnish  scien scientific  and  industrial  organizations.