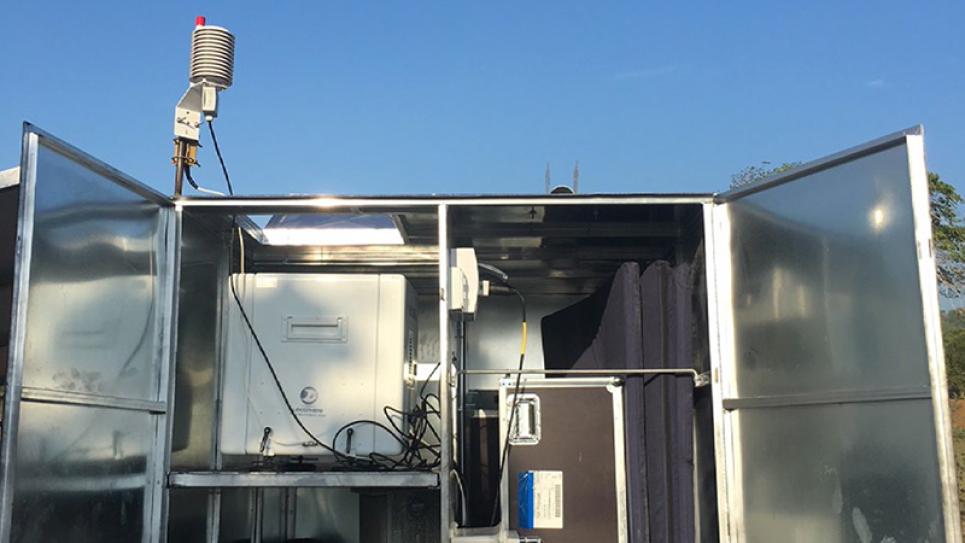 In Latin, ventus means wind, and the name is a fitting description of this Latin American engineering and construction company’s core expertise. Ventus provides turnkey wind solutions supported by ground-based lidar, nacelle-mounted lidar, and met masts, and the company is active in Uruguay, Argentina, Chile, and Colombia. All of these countries are seeing increased demand and opportunity for wind energy, but they require accurate assessment of local wind resources and power performance in different regulatory frameworks.

For this project, the objective of the Ventus Renewable Energy Resource and Project Development team was to validate on-site wind resources, guided by specific Argentinian regulations: When the average distance between a farm's wind turbines and a met mast exceeds 6km, the wind resources at the turbine site must be validated by a remote sensing device. Ventus wanted to ensure a specific correlation coefficient between the location of the met mast and the final location of the future turbines.

The solution: Design comprehensive measurement campaign to evaluate lidar/met mast correlation
For this project, Ventus relied on WindCube® vertical profiling lidar to assess data variations between the location of a met mast and the location of the future turbines, where the lidar was deployed.

"WindCube vertical profiling lidar is already IEC- compliant for PPT. Hence, the Ventus team easily deployed the ground-based lidar to measure the wind speed at the turbine hub height (140m) in accordance with the IEC 61400-12-1 ed.2 (2017) standard. Another positive point that I can add is the fact of being able to install WindCube quickly and much more economically than a tower and obtaining good results.”
Andrés Guggeri
Renewable Energy Project Developer

The height of the met mast is 100m, but the team configured the lidar to measure up to 150m for a more direct correlation with a met mast height and beyond (the new WindCube enhancements allow measurement up to 300m).

The benefits: Detailed analysis, high data correlation, enhanced understanding of the site conditions
Ventus was pleased to formally validate WindCube’s WRA data at a distance of more than 6km. The team says it obtained definitive results after comparing the lidar data with the met mast data in accordance with the IEC 61400-12-1 ed.2 (2017) standard. They found a high (98%) wind speed correlation between the lidar and the met mast.

The challenge: Perform operational PPT to validate OEM’s power curve
In this project, Ventus was hired by the end customer to conduct a PPT campaign in order to validate the power curve of an operational turbine and reduce uncertainty by integrating data sources from several technologies.

The solution: Confirm wind farm performance combing data of three different technologies
For this PPT campaign, Ventus needed to combine several datasets and confirm the performance of the turbine against estimates created during commissioning. It deployed a met mast, WindCube ground- based lidar, and Wind Iris nacelle-mounted lidar (the previous version of WindCube Nacelle) in order to comply with IEC standards while enhancing the certainty of the PPT assessment.

Ventus has also used Wind Iris nacelle- mounted lidar for this PPT project in order to obtain reliable data thanks to continuous wind direction alignment, as well as to get more experience with nacelle-mounted lidars (IEC standard 64000-50-3 on the use of nacelle-mounted lidars for wind measurements is expected to be released in 2021). Before the measurement campaign, the Ventus O&M team conducted calibration of the Wind Iris comparing the lidar data and the met mast data to evaluate the sensitivity of the device with regard to environmental variables such as temperature, wind shear, and wake effect, and eventually quantify the uncertainty of the lidar.

As a result, the team was able to validate the power curve by comparing SCADA data recorded by the wind turbine and data from the manufacturer’s power curve, as well as datasets collected by the lidars.

The benefits: Accurate, verified data to ensure maximum power output
In this PPT campaign, the ground-based and nacelle-mounted lidars allowed Ventus to successfully validate the power curve and confirm that the wind farm was performing as planned. It also confirmed the simplicity, accuracy, and bankability of using lidar for these and other related projects.

Conclusion:
As a result of these campaigns, Ventus has clearer processes and standards for using WindCube lidars in many phases of wind development and operations. It has proven the versatility and bankability of the lidars and can confidently deploy them on future projects in South America.