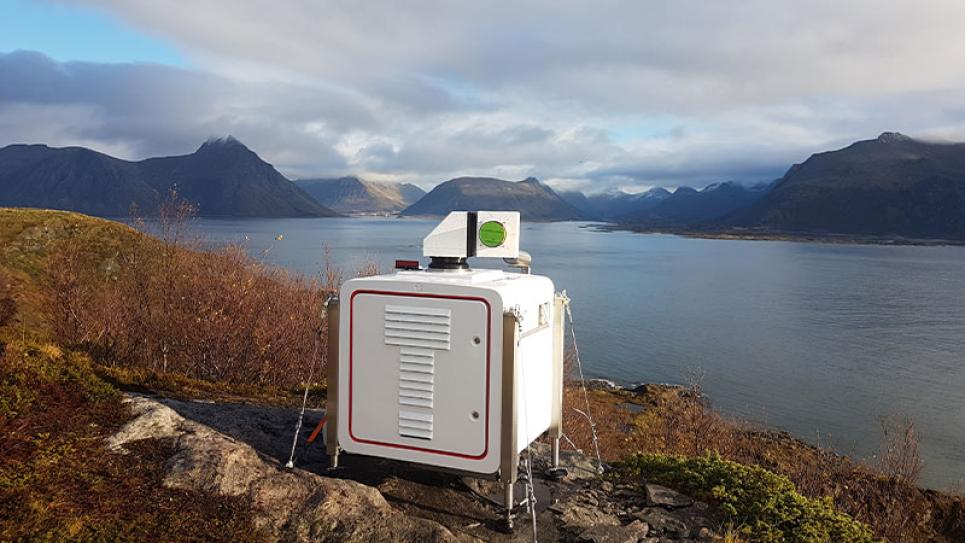 The challenge: Obtain accurate, high- altitude wind data to decide where to build a new airport

The Lofoten Islands in Norway are known for their beauty — and their daunting, mountainous geography that creates turbulence and difficult wind conditions for aircraft.

The region was in need of a new airport, and four possible sites were identified. But earlier work using meteorological models and met masts had been inconclusive. This was in part because met masts were unable to measure the higher altitudes (400m+) at which aircraft make their final approaches and experience substantial turbulence.

Project leaders needed a better way to see into the sky and make a clear, data-driven decision. Choosing the best airport site is not only about safety, they note: Weather-related airport shutdowns are disruptive and costly, so an optimized location means potentially dramatic cost savings and improved service in the long run.

Kjeller is an early adopter of wind lidar in the Nordics, with a decade of experience using Vaisala WindCube technologies. For this project, they used four Vaisala WindCube lidar units, one at each proposed airport location. In each case, the lidar was aimed into the aircraft approach path to model the wind characteristics pilots would routinely face.

Although Kjeller didn’t always need to use the full 3D scanning functionality of WindCube Scan (because it was most important to keep the lidar pointed in the aircraft approach direction), they benefited from the lidar’s long 10km+ range. Competing lidar technologies lacked WindCube Scan’s range.

After the campaign was completed, project leaders augmented the lidar data with meteorological modeling to produce a highly detailed weather/wind assessment for each airport site. The lidar data was the missing piece of the puzzle that compensated for the imprecision in most wind models.

Importantly, the quality of the lidar data made planners — and even politicians — immediately comfortable with the site choice: Leknes. As hoped, the campaign dramatically reduced uncertainty, accelerated the project where other wind assessment attempts had left it stalled, and made a data-driven decision possible for a crucial airport project.

"No one has managed to measure turbulence at high mountains in this way before. With the lidar, we achieved measurements that are much better than simulation models. The technology makes it possible to measure the wind from very long distances and high in the air."
Lars Tallhaug, Head of Department Kjeller Vindteknikk