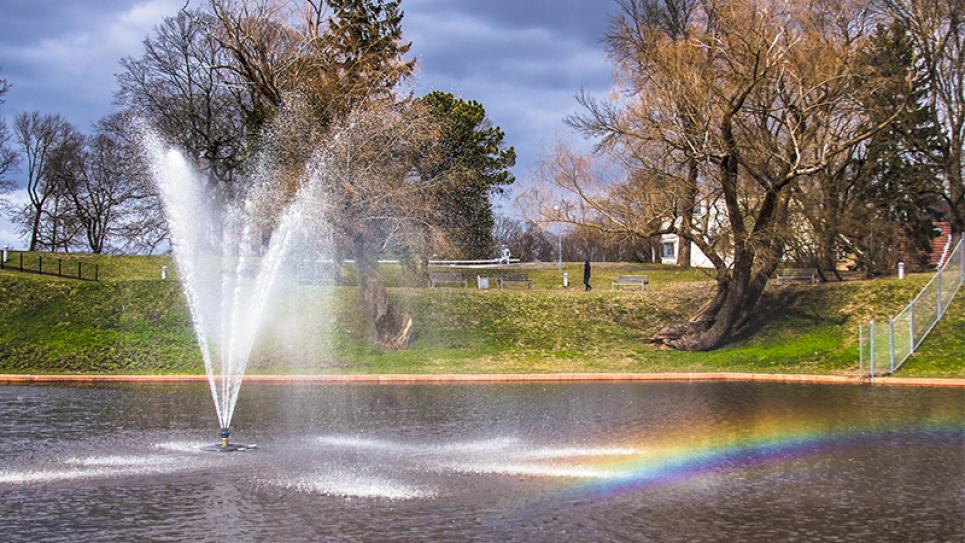 The Baltic Sea Action Group works to bring together all parties in society to protect the vulnerable marine ecosystem of the Baltic Sea. Vaisala has joined the effort, and has committed to delivering a hydrological forecasting system for the Pärnu river basin.The Baltic Sea is the world’s most polluted sea. The relatively shallow and largely enclosed pool of water in northern Europe has suffered from decades of abuse, and is now in dire need of concrete actions from the surrounding countries in order to protect and revive the fragile marine habitat. The Baltic Sea Action Group was established in Finland to protect the Baltic Sea. One of its main goals is to encourage private and public sector actors to make concrete commitments in their own field of expertise to help the sea survive. The work so far culminated in Helsinki in February as the Baltic Sea Action Summit gathered together companies, NGOs and governmental agencies that are committed to the cause. The attendees included the heads of state and ministers from eleven countries surrounding the Baltic Sea, including the President of Finland, Tarja Halonen, and the Russian Prime Minister Vladimir Putin. BSAG has started the follow-up work on the commitments made and is continuing to gather new ones.

Vaisala’s pledge to the Baltic Sea Action Group is to deliver a hydrological forecasting system for the Pärnu river basin. We will also donate a water quality probe at a chosen monitoring site, and establish a web service to provide access to real-time data and forecast information for the public. The project is being carried out in cooperation with the Estonian Meteorological and Hydrological Institute (EMHI) and the Tallinn Technical University (TTU). When finished, the system and the data it provides can be used to shed light on the correlation between the precipitation runoff volume and mechanisms and the water quality in the Pärnu river, which consequently influences the quality of water in the Gulf of Riga. In addition to research purposes, EMHI will use the system as a fully operational hydrological forecasting system. As such, it will complement the meteorological observation and forecasting networks already in place throughout Estonia and enable EMHI to implement efficient flood prediction and warning practices. “The new system is especially beneficial in providing us with more specific information on the water level and flow in the Pärnu river. Real time hydrological forecasting helps us predict possible flooding situations, and makes us better equipped to manage the whole water system in Estonia. The Pärnu river is also a very popular tourist and recreation area, and these activities also benefit from timely water level forecasts. We already have plans to extend the system to other areas as well,” says Juta Kuik, the head of EMHI’s hydrological department. 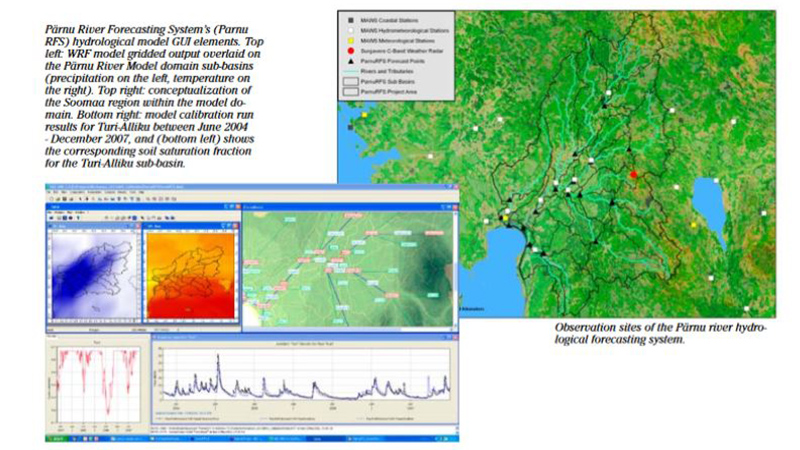 The degradation of marine habitats is especially distinct in semi-enclosed seas such as the Baltic Sea. In the Gulf of Riga degradation is caused in part by increased under-drainage of peat-covered wetlands, and intensification of agricultural practices.

Effective reduction of point source pollution largely depends on sustained ambient and water quality monitoring as well as the enforcement of derivative regulations. But, in order to develop sustainable agricultural practices and associated regulations, the complexity of the interplay between the hydrological cycle and biosciences needs to be understood. This is where combined hydrological modeling and monitoring programs can help. When the interplay between point source pollution and runoff mechanisms is better understood, pre-emptive measures can be executed by taking advantage of realtime data feeds from the hydrological monitoring stations and forecasting services. The feeds and forecasting can also be used to create decision support systems to help the authorities take appropriate action and to increase awareness and understanding of the public.

The development of the new forecasting system began as a pilot project late last year. When finished, the system will be fully automated and use real-time observation data to forecast river discharge and water levels at 24 points along five primary tributaries in the Pärnu river basin as well as at five points along the main river channel.

The Pärnu river basin was chosen as a location because the area already has an extensive network of meteorological and hydrological observation sites in operational use, including a weather radar in Surgavere. The possibility to include weather radar data in the modeling was especially important as it provides a larger view of the rainfall in the area whereas rain gauges only provide spot measurements. All of the automatic hydrometeorological observations and weather radar data used in the project are generated by Vaisala’s own equipment and software. The automatic weather stations typically include a rain gauge, temperature and relative humidity probes, and a water level gauge. The parameters of the water quality probe Vaisala has pledged to donate will be specified by TTU, but it could include measurements of water temperature, dissolved oxygen, ammonium, nitrate, chloride, specific conductance and standard pH, for example.

The hydrological forecasting system Vaisala is implementing is based on public domain and open source technology, allowing the possibility to duplicate it to other river basins draining into the Baltic Sea at very low costs. A prototype system is already up and running, and the public web interface will follow early next year.

The backbone of the system is made up of the Hydrologic Modeling System (HEC-HMS), which is designed to simulate precipitation-runoff processes on a sub-basin and/or grid cell scale of various sizes. The HEC-HMS is a product of the Hydrologic Engineering Center within the U.S. Army Corps of Engineers. The first version of the program was released in 1992, and the HEC-HMS is now widely used and accepted for many official purposes around the world. Transformation of precipitation to runoff will be handled by a continuous sub-basin scale soil moisture accounting algorithm, while flow routing will be simulated with a quasi-physical routing algorithm, the Muskingum-Cunge method. Both algorithms are found within the HEC-HMS. The delineation of sub-basins has been carried out by EMHI based on topographical contour line analysis and field observations.

Modeling Based on Observations and Weather Forecasts

The Pärnu river forecasting system will utilize general weather observations and information from weather forecast models. Forecast runs are scheduled every 6 hours at 0200, 0800, 1400 and 2000 hours UTC every day. Currently we are driving the forecasts with WRF and ECMWF weather forecast data. WRF-driven forecasts reach 24 hours, while ECMWF-driven forecasts reach 6 days. Vaisala will continue to further develop the forecasting system and associated data assimilation and modeling techniques to investigate the possibilities of creating comprehensive decision support systems of a similar nature. All observations and data generated by the system will remain available for research and development purposes.