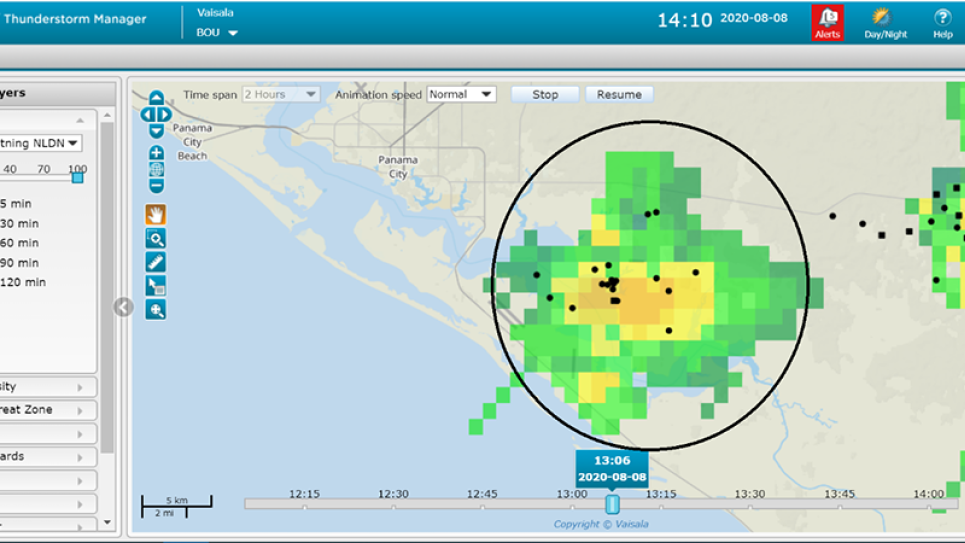 Note to readers: Thunderstorms are dangerous and creating your own would be a foolhardy effort. The method of thunderstorm manufacturing we are going to explore is even more dangerous and goes against the safety rule we’ve been learning since we were kids: Don’t play with fire! We are sharing this blog because of the really interesting science.

We fast-forward to August 8 at Tyndall. The United States Fish and Wildlife Services Fire Management Division and officials from Tyndall Air Force Base ignited a prescribed fire near the runways of the Air Force Base to consume the downed trees and other plants. Prescribed fires are human started fires that have several benefits to the environment, including removing dead vegetation that could burn in a wildfire, encouraging the growth of native vegetation, and help plant and animal species that rely on fire to improve their habitats. 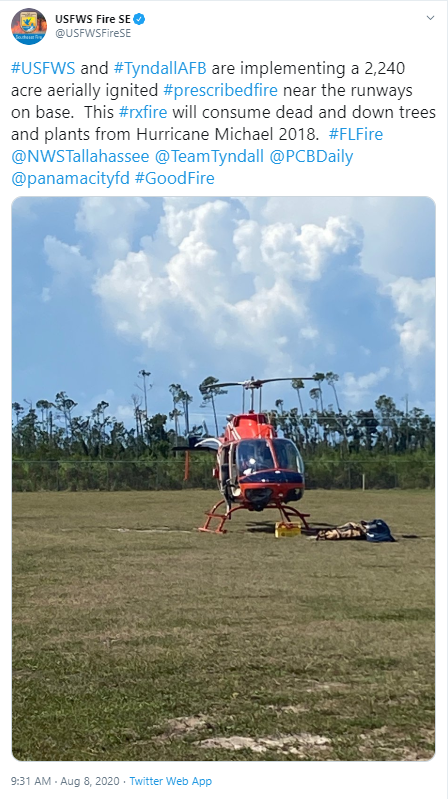 The crews ignited more than 2,200 acres of land near the runways of Tyndall Air Force Base and were on-hand to monitor the fire in case it got out of control. Florida is known for its lightning. Warm, humid air helps to create an unstable atmosphere, and when you add fire, any rising air rises faster. When this happens, the fire can create its own cloud over the smoke plume, known as a pyrocumulus. Pyrocumulus means “fire cumulus”. By 1 pm Eastern Time, it was apparent that a pyrocumulus had been generated.

As we have previously discussed about volcanic lightning, you don’t always need a traditional thunderstorm to create lightning, and this can happen with wildfires too. In a tall pyrocumulus, there is water, ash, smoke, and other airborne material (plant debris or other burned material) colliding and rubbing against each other. When this happens, electrical charge can be generated and separated in the cloud, potentially triggering lightning. Vaisala’s National Lightning Detection Network NLDN detected lightning within the cloud above the Tyndall Air Force Base prescribed burn in the afternoon. The image below shows what it looked like on the Vaisala Thunderstorm Manager display.

The area circled in black is the fire-generated thunderstorm, called a pyrocumulonimbus. Weather radar showed extent of the thunderstorm, when the radar beam reflected off the smoke, ash, and other airborne materials, while NLDN showed the location of the in-cloud and cloud-to-ground lightning events. Lightning in a fire can trigger additional fires and poses a safety risk to the fire management professionals. Because of this, fire management agencies frequently have lightning safety plans in place for when natural or fire-made thunderstorms occur.

It's not often that man-made thunderstorms develop, but thanks to some technologies that Vaisala has developed, we are able to examine these unique events and learn more about them!