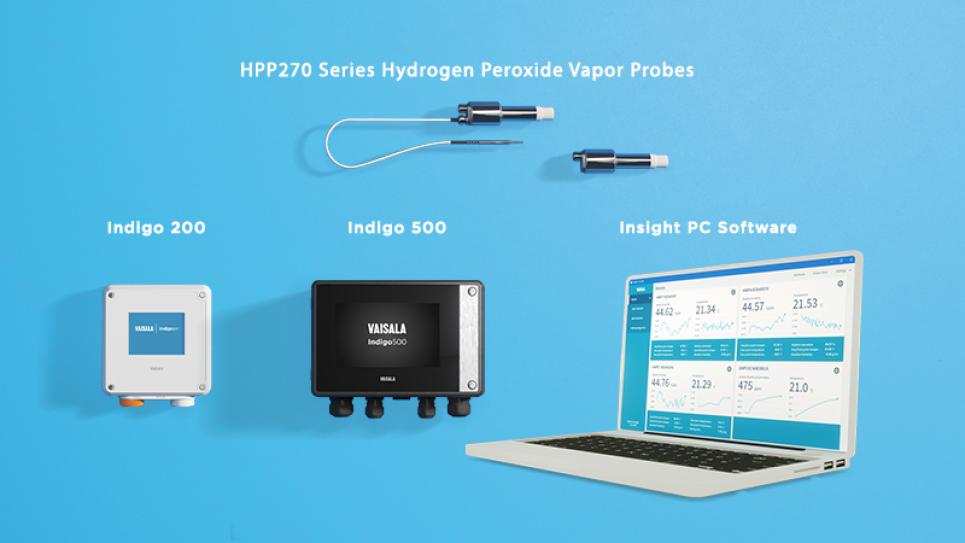 Isolators, Restricted Access Barrier Systems (RABS), and bio-decontamination chambers, including transfer hatches, are typically used in the most demanding industrial, pharmaceutical, and bio-pharmaceutical applications. Any microbes present in the equipment can potentially cause severe problems in terms of compromising both product quality and patient safety. This may in turn result in products needing to be disposed of, including invaluable medicines and vaccines, significant financial losses, and even damage to a company’s reputation. But what are isolators, RABS, and bio-decontamination chambers, and which applications are they used for?

Isolators
According to Eudralex EU GMP Volume 4 Annex 1 (a new draft version that is currently in commenting phase), isolators are defined as decontaminated units supplied with grade A (ISO 5) or higher air quality that provide uncompromised, continuous isolation of their interior from the external environment (e.g. surrounding cleanroom air and personnel). Isolators are further subdivided into two categories, closed or open isolator systems, depending on their sealing and tightness. Closed systems remain closed during the processes, while open systems have openings to the surrounding environment. These openings are equipped with different technologies (such as using continuous overpressure) to prevent external contaminants from entering the isolator.

RABS
RABS are not that well separated from surrounding areas. The upcoming version of Eudralex EU GMP Volume 4 Annex 1 defines RABS as systems that provide an enclosed, but not a closed, environment that meets defined cleanroom conditions using a rigid-wall enclosure and air overspill to separate the interior from the surrounding environment. In terms of their ability to ensure sterility and containment, RABS do not offer the same level of performance as isolators, but are still far better than traditional laminar airflow hoods or "open process" designs that are progressively being phased out. RABS can also be further divided into three categories: active, passive, and open RABS. Active RABS have a built-in HEPA-filtered air supply, the air supply for passive RABS comes from ceiling-mounted HEPA-filters, while open RABS have vents in the barrier that allow air to flow from the grade A to the grade B area.

The easiest way to understand the differences between isolators and RABS is by looking at how enclosed the different systems are. Isolators are far more tightly enclosed, meaning they can even be located in areas with a minimum of grade D (ISO 8) background, whereas for RABS the background environment should be a minimum of grade B (ISO 7 at rest, ISO 5 in operation). From a hydrogen peroxide bio-decontamination point of view, this means that isolators are always decontaminated independently of the surrounding area. Active, closed RABS can be independently decontaminated, whereas passive and open RABS are always bio-decontaminated as part of the decontamination process for the surrounding cleanroom.

Bio-decontamination chambers
Bio-decontamination chambers are devices that actively generate vaporized or fumigated H2O2 to bio-decontaminate materials, supplies, and tools while moving them from one purity grade area to another – e.g. from non-level regions or low-level clean areas into A/B areas. These zone-to-zone (also known as cart-to-cart) transfer devices are typically referred to as airlock, transfer hatch, material transfer, or pass-through systems; sterilization chambers used in sterilization processes in hospitals or as part of pharmaceutical manufacturing processes can also be considered part of this group. Sterilization equipment differs from other types of decontamination devices in that it typically uses a vacuum as part of the process.

Bio-decontamination equipment for different applications
Decontamination equipment is used in many different processes across a wide range of industries, from sterile injectable drug filling and cytotoxic sterile drug compounding in pharmaceutical manufacturing to electronics manufacturing lines and filling lines in the beverages industry. In the life sciences industry these devices are typically used in applications that involve material loads entering or exiting controlled areas, aseptic filling, cytotoxic preparations, lyophilization processes, packaging, sterility testing, or compounding of pharmaceutical products. In order to understand the nature and cleanliness requirements of these processes, we need to look more closely at some of these applications.

Aseptic processing
The Eudralex EU GMP Volume 4 Annex 1 (which is now in the commenting phase) defines aseptic processing as the handling of sterile products, containers, and/or devices in a controlled environment in which the air supply, materials, and personnel are regulated in order to prevent microbial contamination. In aseptic filling, which takes place at the end of aseptic processing, a sterile (aseptic) product (typically a pharmaceutical product) is packaged in a sterile container in such a way that the package maintains sterility. Aseptic processing typically includes sterile filtration through a sterilizing grade filter (with a nominal pore size of 0.22 µm or less). In general, any finished product classified as sterile should be terminally sterilized using moist heat, dry heat, radiation, or ethylene dioxide. Terminal sterilization processes provide a greater assurance of sterility than a validated and controlled sterilizing filtration process and/or aseptic processing. Unfortunately, many heat and/or radiation-sensitive biologicals such as protein or DNA-based drugs, mixed substances, biologics, and other similar materials cannot withstand terminal sterilization. In these cases aseptic processing is the only option. A validated bio-decontamination process using hydrogen peroxide can guarantee sterility assurance level values (SAL) starting from 10-3 typically used in food manufacturing processes up to 10-12, meaning a reduction in the amount of microorganisms. Because of this, decontamination processes that use H2O2 are a popular way to disinfect surfaces of enclosures, materials, and supplies both before and after aseptic processing.

Sterility testing
Sterility testing is normally performed by quality-control personnel on finished, sterile products. This testing acts as a final check before the product leaves the manufacturing facility that it does not contain any microorganisms that could potentially endanger the life of a patient. Sterility tests should be performed under aseptic conditions that are at least equivalent to the cleanroom standards required for the aseptic manufacture of pharmaceutical products (Eudralex EU GMP Volume 4 Annex 1 draft). Sterility testing is a labor-intensive process as it has to be performed on all product batches separately, as well as on the sterile raw materials used to manufacture them. From a cleanroom purity point of view it is also important that sterility tests are performed in separate enclosed areas. Different microorganisms are used as inoculates in sterility tests, so ensuring separation helps prevent other clean areas from contamination. This has led to the introduction of special sterility test isolators that use H2O2 bio-decontamination from several different equipment manufacturers.

Pharmaceutical compounding
Pharmaceutical compounding (typically carried out in compounding pharmacies or hospital pharmacies) refers to the process of preparing personalized medications for patients. Traditional compounding is the practice of modifying a drug for an individual patient whose needs cannot be properly met with a mass-produced product. Drug compounding is generally performed in order to personalize patient treatments. Drug manufacturers cannot afford to produce small batches of specialized drug combinations and preparations of compounds that are not marketable on a large scale. Compounding is often done for medical reasons, such as the removal of a chemical part of the drug that the patient is known to be allergic to. Aseptic compounding or mixing phases should be carried out in grade A areas. Isolators are widely used in Europe (and increasingly in the US) for pharmacy aseptic compounding applications, and H2O2 bio-decontamination is also used in these processes.