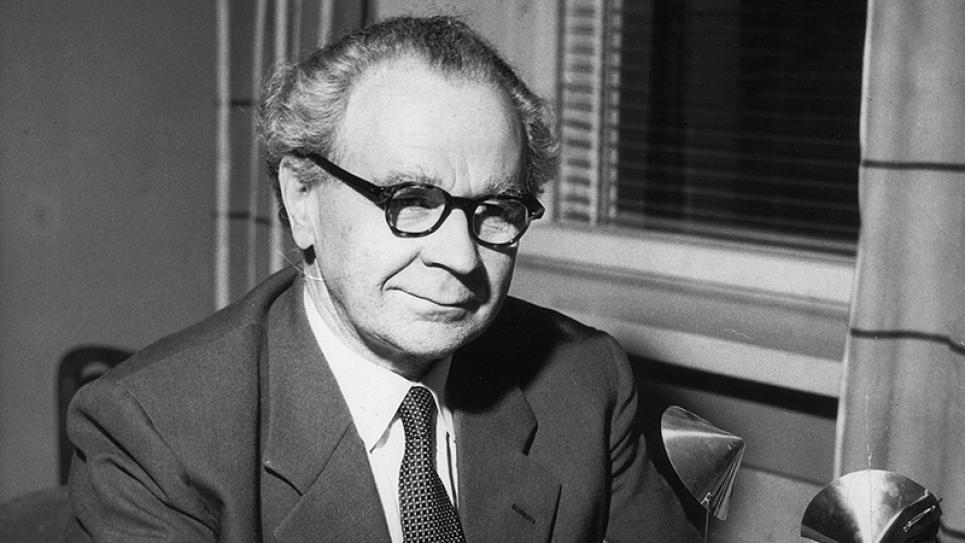 On September 28, 1889, Vilho Väisälä was born in the Northern Karelian village of Utra, currently part of the city of Joensuu. Now in 2019, exactly 130 years after the birth of the founder of Vaisala, the impact of his hard work and invaluable innovations can be seen all over the world. In his care, Vaisala grew to become one of the first truly global Finnish companies, with a key role in developing Finland into a high-tech country. In honor of his legacy, Vaisala is proud to donate 130 tickets to the Heureka Science Center to disadvantaged children.

The childhood home laid the foundation for a curious mind
Vilho’s interest in science was inspired at an early age. He was the youngest son of Johannes Weisell, a clerk at the Utra sawmill, and Emma Jääskelä, descended from the educated Cannelin family. He was lucky to be born into a home, where education was valued and the children’s school prioritized. In upper school levels, the intelligent Vilho was the second best in his class, and in 1908, he matriculated from the Joensuu Classical Lyceum. He was drawn to mathematics and continued to the University of Helsinki to major in the field as well as to study physics and astronomy.

Vilho started his career in meteorology almost by accident in the Meteorological Institute, needing a workplace to get married. Later he became Head of the Pasila Observatory that he developed into a significant research and observation center.

High-technology is all about persistence
The idea for his groundbreaking invention – not to mention the start of Vaisala – struck in 1931, when Vilho found a fallen Russian radiosonde. He admired its idea to use radio technology to retrieve observation results but, an innovator at heart, decided to build a better one himself. He worked long hours in his workplace and in the basement of his residential building in Mannerheimintie. Not flailing even in the face of failures and opposition, he finally succeeded in building the famous radiosonde RS11 and started sales in 1936. First pieces were shipped to Massachusetts Institute of Technology.

“When I developed the radiosonde, it wasn’t just an individual invention but a whole series of inventions. It was necessary to overcome an almost countless number of small and large difficulties, and an enormous amount of time was spent on conducting scientific measurements, experiments, and calculations,” Vilho described the process himself.

As demand grew, production was moved first to Pasila and then to Vantaa (Vanha Nurmijärventie), where it stands today. At the same time, the company changed name from Mittari to Vaisala, leaving the ä dots from the Väisälä name for international flare. The seed for Vaisala as we know it was sown.

Vilho stayed as president of the company until the end of his life in 1969, all the while enthusiastic to be a part of development work. Vaisala has often been a Finnish technological pioneer, not afraid to explore opportunities, much like Vilho himself. His infinite curiosity and knack for problem-solving paved the way for the future of Vaisala’s measurement business and corporate culture.

Education opens the door for innovation
Even when owning his own company, Vilho held his public posts as departmental head of the Finnish Meteorological Institute until 1948 and then as professor of meteorology at the University of Helsinki during 1948–1956. “I’m more of a scientist than a businessman,” he used to describe himself. Even after retiring, Vilho was still known as the Professor (or Prof) at the factory for the rest of this life – a nickname that has lived on to this day.

Right from the start Vilho’s life was marked by curiosity – a legacy that is still visible in Vaisala. Vilho appreciated education, and to promote the study of natural sciences and mathematics, he donated a fifth of Vaisala shares to the Finnish Academy of Science and Letters in 1963. Following in his footsteps, we are proud to honor his 130th birthday by donating 130 tickets to Heureka to underprivileged children.