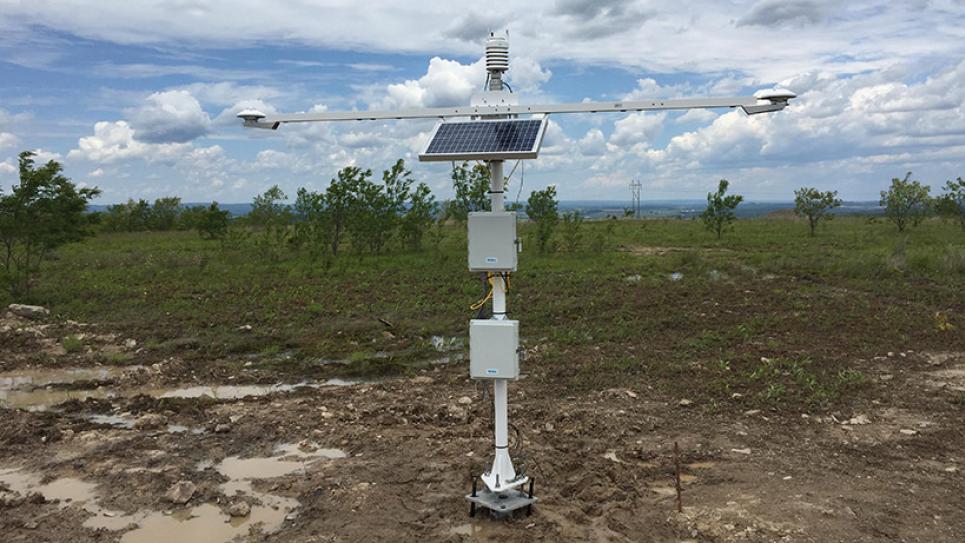 The solar eclipse on August 21st darkened skies and mesmerized onlookers across the nation. Prior to the event there was much speculation about how it would affect us, from severe traffic congestion for those hoping to experience a total eclipse along its narrow path to potential energy black outs. Grid stability was a major concern, particularly for operating systems like CAISO with a large penetration of solar energy.

In the end, grid operations carried on as normal. This was definitely a credit to years of careful planning by utilities and grid operators, but the eclipse was probably much more predictable and simpler to mitigate than the scenarios these groups have to manage on a daily basis with the ebb and flow of clouds passing, storms, snow, and other environmental impacts to the energy system.

While the grid as a whole made it through the event unscathed, let us look at its impact on a single site under development by EverPower in Somerset county, PA, which experienced an approximately 81% eclipse and is monitored by Vaisala's AWS/SP-12 Solar Weather Station. 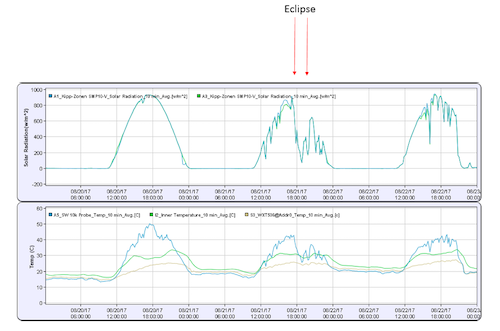 Over the course of the eclipse we can clearly see the irradiance levels dropped by 700 watts per square meter and then rapidly recovered. What is more interesting is the corresponding large swing in temperatures from 41 degrees C to 26 degrees C. Planning for these kinds of thermal stresses on a plant should be considered as a rare, but forecastable event.

Using a solar station to record the impact of both rare events like eclipses and frequent, microscale affects at a site is a critical part of solar project development and operations. Environmental factors like snow, aerosols, seasonal change, and rainfall all have a direct and significant influence on solar performance. Understanding how they affect power generation both before a plant is built and once it is online helps ensure stable revenue flows and smooth decision-making.