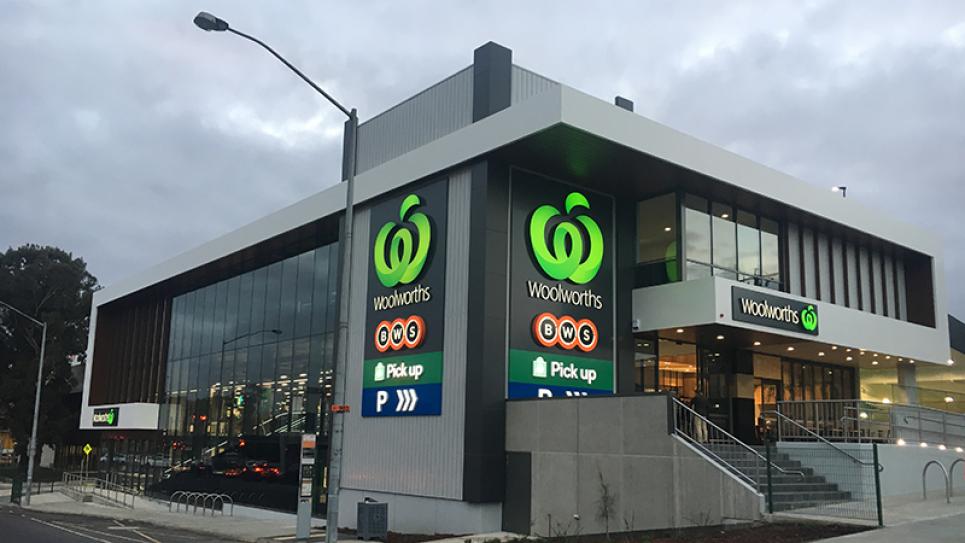 Supermarkets all over Australia and New Zealand are benefiting from advanced carbon dioxide monitors as new natural refrigeration systems are installed in the fight against climate change.

The Woolworths Group employs over 205,000 staff and serves 900 million customers each year. As a large and diverse organization, Woolworths knows that its approach to sustainability has an impact on national economies, communities and environments, and this is reflected in the Group’s Corporate Responsibility Strategy 2020.

The strategy is built around twenty key targets which cover Woolworths’ engagement with customers, communities, supply chain and team members, as well as its responsibility to minimize the environmental impact of its operations. One of the twenty commitments within the strategy is to innovate with natural refrigerants and reduce refrigerant leakage in its stores by 15 percent (of carbon dioxide equivalent) below 2015 levels.

Carbon dioxide (CO2) is commonly regarded as the ideal natural refrigerant. It is a non-toxic, non-flammable, odorless, colorless gas, however, high concentrations can cause unconsciousness and even death, so accurate, reliable monitoring is necessary for safety reasons and for the rapid detection of potential leaks. Woolworths, and its cold chain partner Emerson, therefore needed an accurate, reliable CO2 monitor that could fulfill this vital role as the Group expands the use of natural refrigerants in its stores.

Over the last 8 years, Vaisala carbon dioxide probes have been employed widely across Woolworths Group stores, delivering a range of benefits and helping the group to achieve its strategic goals.

Synthetic refrigerant gases have been utilized in a wide variety of industries for many decades. However, Chlorofluorocarbons (CFCs) caused damage to the ozone layer and were phased out following the Montreal Protocol in 1987. Production of Hydrochlorofluorocarbons (HCFCs) then increased globally, because they are less harmful to stratospheric ozone. However, HCFCs are very powerful greenhouse gases so Hydrofluorocarbons (HFCs) became more popular. Nevertheless, most HCFCs and HFCs have a global warming potential (GWP) that is thousands of times higher than that of carbon dioxide, so many countries have been lowering the use of HFCs, and the Kigali Amendment (2018) to the Montreal Protocol, will bring about a global phasedown of HFCs. Consequently, there is a strong push for the adoption of natural refrigerants such as carbon dioxide.

In Australia and New Zealand, Woolworths Group is leading the way in the move to refrigerants that have a dramatically lower GWP. Luke Breeuwer, Senior Commissioner at Woolworths, says: “I believe that ultimately all supermarket refrigeration, in store and back of house, will move to transcritical CO2, unless a better method emerges.

“CO2 refrigeration technology has improved markedly in recent years, which is enabling us to roll it out in most regions, except for parts of Queensland where humidity levels currently dictate the deployment of hybrid CO2 systems.”

The move to transcritical CO2 refrigeration systems involves a significant capital outlay, which may limit the speed of implementation at other supermarkets. At Woolworths Luke says: “There is pressure from our finance department to push ahead with the new systems; not just to deliver environmental benefits, but also to ensure that at some point in the future, we are not left with refrigeration assets that cannot be maintained. The capital costs of the initiative are being offset by also utilizing this technology for in-store heating.”

To protect the health and safety of customers, staff and contractors, around six CO2 sensors would be necessary in a traditional store. However, those with transcritical CO2 refrigeration would typically require twenty four sensors or more.

Many of the Woolworths stores’ refrigeration and HVAC control systems are supplied by Emerson. Looking back, Shannon Lovett, Senior Business Manager Cold Chain ANZ for Emerson, says: “Around 8 years ago we evaluated a locally sourced CO2 sensor, but it suffered from quality issues and failures, so we equipped one store with the Vaisala sensors as a ‘proof of concept’.

“Happily, the Vaisala probes performed extremely well, and have been rolled out in the Woolworths Group stores in Australia and New Zealand. We have also utilized Vaisala humidity and temperature sensors in a variety of similar applications. In comparison with some other CO2 sensors, the Vaisala monitors were more expensive, but they were very popular with our contractors and we found that Vaisala’s product reliability lowered the cost of ownership.”
Luke Breeuwer agrees with Shannon on the longer term benefits of investing in higher quality instruments, adding: “The MODBUS communications capability of the Vaisala Indigo200 Transmitter with the GMP252 probe is also a major advantage for us; it means that the amount of wiring required is substantially reduced, which lowers both complexity and costs.”

Commenting on the reliability of the Vaisala probes, Luke says: “We have large numbers of these sensors in operation but there have been no breakdowns or urgent call-outs, so the ongoing costs have been negligible. We are required to check sensor calibration every two years, but they are so stable that this check always shows the sensors to be within specification, which is great.”

Luke does recall one occasion when the accuracy of a Vaisala CO2 sensor was called into question. An installed probe was providing readings that were abnormally low, so a site visit was necessary. However, such was their faith in the sensors that an alternative explanation was sought, and after a period of speculation a Google search solved the mystery by revealing the propensity of (nearby) curing concrete to absorb CO2 through a process known as carbonation.

The Vaisala CARBOCAP® Carbon Dioxide Probe GMP252 is an intelligent carbon dioxide sensor designed for harsh and humid environments where stable and accurate CO2 measurements are required. Importantly, the probe features second generation CARBOCAP® technology. In addition to measuring CO2, an electrically tunable micromechanical filter enables a reference measurement at a wavelength where no absorption occurs. The reference measurement compensates for any potential changes in the light source intensity, as well as for contamination in the optical path, which means that the sensor is extremely stable over time. The probe also automatically compensates for temperature, pressure, oxygen and humidity, and with an operating temperature range from -40 to +60 °C, the sensor is able to measure CO2 accurately from 0 to 10,000 ppm, and up to 30,000 ppm with reduced accuracy.

Benefits of the Vaisala technology

From Woolworths’ perspective Luke says: “The main advantages are reliability, low maintenance and MODBUS communications. However, flexibility is important because we also utilize the Vaisala probes in-store to ensure that CO2 levels do not rise excessively. We achieve this by using monitoring data to automatically control and optimize fresh air intake.”

Emerson integrates the probes within its building management systems and Shannon highlights the facility to utilize a dual relay output for local alarms as a particularly useful feature. “Reliability is of course the main advantage for us,” he adds. “But the negligible maintenance requirement, the two year calibration check and MODBUS comms provide us with competitive advantages.”

By identifying the role of natural refrigerants in its Corporate Responsibility Strategy, Woolworths has made a very clear statement of intent. Two years ago, there were no transcritical CO2 stores in the group, but seven stores have now been converted and up to a dozen largely metropolitan stores will be converted in the coming year.

Summarizing Luke says: “By utilizing CO2 in our refrigeration systems we are helping to lower greenhouse gas emissions whilst also lowering operational costs. However, reliable CO2 monitoring plays a vitally important role; protecting staff and the public, while helping to identify and reduce leakage – a win win situation!”

Read the story in .pdf-format. For more information, contact us.

All photos: Courtesy of Woolworths, Australia. 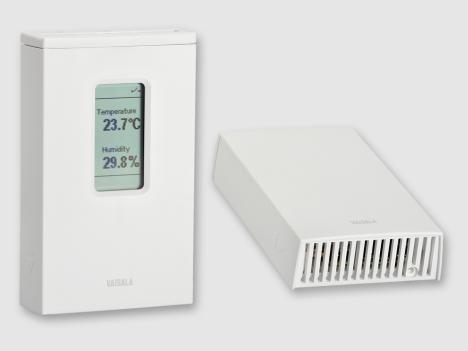 ±1.7%RH wall transmitters with a certificate for demanding HVAC
Typical applications are include museums and archives, production and warehouse...
Read more