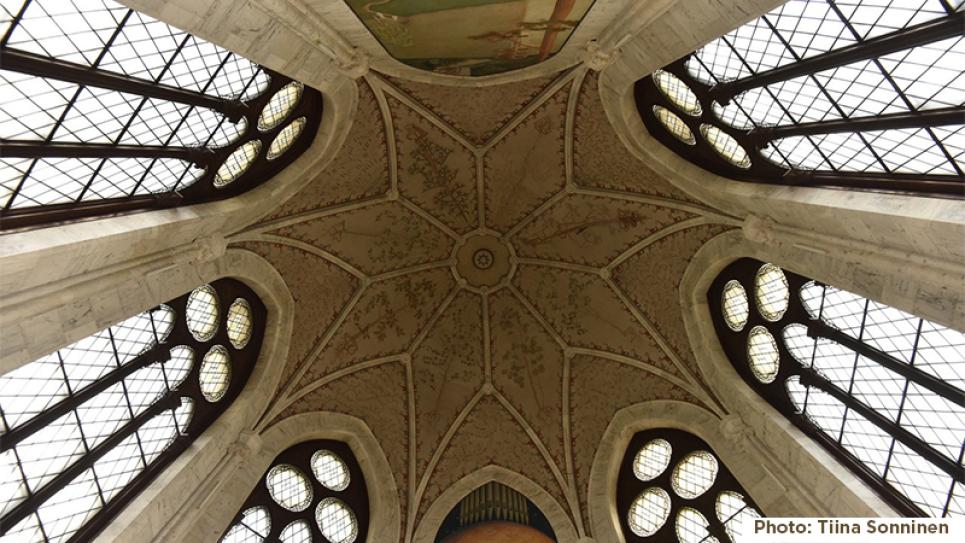 The mausoleum of Sigrid Jusélius is a significant cultural site in Pori, Finland. The mausoleum, built in 1901-03, is a masterpiece of the arts and crafts of its era. The combination of sandstone walls and interiors richly decorated with frescos has made it challenging to preserve. In the very first years after the building was finished, the original frescos were destroyed due to excess moisture, and were  repainted later. The Sigrid Jusélius Foundation, who owns and looks after the building, has recently invested in the most modern Vaisala technology to continuously and accurately monitor humidity and temperature to keep this exceptional building in good condition.

The mausoleum was built in the loving memory of Sigrid Jusélius as her last resting place. Sigrid died of tuberculosis at the age of 11 in 1898. The mausoleum was commissioned by her father, Fritz Arthur Jusélius, a prosperous local industrialist. He hired a well-known architect Josef Stenbäck to design the building, a delicate lantern-shaped memorial, a gem of the neo-Gothic style.

The mausoleum’s interior is decorated by symbolistic frescos, originally painted by Akseli Gallen-Kallela, the most famous artist in the Finnish national romantic movement. The frescos represent naturalistic folklore and symbolism. The themes of the paintings come from the Kalevala tradition and the Bible, but also show references to theosophy and occultism. Together with the mausoleum, the frescos form a unique entity in Finnish art history.

The mausoleum is built of yellow sandstone from the nearby seashore. Unfortunately, an unheated and unventilated building made of this porous material – combined with rough Finnish climate – turned out to be a fatal location for the frescos. Their destruction started as early as in 1904. Moisture penetrated the sandstone walls dissolving potassium nitrate in the mortar. As sandstone includes absorbed sea salts, the water-soluble salts passed through the frescos and crystallized on the surface.

Repairs were started, including building of ventilation ducts. However, this was too late for the frescos. More misfortune was to come. In 1931, a fire severely damaged the mausoleum. Jusélius had died in 1930, and the Sigrid Jusélius Foundation had started to look after the mausoleum. The Foundation decided to fully restore the building. The frescos were re-painted by Jorma Gallen-Kallela, the son of Akseli Gallen-Kallela, based on his father’s sketches and studies.

The frescos have now survived for more than 80 years since repainting. The mausoleum is a major sight in the Pori area. It is a listed building and carefully taken care of by the Sigrid Jusélius Foundation. In 1985–2005, the mausoleum’s conditions were monitored by Ars Longa, and since 2006 by Konservointi T. Sonninen.

Preserving the sandstone structure and the frescos requires stable temperature and humidity. In addition to moisture absorbing through the porous sandstone walls, excessive humidity can also be caused by too many people visiting. Low temperatures can exacerbate damage because it causes condensation on the frescos.

“In recent years, an additional challenge has been increasing humidity and rainfall in the area. In connection with a heavy rain in August 2019, water flooded inside. To prevent this from happening, the seams of the facade sandstones were renovated in 2020 to keep the structures and frescos safe,” explains site conservator Tiina Sonninen.

In addition to repairs, the Sigrid Jusélius Foundation has invested in the most modern technology to ensure that the future generations can admire this remarkable building. In 2020, the condition monitoring was changed from traditional thermohygrometers to Vaisala’s viewLinc continuous condition monitoring system.

The change is a significant step forward. Tiina Sonninen explains: “The thermohygrometers measured temperature and humidity, creating a printed record for the local parish personnel to review. However, the ink or paper could run out. Vaisala’s viewLinc system keeps track of the conditions around the year and around the clock. Thanks to the system, myself and the key people in the Foundation and the maintenance team can get accurate information about conditions in the mausoleum remotely – anywhere, anytime.”

The viewLinc software is installed on a server PC to monitor data from the loggers that are placed in the mausoleum. After logging in, users can access the accumulated condition data with a regular browser on their PC or phone.

“The monitoring system is very easy to use. The system sends us an alert if there are changes in circumstances that exceed the reference values we have set. This allows us to make immediate changes to the heating and air conditioning settings if we notice humidity increasing too much,” says Sonninen.

The measurements are stored in viewLinc’s secure database and can be revisited later as needed. Sonninen explains that it is possible, for instance, to study how the combination of visitor numbers and weather conditions affects the conditions in the mausoleum.

“On very rainy and snowy days, people bring in plenty of moisture. The data recorded from such days can be used to examine whether this raises the humidity inside the mausoleum too much, and whether it would be good to limit the number of visitors on very wet days,” she says.

The viewLinc software allows several levels of permission with user roles that limit what users can do. For example, a role can allow setting and changing the threshold values, or only following-up on the alerts.

The viewLinc wireless monitoring system is particularly suited for a variety of cultural sites such as museums, churches, and other historic buildings because its installation does not require modifications such as drilling holes for the wires. With the delicate sandstone and marble walls of the Jusélius Mausoleum this was a great advantage.

There are two Vaisala RFL100 data loggers in the mausoleum, one on both floors. They continuously collect information about the temperature and humidity and transmit it to the VaiNet AP10 access point. These discreet devices were hung on hooks already placed on the walls.

From the access point, the data is transferred to a computer that is in the storage room of the nearby chapel. The computer then transfers the data to the cloud service. The system is flexible and future-proof as it can be extended by adding loggers.

Vaisala viewLinc Monitoring System at the Jusélius Mausoleum consists of
1. viewLinc software
The software compiles data from sensors placed in the monitored environment. System users can set thresholds for temperature and humidity and receive excursion alerts by email, SMS, or phone. Automated reports can be set up and scheduled for email delivery to appropriate personnel. The viewLinc monitoring system is ideal in applications ranging from industrial environments to historic sites and museums. The system integrates a wide selection of data loggers, transmitters, and Modbus devices to monitor temperature, relative humidity, dew point temperature, CO2, differential pressure, door contacts, and more. 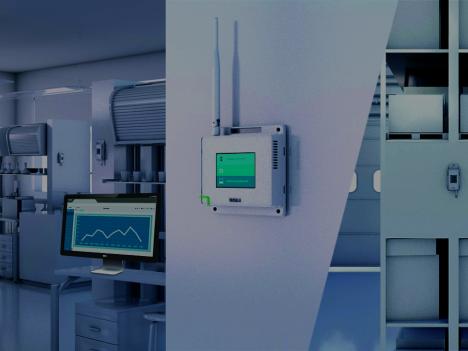 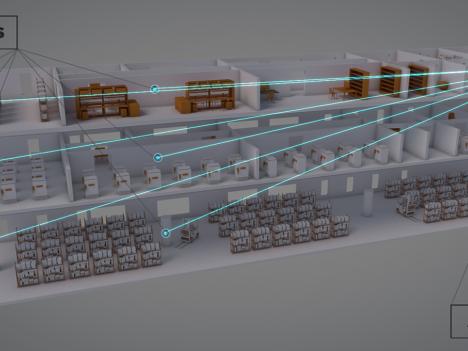 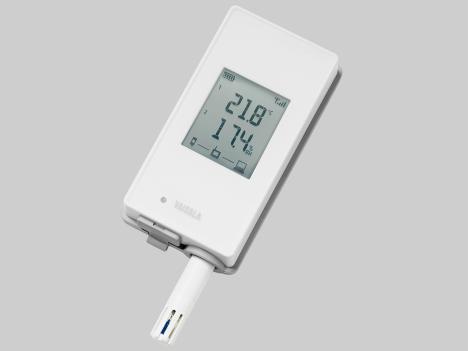 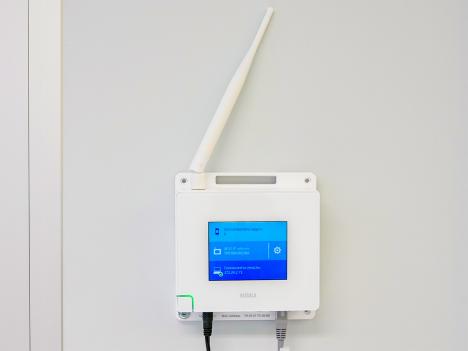