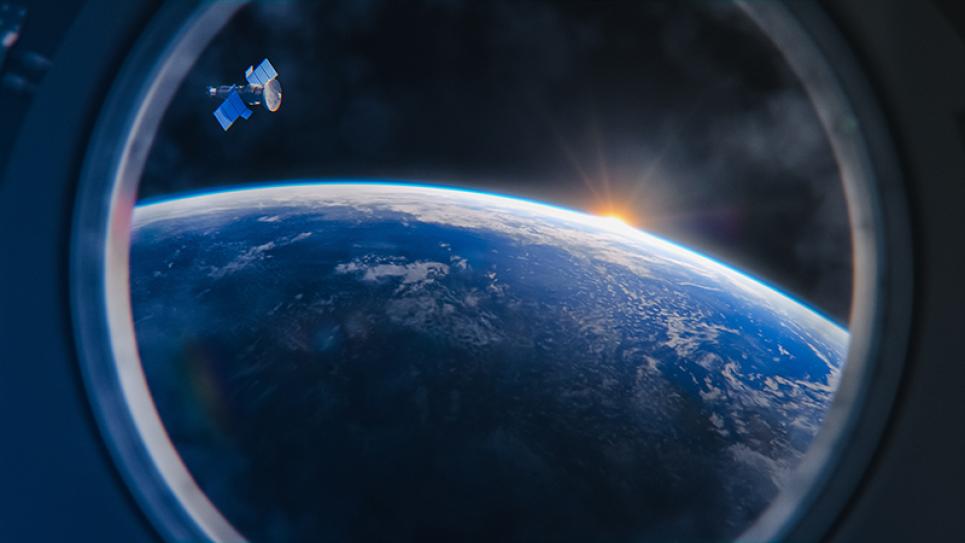 The Perseverance rover carrying Vaisala’s humidity and pressure sensor technology is exploring Mars as we speak. Last week we published our interview with Columbia professor and former NASA astronaut Mike Massimino about what we can learn from Mars, and space research.

But what does it mean to take technology and equipment to Mars? As someone who has visited space twice, Mike shared his insights on the conditions and challenges it poses for the technology, and for the people.

The actual journey to space starts with the launch. The Perseverance rover was launched in July 2020. What are some of the important factors connected to space launches?
There is a is a lot for the personnel to think about. They have to make sure that the launch vehicle, the rocket itself, is working and performing the way they hope. They must prepare the launch pad, the rocket, and the payload. And they go over the check list repeatedly to make sure everything is working, all the backup systems are working, and all the primary systems are working.

They also need to look at things like weather and any other conditions that might affect the launch. Something could come up at the last minute. It could be a drop of temperature, winds, or something else with the weather that is really beyond our control.

So weather is a big factor, but also other things too, like the integrity of the vehicle. Because once you launch and the thing starts to move, you’re committed. If there’re any questions, if there’s any concern, they’re not going to launch. It’s better to stay on the ground and wait for another day.

The launch is indeed intricate work, and last summer we also wrote about weather impacting space launches. But what does that all require of the equipment onboard, such as Vaisala’s technology?
The launch and landing are probably the most challenging parts of the journey, because there’s a lot of violence, a lot of shaking, and G-force. Whatever you put inside that spaceship, it must be able survive all that vibration, all that acceleration, all that G-force just to get to space.

When in space, it’s going to be there in zero gravity. Gravity keeps things stable, but in zero gravity things fly around. The lack of gravity, the distances, communication delay, radiation, extreme temperatures, vibration in the launch and landing – all these things make operations in space much more difficult than anything you can imagine on earth, I’m convinced of it.

Then there is the journey to Mars where the spacecraft and all the equipment needs to survive conditions unlike Earth. Can you describe the conditions in space – are they so demanding as we assume?
Space is a very challenging place to exist, to live, and to work in. And to just fly any type of spacecraft. I can’t think of any environment that makes it more challenging to solve any engineering problem than space.

There’s also a huge amount of radiation out there. On Earth, our atmosphere, radiation belt, and magnetic field protect us and absorb a lot of that radiation. But in space you’re unprotected.

Let’s talk a bit more about the distances. How long does it take to get to Mars, and how does it compare?
Mars is a lot further away than any place we’ve sent people. The International Space Station is 250 miles above the Earth and the Moon 250 000 miles away. Mars is a lot further. Getting to the Moon takes about a day and a half, getting to Mars six months.

Another way to look at the distance is in communication. Talking to the International Space Station is pretty quick, just maybe a second and so. When you’re on the Moon, the delay is a couple of seconds. On Mars, it takes about 20 to 30 minutes for the signal to get to the spacecraft and back. So the distances are not just physical distances that it takes time to cross but also to communicate.

Does the distance pose challenges on the technology?
The main thing is that when you send something to Mars, you can’t get to it and there’s nobody to help. On the International Space Station, or even the Moon, people can take care of things if they break, if something needs to be done, or if we forgot about something.

But on Mars, the spacecraft has to work, everything has to work. And if it doesn’t work on its own, there’s no repair man or woman that can go there and take care of it. You have to learn everything you can before you send something to Mars, and it all has to work or else all that work, all those years and efforts, they can all go to waste.

So the technology and equipment needs to be accurate, reliable, and able to withstand the harsh environment?
Above all else, the technology has to be reliable. You don’t want to put something into space, if you have any questions whether it’s going work. We’ve had situations like that on Hubble Space Telescope: We had a scientific instrument which failed because it had an electrical short that failed the power supply. So when the power supply was gone, it didn’t matter that we had this wonderful instrument in space. It didn’t work because you couldn’t turn it on!

Every sensor needs to work, every one of the systems, whether it’s cooling, power, communication, or navigation. All that must work precisely.

Even the smallest details are important, no matter what they are, because if just one thing goes wrong, you could be totally out of luck. And if one of those things does not work the way it’s supposed, you could lose the whole mission.

Taking technology to space requires a lot of resources and efforts. Why do we do it?
The reason we do these things, whether it’s the shuttle missions or the Mars rover, is science. To learn more about Earth, who we are, and how we can make life better on Earth.

When we don’t know something, we cannot make things up. We need to study it. There’s nothing like finding out the answers to science questions that allow us to understand our world, and take better care of our planet, and take better care of each other. So that we can continue to thrive as humans on this beautiful planet we have. I think that’s why we go, just to get that information. And it is very exciting.

Michael J. “Mike” Massimino was a NASA astronaut for a little over 18 years and currently acts as Professor in Columbia University. He visited space twice, last time 11 years ago, and was the first person to tweet from space. As an astronaut, Mike was a spacewalker at the Hubble Space Telescope, working with faults to repair and upgrade the telescope.

Published with the permission of Michael Massimino.