Urea, NH2CONH2, is largely used as a fertilizer and as a non-protein feed supplement for ruminants. It is also used in the manufacture of urea-formaldehyde resins, plastics, adhesives, coatings, textile agents and ion-exchange resins.

Commercially urea is most commonly produced by reacting carbon dioxide with ammonia at 200ºC (392ºF). After reacting, urea is evaporated and processed by prilling or granulating to produce a solid end product.

Vaisala K-PATENTS® process refractometer is used for quality control. It monitors the concentration of produced urea after the reactor.

The in-line refractometer is also used to measure the concentration of dissolved urea in water in the manufacture of medicinal insulin. It is used to control and adjust the quality of the urea-to-water concentration.

Learn the details of the urea production process from the application note. 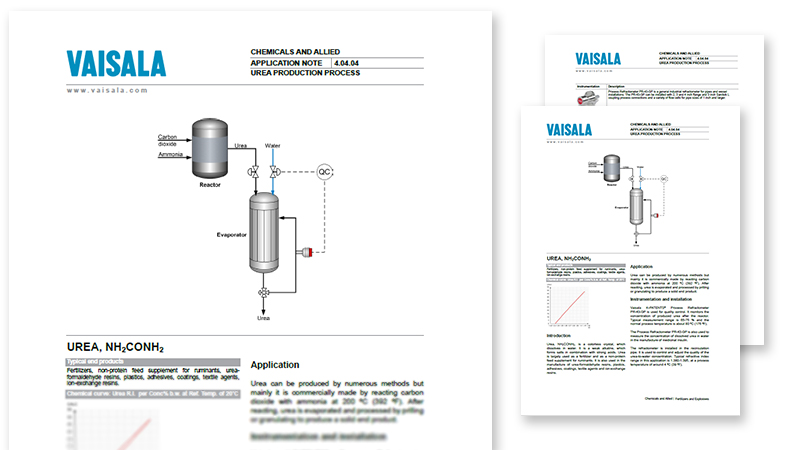