Powercor Australia is Victoria’s largest electricity distributor. Powercor has been running a program of on-line moisture monitoring on transformers using both permanently installed and portable moisture in oil probes, including the Vaisala HUMICAP® Moisture Meter MM70. Poor oil quality can lead to low dielectric strength and even failure. Oil treatment or replacement can address most oil quality issues but in the case of moisture which is held in the paper insulation of the windings and windings support structures, the moisture quickly recovers. Moisture monitoring provides a way of tracking this recovery, and on-line drying provides a way of managing the moisture in oil so that the oil dielectric margin is maintained.

The probes also have an optional inbuilt algorithm which provides an output in ppm. New oil formula is the factory default, and others can be programmed if known. In general, ppm values from the probes are lower than those from Karl Fischer (KF) tests to determine the water content of oil samples. This is possibly due to bound water in articles being captured by the Karl Fisher test. The Karl Fisher moisture relative saturation results are defined as “Rs” in the following. All transformers referred to here are 66/22kv core form.

Twelve Powercor transformers have been fitted with permanent probes. Each provides two analogue outputs to the Supervisory Control And Data Acquisition (SCADA) system, ppm and temperature. The transformers selected for monitoring were those with known oil quality issues, in general fairly old and in some cases heavily loaded. Most have been subject to oil regeneration or replacement in recent times. The preferred location for the probe where transformers have detached radiator banks is the lower drain valve of the return oil line from the radiator to the main tank. This puts the probe in the oil flow from the thermosiphon of the transformer. Where radiator banks are not detached, the chosen location was one of the lower radiator drain valves for similar reasons. The probes have a sliding type seal, which means they can be very simply installed through the drain valve with no outages required.

Figure 1: moisture variation, 10 MVA ONAN transformer. Figure 1 of the 10 MVA ONAN transformer demonstrates the effect of a load increase and a hot day. Note how moisture peaked at 60 ppm and did not recover for several days. The last KF moisture level from oil sampling was 30 ppm. A sustained high load during hot weather on this unit could lead to excessive moisture and a consequently low dielectric margin. On-line monitoring has shown that this unit is a good candidate for dehydration. 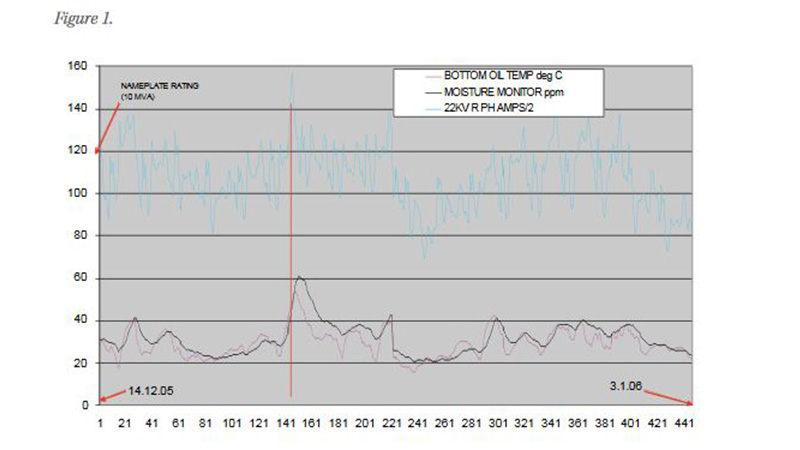 Figure 2: moisture comparison example (SCADA) - Scale is in ppm. Permanent SCADA connection enables comparisons to be made between sister units sharing the same load and conditions. The transformer showing the least moisture levels was subject to an oven dry out some five years before.

Figure 3: moisture recovery following new oil retrofill. Scale is in ppm/deg C. In figure 3, a 20 MVA ONAF transformer, oil volume 17000 liters, oil change was completed on October 28th, 2005 and the contractor sampled the oil at 11 ppm (KF). Within a few days the probe data
revealed that moisture levels had recovered and ranged from 16 to 37 ppm.

Portable probes have also become available, and Powercor has obtained three of these from Vaisala. So far, they have been used on 20 transformers. These probes have a battery power supply and enough memory to store data at hourly reading intervals for about 30 days, which is about the life of the battery. Once again, the locations chosen are generally radiator drain valves to ensure a flow of oil past the probe. These portable probes allow flexibility in that a large number of sites can be monitored. A probe can be installed and programmed to log data in a few minutes. A return visit to the site is required to download the data, clear the memory for the next logging cycle and recharge the battery if required.

Figure 4: low moisture -66KV regulator. In figure 4, an oil sample showed unexpectedly high moisture and low dielectric, KF of 43 ppm @ 22 C (Rs =0.7) Dielectric = 36 kV. Th is was unexpected since the unit had been oven dried out in the recent past. A portable probe was quickly installed and the data showed low moisture levels. A second oil sample confirmed this - KF of 9 ppm @ 15C (Rs =0.2) Dielectric = 82 kV. The initial oil sample was probably contaminated. 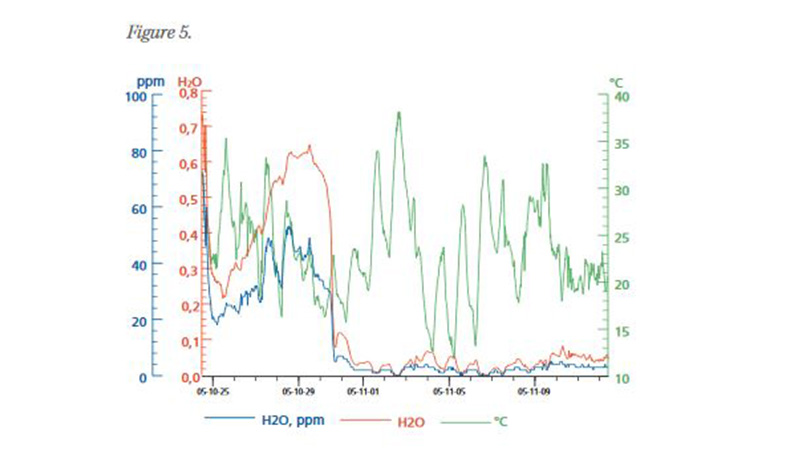 Figure 5 is from a 10/18 MVA ONAF transformer. The reduction in moisture coincided with the commissioning of a new transform er at th e station, which reduced the load significantly on this unit. In summary, the portable probes are providing a very convenient and cost-effective means to monitor any transformer which has valves in the appropriate locations.

Transformers without such fittings could also be fitted with probes in the main tank drain or sampling valves. However, without a flow of oil over the probe, the results may be inaccurate or unrepresentative of the general oil mass. Dry outs with molecular sieve units Powercor has two molecular sieve on-line dryers. These units are trolley-mounted and remove moisture by simply pumping the oil through filter cartridges containing the molecular sieve material.

They are fitted with a single moisture probe, which can monitor either incoming or outgoing oil. This is determined by the position of a bypass valve. When the outlet oil moisture equals (or exceeds) the inlet oil moisture, the filter cartridges may have reached saturation, indicating that they should be replaced. Each cartridge can theoretically hold one liter of water and there are four cartridges per dryer. The cartridges are quite expensive and at present there are no recycling options available. These units are designed to take inlet oil from the main tank at the bottom , and return oil to the conservator.

This design has the advantage of avoiding any Buchholz Relay (sudden pressure relay) issues should air get into the system. It has the disadvantage of exposing the newly dried oil to the conservator head space. In Powercor’s case, this head space is open to the atmosphere. These dryers have been used on nine transformers to date and a summary of the results follows. 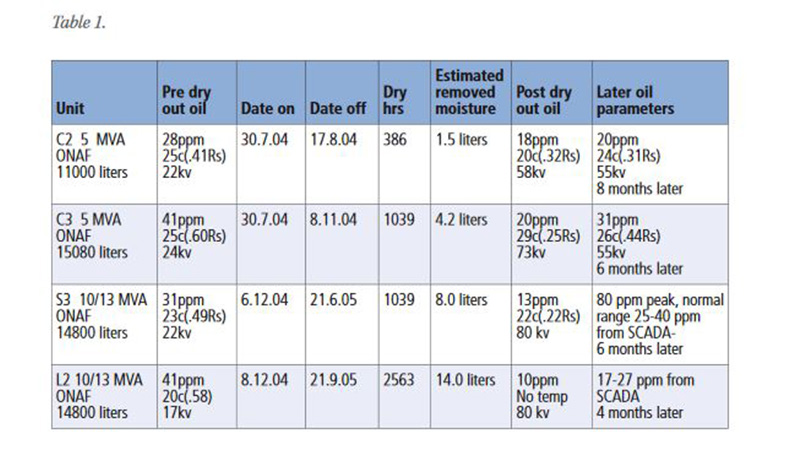 Please note: Oil parameters are from oil samples (i.e. KF and dielectric breakdown tests) with the exception of the “S3” and “L2” later oil parameters, which are from probes. The estimated removed moisture is based on the number of cartridge replacements and the moisture readings from the dryer inlet and outlet. Although the filter cartridges have a rated capacity of one liter, it was felt that, as moisture content reduced, they would stop removing moisture at less than that. In order to prove this, weighing canisters were made up, and cartridges were weighed submersed in oil when new and again when “full”. The resultant average weight increase was 641 grams, indicating a moisture content of 0.641 liters. It has been estimated that each filter set removes 2.6 liters of moisture at moisture levels of 10-20 ppm. It was also found that dryer performance improved markedly with the addition of an extra sealing washer in the filter clamping arrangement. The dryers were not run continuously but were switched off for periods to allow moisture levels to recover. A general rule of thumb for deciding when to cease filtering was when moisture levels remained consistent at less than 20ppm, or 0.2 Aw. Th e Vaisala monitoring probes have proved valuable in assessing this.

Figure 6: monitoring dry out. Figure 6 shows data from a permanent probe on the “L2” transformer during dry out over a 10 month period. Note the moisture reduction from the dryer, followed by moisture recovery as a new equilibrium between the moisture in cellulose and moisture in oil is reached. Note also that as the moisture levels reduced, the degree of variation in moisture over each daily load cycle also reduced.

Powercor has more recently purchased another on-line dryer which has a paper filter. This unit removes moisture by pumping the oil axially through a filter paper roll . Moisture migrates from the oil to the paper as long as the paper is drier than the oil. The unit has a quite sophisticated Programmable Logic Controller (PLC) controlled system which can re-dry the paper filter after each filter cycle. The unit is fitted with moisture probes on inlet and outlet oil and has a data logging and remote monitoring facility. The dryer is fitted with a moisture trap so actual moisture removed can be collected.

This unit has the advantage of a lot longer filter life than the molecular sieve units. The dryer is connected with inlet oil taken from the main tank bottom drain valve and outlet oil delivered to th e top oil drain valve. Dry outs have been carried out on three transformers so far and a fourth one is in progress. Table 2: results from dryer which has a paper filter.

Please note: Oil parameters are from oil samples (i.e. KF and dielectric break-down tests). As these dry outs are recent, follow-up oil monitoring has not yet been carried out. Some recovery of moisture levels is anticipated. Th is dryer also has the facility to run in “analysis” mode, whereby the filter is bypassed and oil is circulated and monitored by one of the moisture probes. This provides a monitoring as well as a drying capacity. Figure 7: typical filtering data. Please note: left axis (Aw) scale is 0 to 0.250; right axis (inlet oil temp) scale is 0 to 45 deg C. This example shows the characteristic saw-tooth pattern as the filter fills with moisture and is re-dried. Note the steady reduction in inlet oil moisture. The filtering time in this example has been set longer than necessary (12 hrs) as outlet moisture is overshooting inlet moisture.

On-line moisture monitoring can provide a valuable condition monitoring tool for transformers which have moisture issues, and also for revealing transformers which may have moisture issues perhaps undetected by routine oil sampling. A common observation i s that a single heavy overload-over temperature event can rapidly increase moisture in oil levels as moisture is driven from the cellulose and, significantly, the return of moisture to earlier levels may take quite a long period of time. However, monitoring alone will not fix anything. It is the action taken arising from monitoring which can deliver condition improvement. On-line drying usually delivers a rapid improvement in oil quality, but this improvement may not be permanent. Subsequent monitoring is prudent and will often result in another drying cycle being made. Effective on-line drying requires a sustained effort which may be required for many months.

Download Power ebook: We invite you to download an eBook and explore Vaisala Power instruments and services offering. 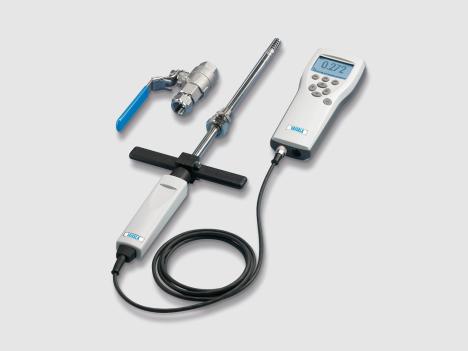 Handheld Moisture and Temperature Meter for spot-checking in oil MM70

for transformers and oil pipelines
Reliable MM70 is an ideal tool for the preventive maintenance of oil-filled systems. The water activity measurement...
Read more 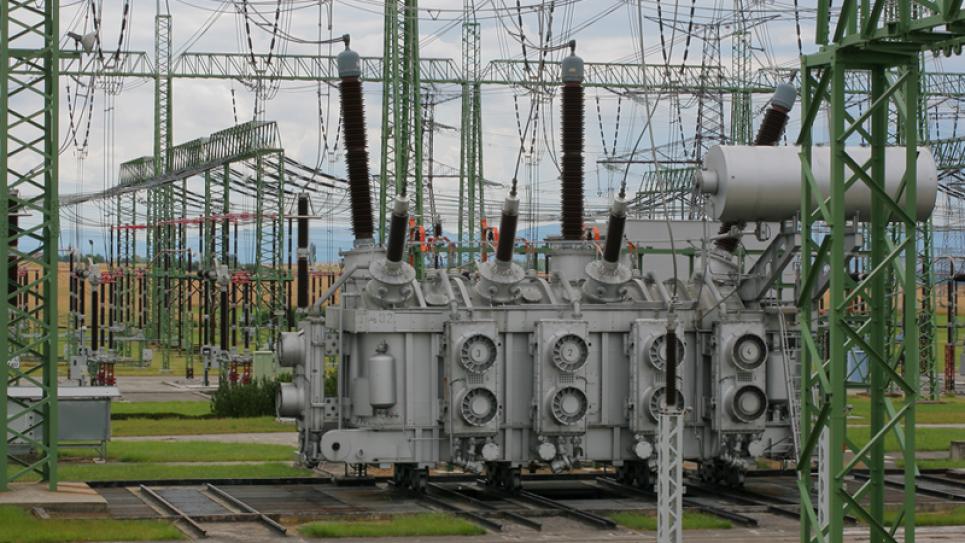 We invite you to download this eBook and explore Vaisala Power instruments and services offering.

Here you will have instant access to various tools that will help you with your applications needs including: