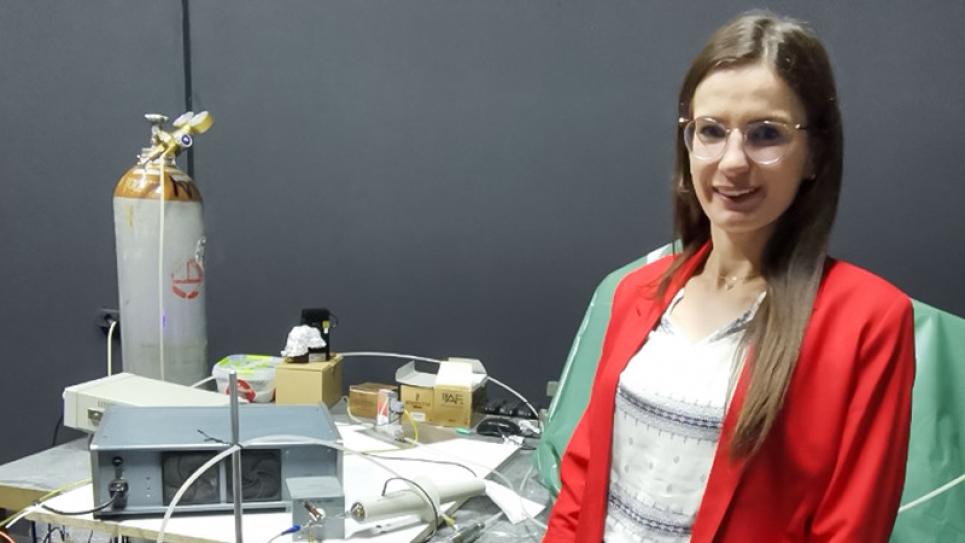 Plasma – one of the four states of matter along with solid, liquid, and gas – consists of positive ions, negative electrons, neutral molecules, UV light, and excited molecules which can possess a massive amount of internal energy. Plasma is created from gas in the same way that gas is created from liquid and liquid from solid: by applying energy.

Plasmas that operate under ambient conditions have become a valuable and increasingly popular tool in scientific research in recent years. At the Institute of Physics Belgrade, Serbia, Vaisala’s compact DMT143 dew point transmitters are helping researchers in their experiments to discover new applications for atmospheric-pressure plasmas, including treatment of cancer cells.

A versatile tool for biomedical applications

One of the European centers of excellence for plasma research is the Institute of Physics Belgrade, which is home to 25 laboratories and 200 research staff. Funded by Serbia’s Ministry of Education one of these labs focuses on applied research using low-pressure, room temperature plasmas. And it is here where we find Vaisala’s dew point transmitter technology playing a vital role in exciting new scientific discoveries.

“The past decade has seen the rise of atmospheric-pressure cold (room-temperature) plasmas in a variety of applications including medical and agricultural research,” explains Andjelija Petrovic, Junior Researcher. “Unlike hot plasmas, which can damage biological samples, cold plasmas are safe to use in these fields. They can help germinate seeds and kill cancer cells while leaving healthy cells untouched,” she continues. Other examples of applications of these types of plasmas include wound treatment, inactivation of pathogens like bacteria and viruses, sterilization of medical equipment, and decontamination of water.

The power of humidity

The effects of a plasma can be manipulated by adjusting the proportion of nitrogen and atomic oxygen in the gas mixture, amount and source of energy applied, pressure, humidity, and other factors. Today, plasma technology is common in industries as diverse as the automotive, microelectronics, packaging, and medical device industries, and plasma has to be adjusted to serve the differing needs of each one.

“Measuring and monitoring humidity in our plasma systems is very important because humidity plays an important role in the plasma chemical processes since dissociation of water (H2O) opens up a wide variety of subsequent plasma chemical reactions,” says Andeljija. “The products originating from the water reaction pathways, for example, hydroxyl radical (OH), atomic oxygen (O), and hydrogen peroxide (H2O2) generate oxidative stress in biological samples,” Andjelija explains. “In biomedical applications, changing the humidity has an influence not only on the plasma but also on the biological targets being treated, which can be cells or cell structures, liquids, or seeds.” 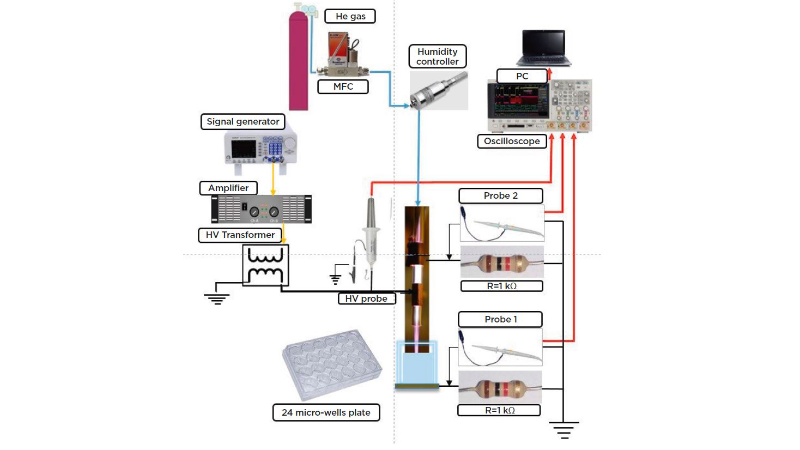 Vaisala DMT143 – a trusted member of the team

Because of the tiny scale of the plasma experiments that Andeljija helps to run, the Vaisala Miniature Dew Point Transmitter DMT143 is an ideal choice. “The gas is fed from a bottle into a glass tube that is just 6 mm in diameter and 20 cm long, with two electrodes inside to ignite the gas,” explains Andeljija. “The DMT143 is installed in the piping between the gas bottle and reaction tube. We can use it to see exactly what is happening with the humidity level before we start the gas flow and see how humidity influences the gas flow. Once we ignite the gas to create plasma, we can then accurately control the concentration of humidity using measurements from the DMT143 to influence the plasma chemistry as needed.” See the illustration above.

The lab has two Vaisala DMT143 devices and have been using them for about six years. “Accurate humidity measurements are absolutely critical in our work and we’ve relied on our Vaisala DMT143’s for several years. They’re really easy to use and because of their size we can integrate them without having to change our experimental l set up move them around as needed, Andeljija explains.”

As Andeljija and the team continue their research into new applications for plasma, their Vaisala DMT143 devices will continue to play an important role in breaking new ground in this promising field of scientific experimentation.

Read the article as a PDF.

All images: Courtesy of Institute of Physics Belgrade, Serbia. 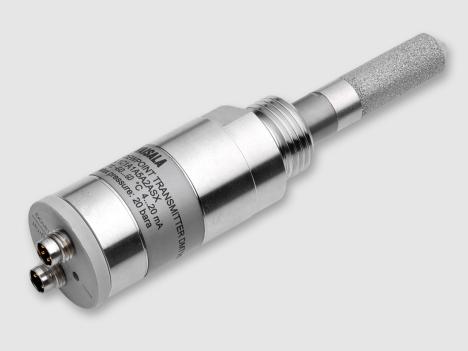