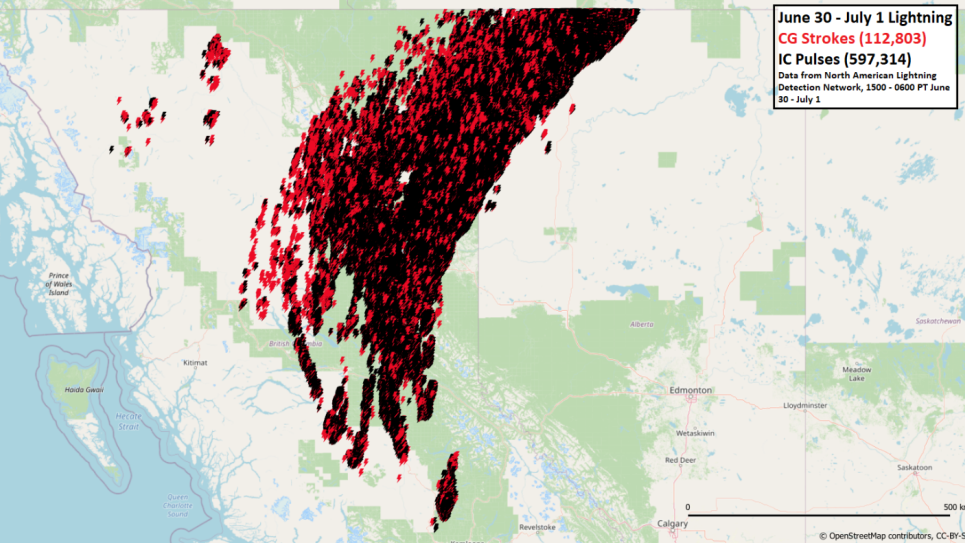 Just a day after a new all-time record high for Canada of 49.5°C was set in Lytton, British Columbia, numerous wildfires blazed across the province. Worsened by multiple days of record heat and dry weather, extreme fire behavior was observed on June 30. Numerous pyrocumulonimbus clouds were seen over the fires. Pyrocumulonimbus are thunderstorms that are generated by fires, and they can have significant implications for crews battling the fires.

Between 3 pm Pacific Time on June 30 and 6 am Pacific Time on July 1, more than 700,000 total (IC pulses and CG strokes) lightning events were detected over British Columbia and far northwestern Alberta. Of these events, 112,803 were classified as CG strokes. A back-of-the-envelope calculation suggests this is about 5% of Canada’s lightning in just 0.2% of the year! The map below shows the locations of each of the detected lightning discharges, which came from both fire generated thunderstorms and typical meteorological thunderstorms. 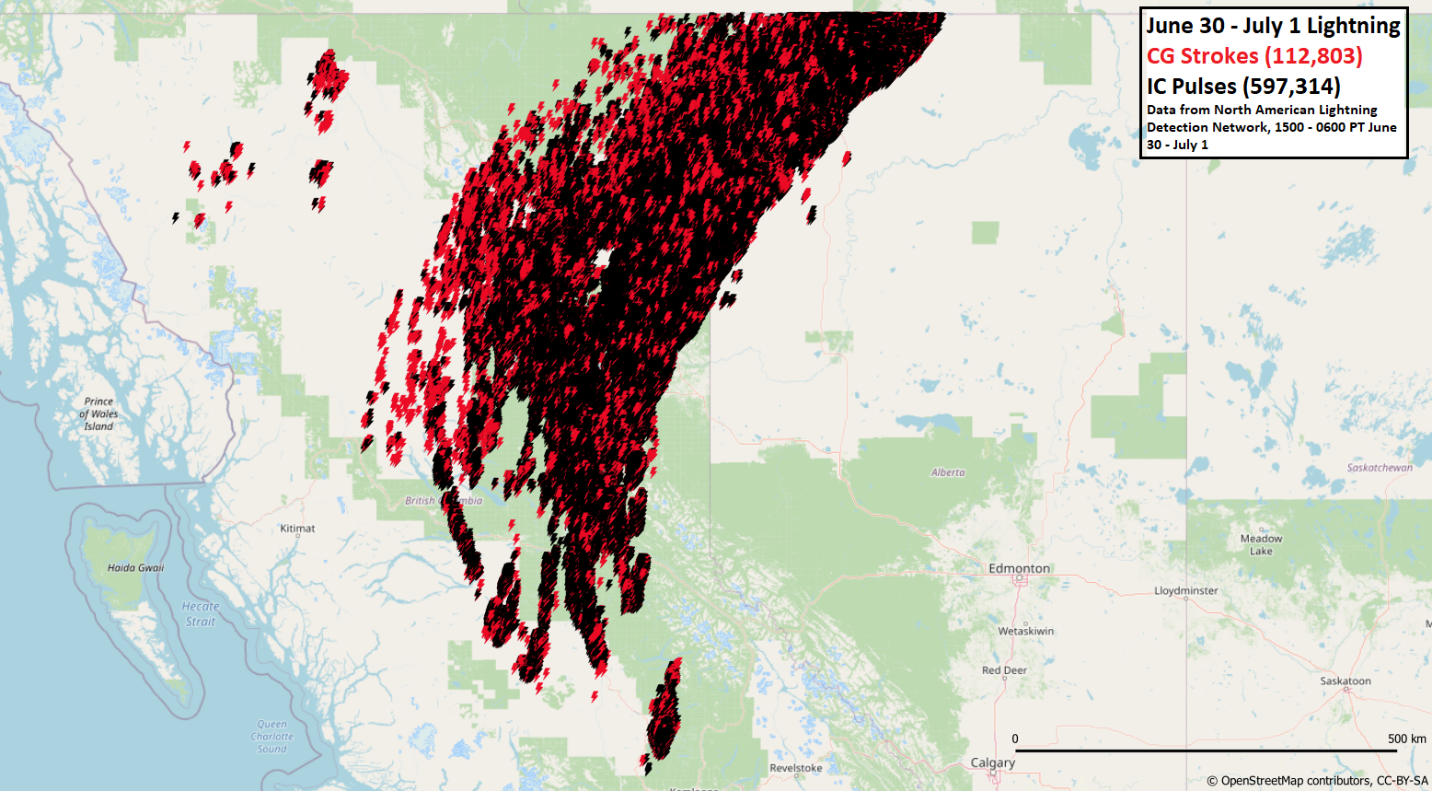 Adding lightning to fire is especially troublesome. For fire crews, lightning adds an additional level of danger and may force a retreat from the fire lines to keep people safe from being struck. And in extreme fire weather conditions, cloud-to-ground lightning can trigger additional fires. Each of the 112,803 CG strokes over British Columbia and northwestern Alberta yesterday had the potential to start a new fire, whether it was one of the 102,848 negative CG strokes or the 9,955 positive CG strokes.

The 2021 fire season is just getting started in the Northern Hemisphere, but meteorologists, emergency managers, and others tasked with monitoring wildland fires can count on Vaisala’s lightning detection networks like NALDN and Global Lightning Dataset GLD360 to keep watch for lightning 24 hours a day, every day of the year.