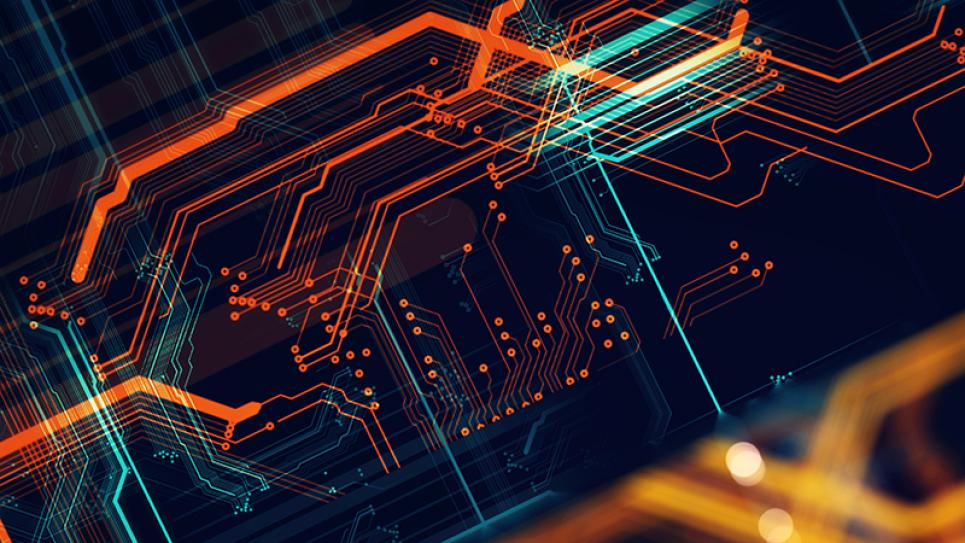 Although analog probes and data collection technology have a lot to offer, they also present several risks. Modbus is a digital communication protocol that overcomes many of these issues. In this first blog post in a series of three about Modbus, we introduce this established fieldbus protocol, discuss its benefits, and explore how it is implemented in Vaisala devices.

What is Modbus?
Modbus was developed by Modicon in 1979 and is one of the oldest fieldbus protocols available. The initial intention was to create an open protocol; thanks to the success of this strategy Modbus is now seen as an industry-standard protocol and supported by most programmable logic controller (PLC) brands because no licenses or proprietary hardware are needed and it’s free to implement a control system. Vaisala products use either Modbus RTU, which is built on the RS-232 or RS-485 protocol or Modbus TCP/IP, which uses an Ethernet network. One potential downside of Modbus especially in serial line communication (RS-485) is that if you have a multi-vendor configuration that uses instruments from different manufacturers in the same network, there may be some compatibility issues between the different brands.

The Vaisala Indigo201 analog transmitter
The Vaisala Indigo platform is used extensively in a wide range of challenging industrial applications. The product consists of an analog data transmitter attached to an intelligent, interchangeable probe that measures variables such as relative humidity and temperature, dew point temperature, carbon dioxide or hydrogen peroxide concentration. All measurements and calculations are performed digitally by the Indigo compatible probe, which is also capable of operating as a standalone unit without a transmitter. The probe passes the data on to the transmitter, which then sends it to a PLC in analog form. 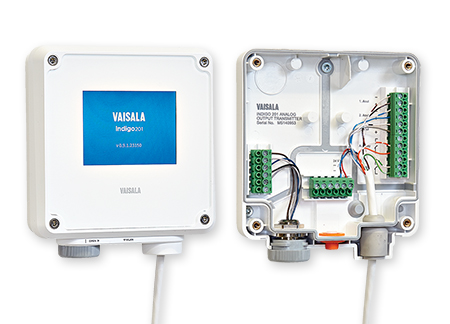 The issue with analog signal transmission
Typically, a digital humidity probe, in this case, a Vaisala HMP3, has two sensors – one that measures temperature, such as a PT100 sensor, and one for relative humidity, for example, a Vaisala HUMICAP® sensor; in reality, these sensors are actually measuring changes in resistance and capacitance respectively. The probe converts the analog signals into digital data, makes the necessary calculations for temperature and relative humidity, and sends the accurate digital data to the Indigo201 analog transmitter. The transmitter then converts this signal back into analog form to be transmitted via analog cabling to the PLC, where it is once again converted to digital data for processing and storage.

As might be expected, converting the digital data into an analog form in the data transmitter and then back to digital in the PLC or other control system will introduce additional error sources. Ensuring accurate measurements is important from both a quality and regulatory perspective, and one way to minimize errors is to use digital communication. This is where Modbus comes in.

The advantages of Modbus
The same probes that can be used with the Indigo201 are also compatible with the Modbus RTU digital communication protocol. Because Modbus uses digital communication, in addition to relative humidity and temperature the probe can also be used to measure many other parameters including dew point/frost point temperature, absolute humidity, mixing ratio, wet-bulb temperature, and enthalpy, as well as additional information such as device status, serial number, and security hash. Allowing the Modbus master to check the security hash status allows you to ensure that the sensor hasn’t been tampered with and that the probe configuration has not been altered. It’s also possible to connect multiple probes to the same network; with an analog system, this would require a substantial amount of additional cabling and (I/O) modules to be installed in the PLC system. Modbus also reduces the risk of data errors by minimizing conversions between analog and digital, making it a great option for digital data transmission.

Transmitter is not just an analog to digital protocol converter
Although the Indigo compatible probes can be used as standalone measurement instruments, the best usability is often achieved together with a transmitter that offers a local user interface, display, different power supply options, and some of them with the advantages of digital communication. The Indigo202 transmitter provides the same Modbus RTU as the probe and the Indigo500 series transmitters communicate with Modbus TCP/IP-protocol.

To learn more, watch the Modbus 101 webinar or or Contact us.

Vaisala HUMICAP® Humidity and Temperature Probe HMP3 is a general-purpose probe designed for processes with moderate humidity and temperature levels.