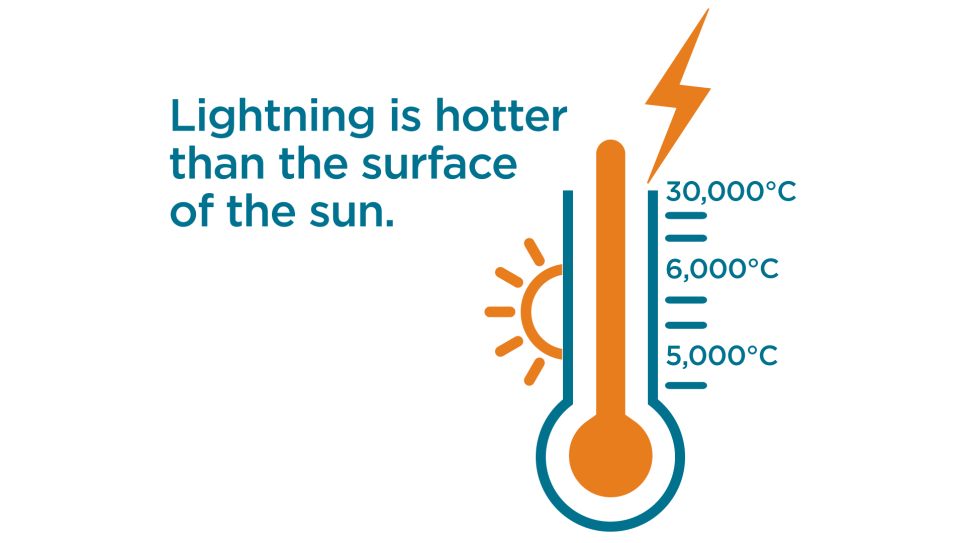 The 22nd annual United States Lightning Safety Awareness Week started on Sunday, June 19, 2022, and we at Vaisala are proud to support efforts to keep people all around the world safe from lightning. Throughout this week, we will be sharing information about lightning and lightning detection to help you be more aware of this weather hazard.

I keep hearing words like stroke, pulse, flash, and strike. What are they?

These are all words that refer to different lightning events.

In-cloud lightning flashes have large horizontal extents through clouds and individual electrical pulses through the flash are detected by lightning detection networks as in-cloud pulses.

What are some neat facts about lightning that I can use to impress my friends?

How is lightning detected?

11 seconds sounds fast, but can you tell us when and where lightning will happen? Can you predict lightning?

Scientists are still working to understand how lightning occurs and why some storms will produce more lightning than other storms in the same environment. The time and location of any lightning flash cannot be predicted. Sensors that measure the electric field or electrostatics in the atmosphere can detect the presence of electrical charge but cannot be used to say that lightning will occur in the area. These systems can over-warn for the potential for lightning or even fail to warn for lightning. Lightning detection data is the best way to be aware of thunderstorms moving towards your location.

When lightning has been detected nearby, what should I do?

The lightning safety adage is “When thunder roars, go indoors!” The safest place to be during a thunderstorm is in a sturdy structure like a house, store, or other building that has electrical wiring and plumbing running through the walls. If you aren’t near a safe structure like that, a fully enclosed metal vehicle is another safe place to be.

Oh yeah, I’ve always heard cars are safe because of the tires.

This is a myth. Cars are safe during thunderstorms because if lightning were to strike a car, the electricity would run through the metal shell of the car and not impact its occupants. Along those same lines, rubber shoes do not protect you from lightning either.

This is all great information, what more can you tell me?

We’ll have a lot more information about lightning and lightning safety this week on our blog and social media accounts. Be sure to check the other blogs that we’ve posted about lightning on Lightning fast facts.