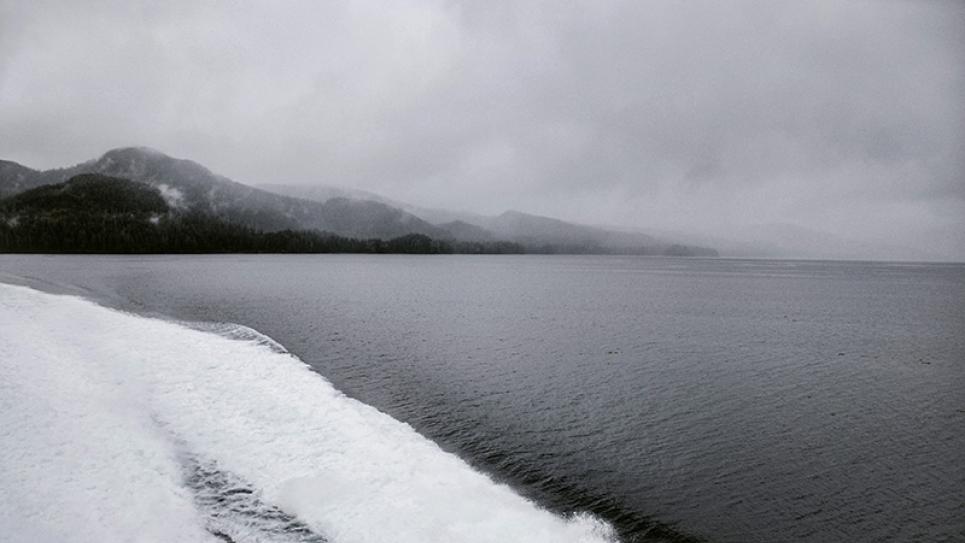 On February 21, an Alaska Airlines flight from Juneau, Alaska, to Sitka, Alaska was struck by lightning as it descended into Sitka. The plane has since been taken out of service for inspection. Aircraft are estimated to be struck by lightning about once every one-thousand flight-hours, so hearing that a plane was struck isn’t a big surprise. Modern aircraft have lightning protection built-in as part of their design and most of the electric charge dissipates as it travels around the skin of the aircraft – so passengers and crew are safe from electric shock.

Naturally, when I read about the plane being struck by lightning, I decided to look at the data – and not just the lightning data. Join me as I look at the aircraft location data, upper air measurements, and lightning data, to examine this event in more detail.

The data reveal that the lightning that struck the aircraft was a powerful 129,000 Ampere positive cloud-to-ground stroke. It was also the only lightning event nearby, the next nearest lightning event detected by Vaisala was north of Hawaii – almost 3,000 kilometers away!

If there was no other lightning anywhere near the event that struck the airplane, what exactly happened? The aircraft triggered the lightning! Last year, as we prepared for the launch of NASA’s Perseverance rover, we spoke about rocket triggered lightning. The same thing can happen with airplanes.

Sitka, Alaska, sits between Yakutat, Alaska, and Annette Island, Alaska. The two Skew-T diagrams above show the atmosphere the airplane flew through. These atmospheric profiles were created with data from Vaisala RS41-SGP radiosondes launched by AUTOSONDEs and reveal a conditionally unstable atmosphere. Instability helps electrical charge develop by allowing convection to cause collisions between precipitation particles in the clouds. In particular, the sounding from Annette Island shows conditional instability and a saturated environment in the -15° to -25°C region. This region is the primary charge development region for thunderstorms.

As the airplane flew from Juneau to Sitka, it flew through the charge region twice – once on take-off and once as it was descending. On the descent into Sitka, the airplane likely brought positive electrical charge into a negatively charged region. This would have triggered the lightning stroke.

For aviation meteorologists, accurate lightning locations are important to help pilots avoid thunderstorms. Triggered lightning when there is no natural lightning occurring will continue to be a challenge for aviation but understanding the conditions that lead to these events can help prevent lightning strikes to aircraft.

You can find further information on lightning near airports on our website.