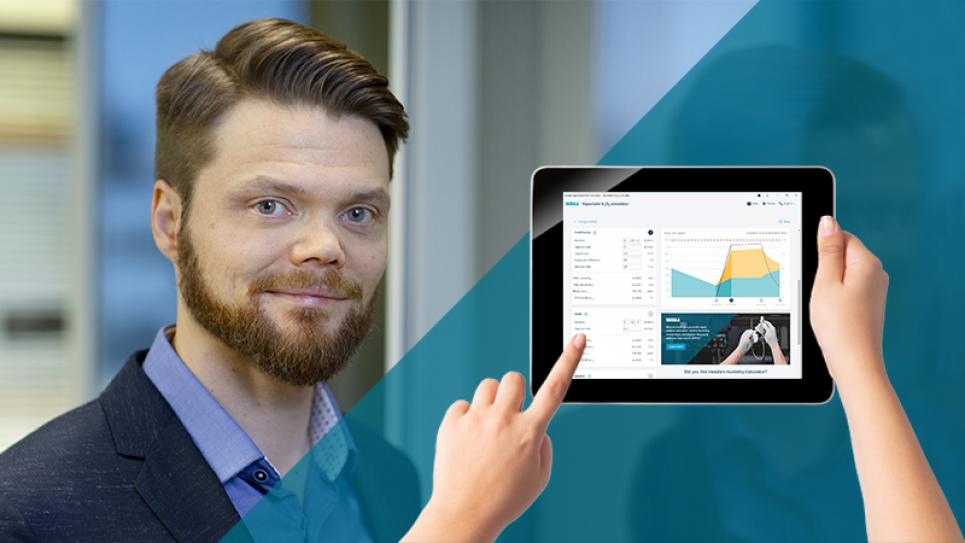 If you attended our webinar on how to use our vaporized hydrogen peroxide calculator and asked a question, you’ll find the answer below…
If you haven’t yet seen the webinar, you can watch the recording and try the calculator.

Question:
What is the level of airtightness the VHP’d room should have to avoid H2O2 leakages in the corridor and prevent personnel exposure (>1 ppm?). Also, is there any guidance to follow for cleanroom air-tightness testing recommended? (For example: VDI 2083 Blatt 19, German standard). Finally, are gas-tight doors recommended or is there a cheaper alternative to prevent personnel exposure in the nearby areas?

Joni’s Answer:
The topic of air tightness is beyond the scope of Vaisala expertise. Vaisala’s HPP270 probes measure vaporized hydrogen peroxide for monitoring and control of vH2O2 bio-decontamination.  With that stated, I will offer a few thoughts. The best protection is achieved with gas-tight isolation. A cheaper option is to control the differential pressure in a way that the area being decontaminated has a lower pressure than the surrounding areas. This approach has its own risks depending on how much the environment leaks. Leaking points have a constant “air extrusion” from the safe environment and therefore may create areas, where vH2O2 cannot reach and bio-decontamination fails.

Question:
What probe and transmitter combination do you recommend for vH2O2 bio-decontamination in a cleanroom?  Also, it is necessary to place the HPP270 probe at each sampling point along with a bioindicator?

Joni’s Answer:
Our HPP272 can be used as a standalone measurement instrument, so you don’t necessarily need a transmitter, that’s if you are ok to use two analog outputs. (Video blog on using HPP270 probes as standalone devices.) Alternatively, you can set-up a digital communication with Modbus RTU. (Video blog on how to connect HPP270 series probes with Modbus.)

Alternatively to standalone or Modbus, using an Indigo transmitter will bring additional features, such as local display, more power options, and more analog outputs. If analog outputs are used, I would personally prefer to have a transmitter, either Indigo201, or Indigo520, since there are at least three parameters you most likely want to monitor and control:

To answer your question about probe placement inside the process, I recommend finding a location that represents the average conditions in your process. You need to know the highest and lowest temperatures in the application. It's the same with bio-indicators; these should be positioned at a location that represents the average as well as the extreme conditions, such as temperature. You can also place them where you suspect that there may be issues with air circulation.

Question:
Regarding the relative saturation value, I know the psychrometric table and I use it and I know there is a limit for water up to saturation. When H2O2 is vaporized, is it that both (H2O and H2O2) share that capacity? Or is there are an extra capacity? I used to think that it is only one capacity that have to be "shared".

Joni’s Answer:
You are quite correct. Both gaseous components share the same capacity of dissolvable gas in air. For example, in a situation where you have relative humidity at 100%, there is no extra capacity for vaporized H2O2. Basically, you can’t add any vaporized hydrogen peroxide in an environment that is already fully saturated by humidity. Learn more in this blog on the relationship between humidity and vaporized hydrogen peroxide.

Question:
What is the normal PPM used for decontamination in pass box, airlocks, or similar enclosure?

Joni’s Answer: I’m sorry, my answer is going to be a bit vague because Vaisala’s expertise is mostly limited to measuring the ppm concentration and saturation level, not the actual log reduction. My understanding is that the concentration of isolators and transfer hatches can range from 400 to 1200 ppm. Many studies have shown that the ppm concentration is not the only factor that impacts log reduction. The relative saturation level also plays an important role. Biological reduction is more effective when the environment is close to saturation.

vH2O2 Calculator:
How to simulate conditions in bio-decontamination processes

In this webinar, Vaisala Product Manager Joni Partanen guides you through how to use Vaisala’s vH2O2 calculator. Joni will also talk about the possible differences between the theoretical model and real data, such as the effect of materials, vapor generators, HEPA-filters etc. Learn why it is important to take control of the process with accurate measurements.

Learn more about how these calculations are derived in our technical eBook on vaporized hydrogen peroxide calculations. Get the PDF.