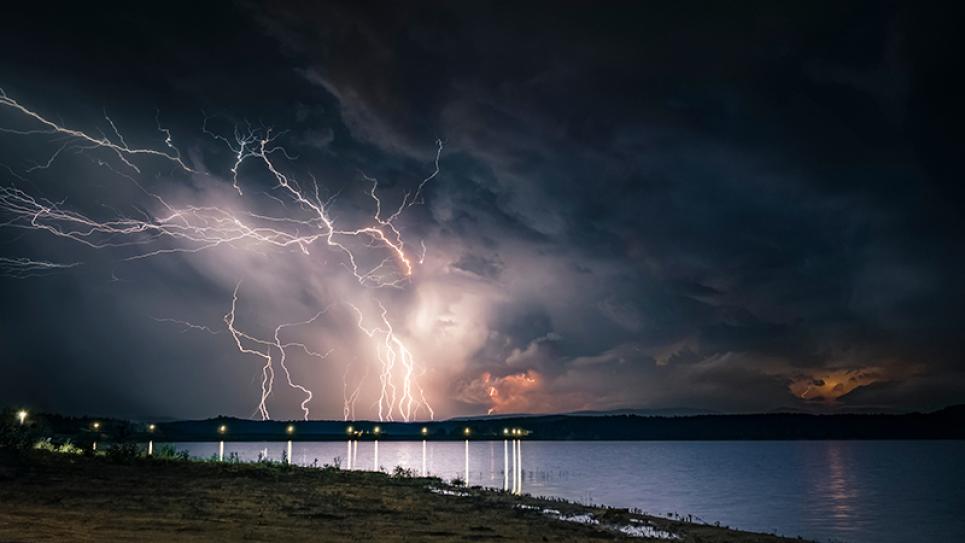 An important part of building lightning safe communities is an awareness of when, where, and how much lightning occurs. These details about lightning allow safety experts and preparedness specialists to develop strategies for improving lightning safety awareness and education efforts around the world. Thanks to data from Vaisala’s National Lightning Detection Network NLDN and Global Lightning Dataset GLD360, that information is at our fingertips.

Lightning also occurs over the oceans, potentially hazardous to shipping and aviation. The latest map release has made oceanic lightning data available for viewing. You can view oceanic lightning as density contours, like in Figure 1, or accumulated in Longhurst Ecological Provinces or NAVAREAs.

As we recognize the start of Lightning Safety Awareness Week 2021, we hope this updated interactive lightning map increases your awareness of how much and where lightning occurs around the world. Lightning can and does occur from pole to pole all around the world, so whenever thunder roars, go indoors!