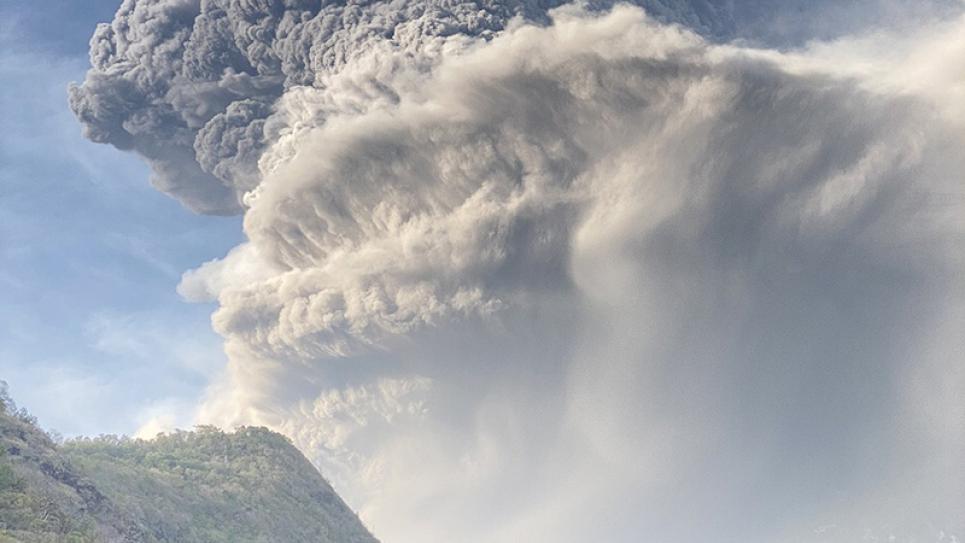 We’ve written about volcanic lightning multiple times in recent years. Combining two of nature’s great forces – volcanoes and lightning – it certainly is an interesting topic, and it catches attention when it occurs. It’s no surprise, then, that our attention was captured when La Soufrière, a volcano on Saint Vincent in the Lesser Antilles, began a series of explosive eruptions on the morning of April 9, 2021.

Volcanic eruptions bring significant hazards to aviation, life, and property, so it is important to monitor volcanoes in real-time. Many volcanoes are heavily instrumented, monitoring their shape, tilt, earthquakes, and gas emissions. Satellites keep constant view for ash plumes and gas emissions. Even ceilometers can be used to monitor volcanic ash as it travels around the world.

But did you know lightning detection can play a vital role in volcano monitoring? It is not uncommon that volcanic eruptions produce lightning, as we have discussed in previous blogs. Global Lightning Dataset GLD360 has detected lightning in the eruptions of Anak Krakatau, Bogoslof, Taal, and others in recent years.

Between April 9 and April 12, GLD360 detected more than 1,200 in-cloud and cloud-to-ground lightning events associated with the ash plumes of the explosive eruptions. The image below shows GLD360 lightning detections and satellite data from one of the La Soufrière explosions on April 9. The bright white cloud to the east of Saint Vincent is the ash plume drifting with the winds and the colored dots, squares, and plus signs are detected lightning events. The combination of satellite and lightning data helps meteorologists and volcanologists identify where dangerous ash emissions are located. 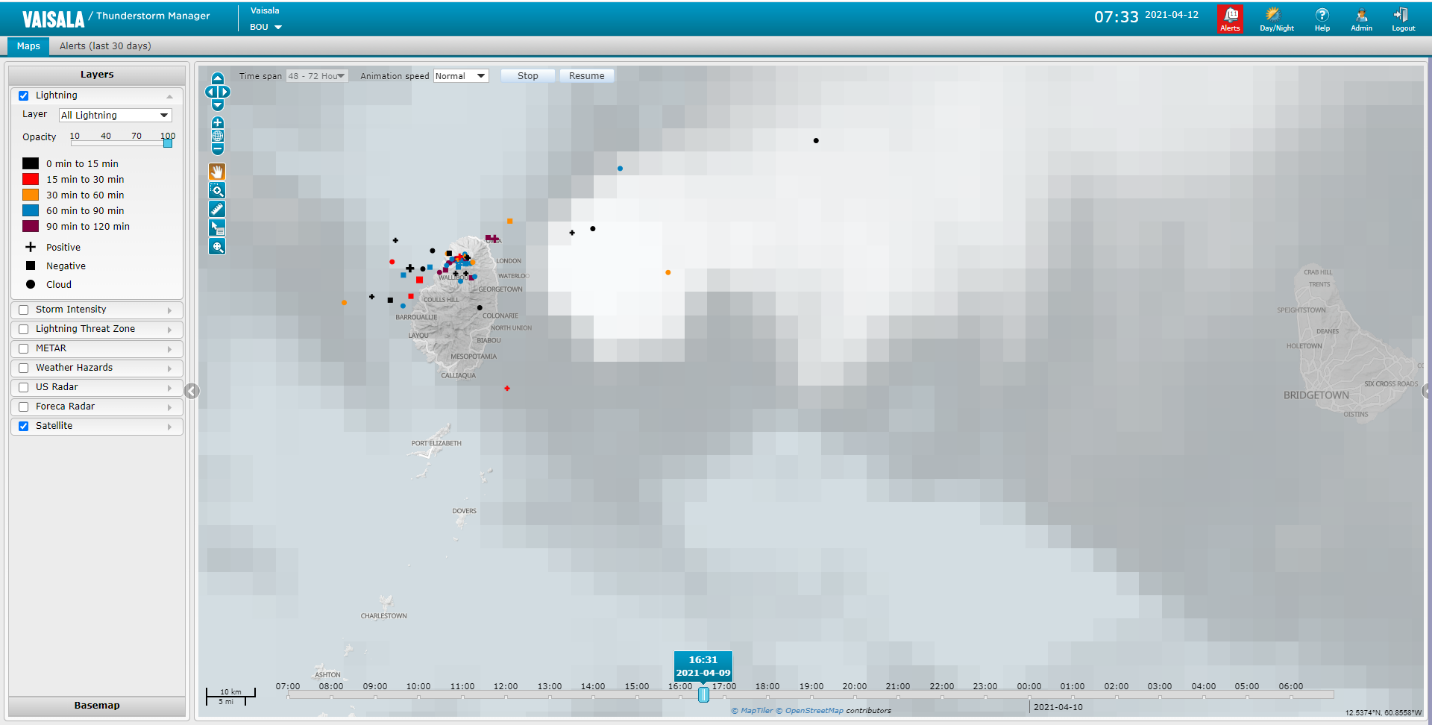 With each new explosion from the volcano, more lightning was produced. A loop showing the ash plumes and lightning between April 9 and April 12 is available here. GLD360 provides new data within 35 seconds of lightning being detected. Satellite imagery typically updates every five minutes, occasionally as quickly as every minute. In volcanic eruptions that produce lightning, real-time lightning data can provide advanced notice of new eruptions by as much as four minutes. This faster alerting can help provide advanced warning for improved safety.

With each new lightning producing volcanic eruption, scientists are learning more about the phenomenon. These learnings will help volcanologists and meteorologists improve volcano alerts in the future, keeping flights, people, and property safer.